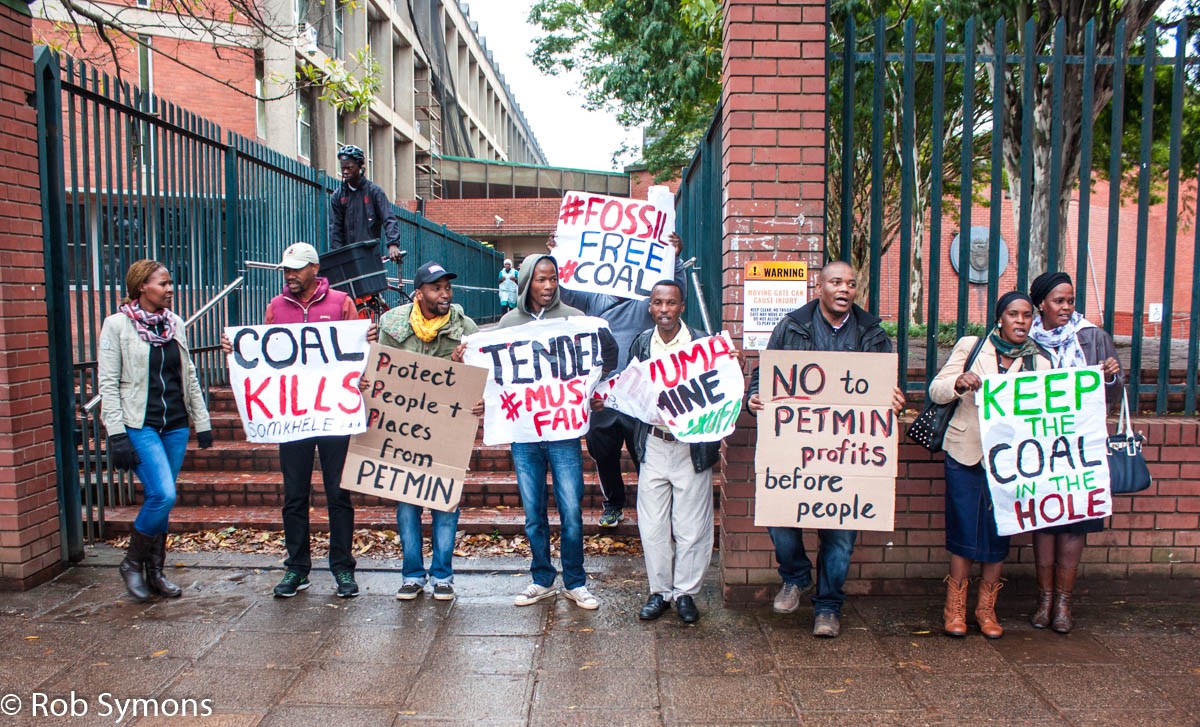 WoMin’s initial article, dated 7 September, was based on participatory action research (PAR) led by women in the Somkhlele and Fuleni communities in northern KwaZulu-Natal. It addressed the water crisis there resulting from the combined effects of coal mining and drought. WoMin’s reply here is written in partnership with women activists from Somkhele and Fuleni, who closely follow the operations of the Tendele mine and have been involved in numerous attempts to have the mine fulfil its obligations to the impacted communities. This response has been supported by the Centre for Environmental Rights (CER) and the Global Environmental Trust (GET).

The main message of this reply is that impacted people in Somkhele have been seeking response and assistance from you at the mine for more than five years. These efforts date back to at least June 2011, when an attorney from Cullinan & Associates was mandated to meet with the mine to discuss the many concerns of affected people in Somkhele. The local women activists we work with tell us that “all of our efforts to meet with the mine have failed.” In March of this year, hundreds of Somkhele community members marched to the mine but have yet to receive a response to their memorandum, which also addresses the water crisis. In your detailed letter of response you offered “to meet with you and your colleagues, and the community members organised within WoMin”. Women we work with “welcome the invitation to meet with the mine”. In their words “we want to speak for ourselves”.

Space does not permit a full response to all of your claims and allegations and so we focus on five main issues.

Firstly, in response to your assertion that the mine “has for nearly ten years operated in full compliance with all national legislation governing mining, including the use of water in mining operations”, we say that your reply is false. In a 2011 response to a Parliamentary Question and Reply (PQR) regarding mines operating without water use licences (WULs), the then Minister of Water and Environmental Affairs presented Parliament with a list of mines. It included the Somkhele Mine. Earlier this year, a Member of Parliament (MP) asked for a list of mining companies that had been issued water use licences in the 2013–14 / 2014–15 / 2015–16 financial years. This list indicates that a WUL for Somkhele was only issued in August 2014.

You argue that “Tendele first submitted an Integrated Water Use Licence Application (IWULA) to the Department of Water Affairs and Forestry in KZN in May 2002, with another application in 2006. These licences were still pending when we commenced operations in 2007, and our initial period of operation was with the approved use of water under a licence held by another lawful user”. The National Water Act (NWA) does not permit water use “under a licence held by another lawful user”. Each water user must obtain its own licence. Tendele has, therefore, not been in full compliance with all national legislation governing mining, including the use of water. Instead, you were in direct contravention of those laws for the first 7 years. 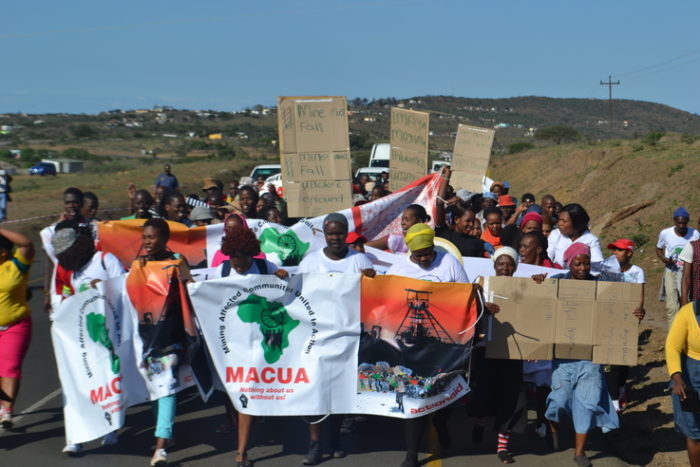 ‘Tendele Coal Mine Must Close’

Secondly, you say that you have created jobs and invested in development in the community. Affected women in Somkhele concede that there may have been some investments at the Kwamzane township where most of the migrant mine workers stay. However, they maintain that directly affected communities close to the mine – eSyembeni, eMachibini, Dubelenkunzi, Myeki and eZimambeni – have not benefited from the community infrastructure and services the mine claims to have delivered. They contend: “We believe the mine will say anything for its image. Tendele is lying because we have seen none of these benefits.” Women in the community observe that many mine jobs offered to community members, generally men, are three month contracts. Most of the “permanent” posts have gone to male migrants from other parts of the country. WoMin and women in Somkhele kindly request that the Tendele Mine furnish a list of these thousand jobs they claim to have created with the names of those employed and the villages they come from.

This is an important part of the mine’s accountability to the local affected communities. As we do not have a copy of Tendele’s social and labour plan (SLP) and/ or audits done against your SLP, we cannot comment on the details you claim here. Has Tendele invited the wider community, and not just the Mpukunyoni Tribal Authority, which is a contested structure, to give input to the SLP, and if so, on which dates and involving which people? Which groups in the community have a copy of the SLP? Has an independent audit been done to ensure compliance with the SLP and if so, which community institutions have received copies?

Thirdly, Tendele mine states that it has “no record of having polluted water, and we have a rigorous monitoring system… independently verified and monitored by independent environment and water consultants … ”. Research undertaken by Greenpeace, the University of Cape Town’s Energy Research Centre and groundWork (references available) inform us that it is impossible to mine coal without polluting a water resource. Indeed, the WUL acknowledges this reality and requires that the pollution is mitigated so that it is not “unacceptable.” Since 2014, when Tendele began its lawful water use, it had to conduct its water use in accordance with the conditions tied to its WUL. The licence requires “disposal of waste in a manner that will not be detrimental to a water resource” (Annexures I & V). Members of the community strongly believe that the water they use is polluted, causing infections of the skin, eyes and reproductive organs. Tendele needs to substantiate its claims of not having polluted water by furnishing WoMIn and local groups with their water monitoring reports. This is essential to assure members of the community that their health is not at risk. 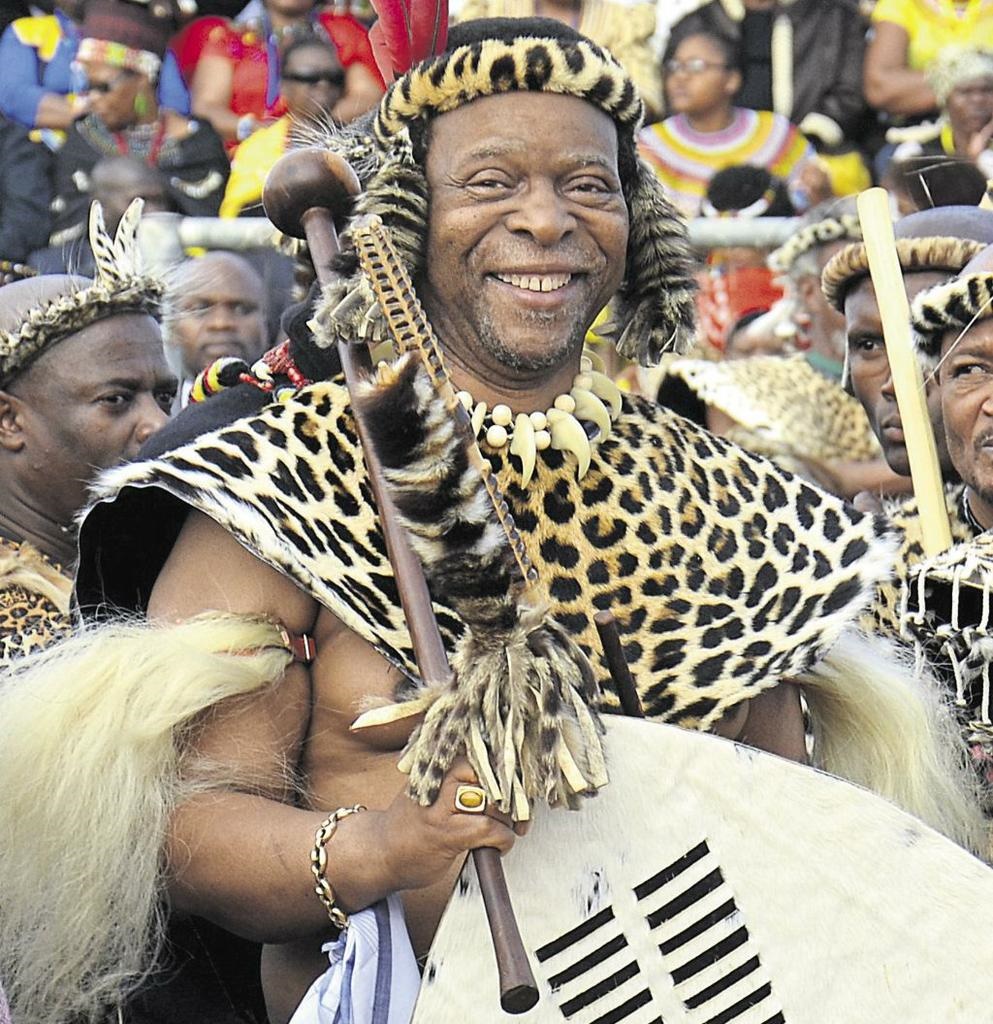 Fourth, you say that you have brought water to the community, as a voluntary service. The PAR informs us that members of the community are not aware of any water services provided by the mine. Once again, we invite the mine to furnish information on its community water services to local community groups, WoMin, and the other NGOs and environmental groups it claims to have a cordial working relationship with. In light of the mine’s own recognition of the “difficult conditions experienced by the local community as a result of a serious drought”, women in the community and WoMin also request that you act with urgency to investigate allegations that the waterkans it claims to provide as a “voluntary service” are charging community members R600 for 5 000 litres of water. This is unethical, unlawful and alarming given the high levels of unemployment and poverty in the area.

Finally, you claim that “We do not compensate people for the land because it is owned by the King and managed by the Ingonyama Trust Board (ITB), to which we pay a surface lease”. Indeed the land in question does vest in the Ingonyama (King) to be “administered on behalf” of members of communities. The powers of the trust and of the King are limited by the law which requires that the land rights of individuals and communities be respected by the Trust. Communities living on Ingonyama Trust land, furthermore, have strong protections in terms of the Interim Protection of Informal Land Rights Act, 1996 (IPILRA) which provides that people who enjoy informal land rights may not be deprived of such rights without their consent.

The perceptions of local people, grounded in observation and lived experience, stand in direct contradiction to your claims, and your social contract to operate is therefore under dispute by affected peoples, in this case women. We conclude by confirming that the women of Somkhele and Fuleni welcome your invitation to meet, and look forward to the opportunity to directly convey their experiences, their complaints and their demands to you.