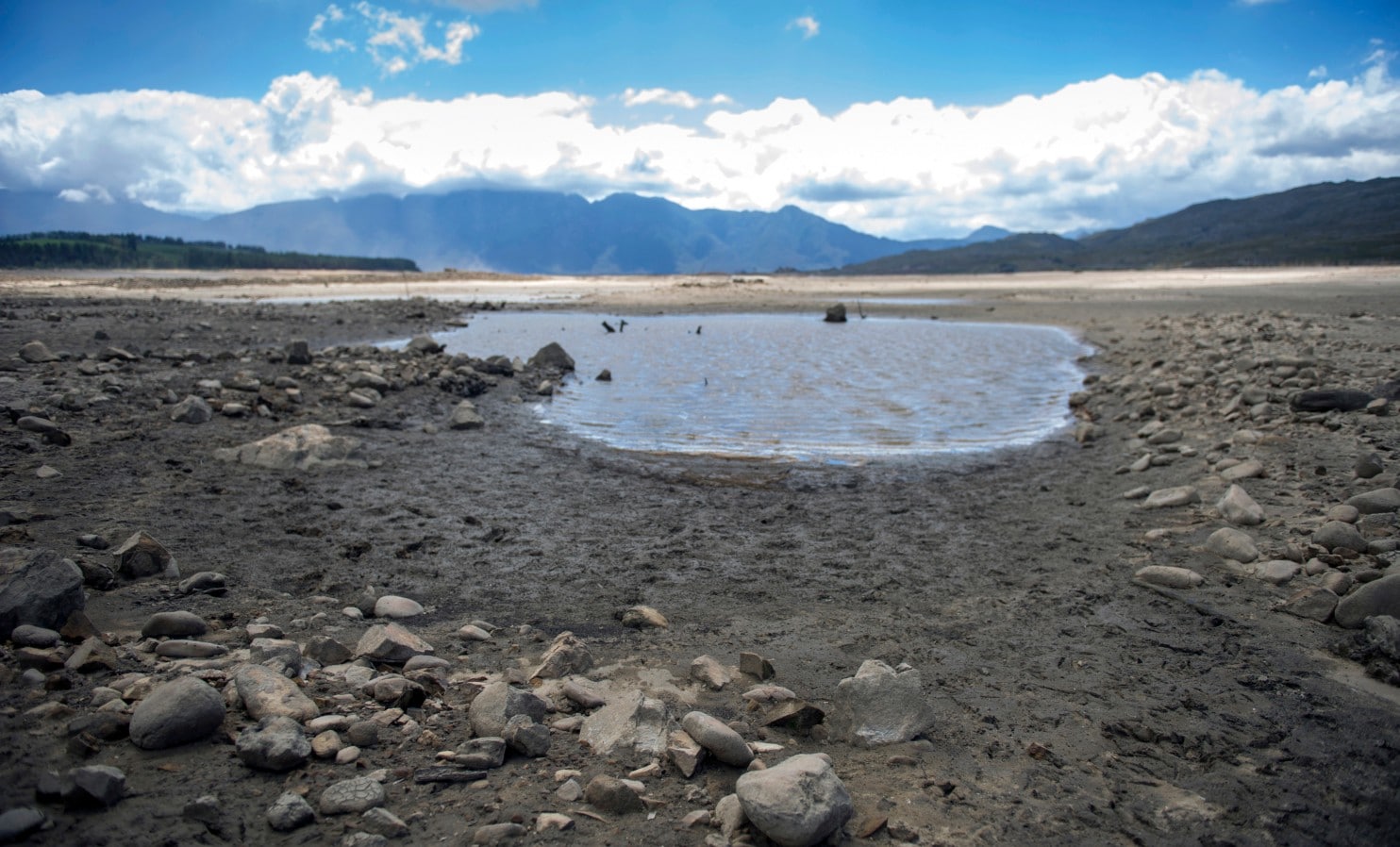 Cape Town, a port city situated in a natural bowl to catch fresh rainwater, is the world’s first major city running out of water. It’s dam levels fell below 30 percent in the first week of this year and Capetonians are now waiting for the day zero, the day the City turns off the taps and residents will have to collect their daily 25 litre water ration at one of 200 public distribution points. And it’s not only Cape Town. Droughts are affecting peoples lives all over South Africa.

It is urgent to respond to this crisis, before more and more cities taps will run dry. The response to the water crisis should be contingent on whether we attribute this water crisis to climate change or if we just put it downs as a freak of nature. So firstly, it is important that people are aware about what mainstream media isn’t focussing on. The drought is not only a unique and unusual extreme weather event, but a consequence of global warming caused by man-made climate change. Of course, there will still be rainy winter seasons, but the average rainfall is declining and extreme weather events are more and more likely to happen in the years to come.

This means that we as people will have to change our relationship, attitude and habits towards water. Water is a vital element in each of our lives, not only is it essential to our health, but also needed for a numerous of household tasks. With rising water scarcity this source is becoming more and more precious and drinking water should only be used when it is absolutley necessary.

But we do not only have to change our individual attitudes as citizens and try to reduce our consumption, there needs to be infrastructural changes made by the national governments as well. Right now, the drought is being used as a political football with the ANC and DA playing the “it’s not us, it’s them” game, while in the meantime us, the people, will suffer and the situation will only get worse. 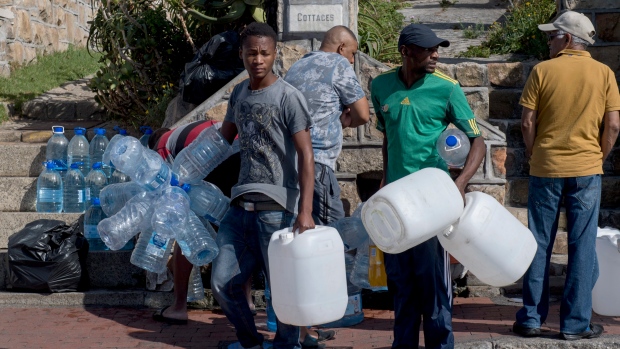 Capetonians are stockpiling water as “Day Zero” is coming closer.

How  should we and the government respond to the crisis and what mesures should be implemented?

1. We need to change our habits and the way we use water. We must act in a more water-saving and sustainable way in order to ensure that future generations will still have water.

2. There needs to be the immediate rollout of rainwater harvesting tanks at all public buildings, and subsidies for all households, ensuring that no water is being wasted. There is 3-4 times more rain falling down in Cape Town than is currently being used.

For more information about Cape Towns drought read “EMG’s guide to the Cape Town Drought” or listen to UCT lecturer Dr. Kevin Winter speaking about “Cape Towns Water: What does the future hold?” .