Xolobeni Community to SANRAL: “Cease and desist from all activities in Umgungundlovu”.

Amadiba Crisis Committee 2017-03-23:
Xolobeni Community to SANRAL:
“Cease and desist from all activities in Umgungundlovu”. 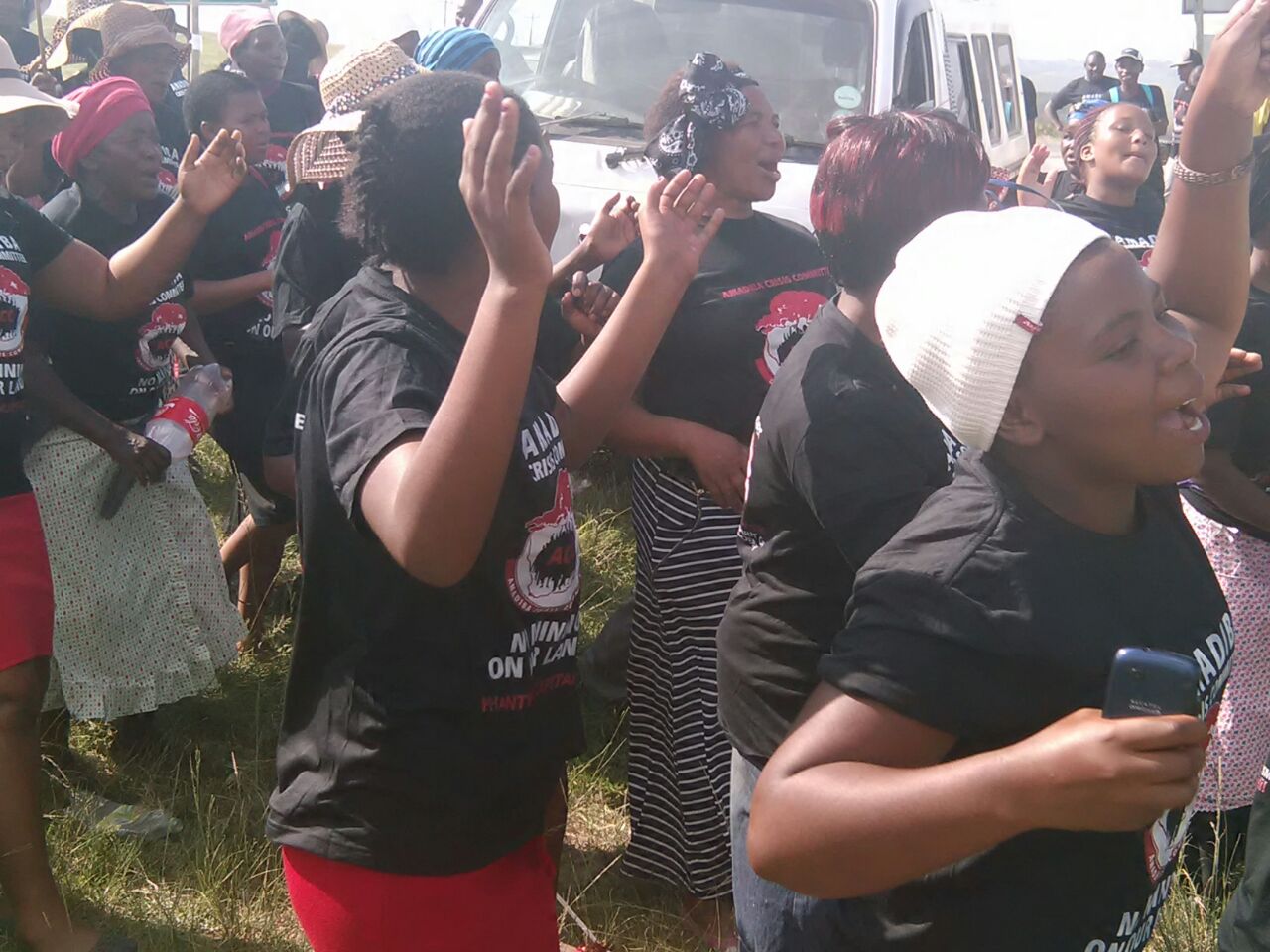 On 14 February, SANRAL’s new CEO Mr Macozoma got an invitation delivered by hand in Pretoria from Umgungundlovu Traditional Authority (TA) to discuss the N2 “Green Fields” Wild Coast Toll Road, which the community challenges in court. He responded positively at that time. Three weeks ago, the TA asked community leader Sinegugu Zukulu to suggest 23 March. Despite numerous contacts, there was no confirmation. Not even Chief Ayanda Faku from the Royal AmaMpondo House of Qaukeni could get an answer from SANRAL regional office in PE, despite that the Queen of AmaMpondo planned to attend. Monday 21 March, Mr Macozoma wrote to Mr Zukulu that he has been available, but was waiting for his regional office to confirm.

Instead of coming, Mr Macozoma has let his staff go ahead with road building preparations. We give only one example. People from Bekela village told Komkhulu today 23 March how SANRAL came with a truck to drill for water on Sunday. The staff said they have permission from members of the mining lobby. “Anyway”, they “don’t need any permission”.

They were chased. But they were told to come today 23 March to Komkhulu. Instead they came the same night, in the dark. They drilled a deep 1m diameter hole in the ground, dangerous for both people and livestock. In Mdatya and Sigidi, SANRAL staff were also stopped by the community on Sunday, and referred to today’s meeting. They did not come. But they came back to Mdatya on Human Rights Day, when the whole community was at the Radebe homestead for Commemoration, one year after Bazooka was killed.

Today 23 March, 200 attended Komkhulu. 155 signed the attendance register (attached). People from Amadiba inland were here with us on the coast today. They have been abandoned by the Chief, Mining Director Lunga Baleni. They will be driven from their land by SANRAL. It has already started. Nobody is talking to them. They are completely disrespected.

We are instructed by the meeting at Komkhulu today 23 March 2017 to say exactly the following in a short letter from the Traditional Authority of Umgungundlovu to the new CEO of :

“Starting from now, SANRAL will cease and desist from all activities in our community. If you don’t respect this, we will tie up your staff and keep them here by us, until their father comes and fetch them.”

We have decided to let this be an open letter.
Amadiba Crisis Committee: