The second session of the Southern Africa Permanent Peoples’ TNC’s 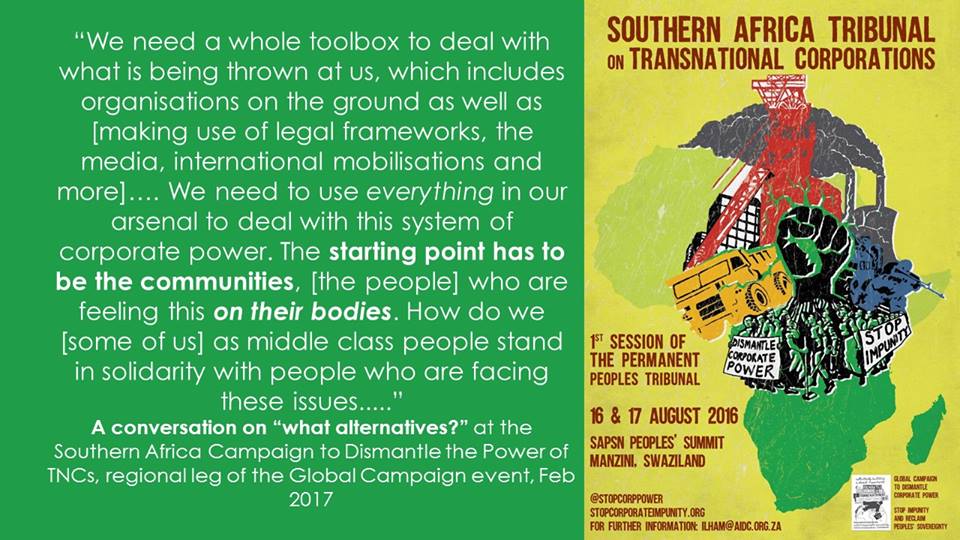