In defence of the constitution

In defence of the constitution

Yesterday Prof Mark Swilling reflected on State Capture and the Shadow State, at a public meeting at AIDC.

Swilling predicts that, if the Independent Electoral Commission (IEC) of South Africa is captured, we can expect a diminished threat of authoritarianism, but if it is not captured he cautioned that there can be a manufactured crisis to legitmise increased militarisation of the state.

Below is an excerpt from the play, “A man for all seasons” by Robert Bolt. The excerpt underscores the importance of a liberal constitution and the rule of law: 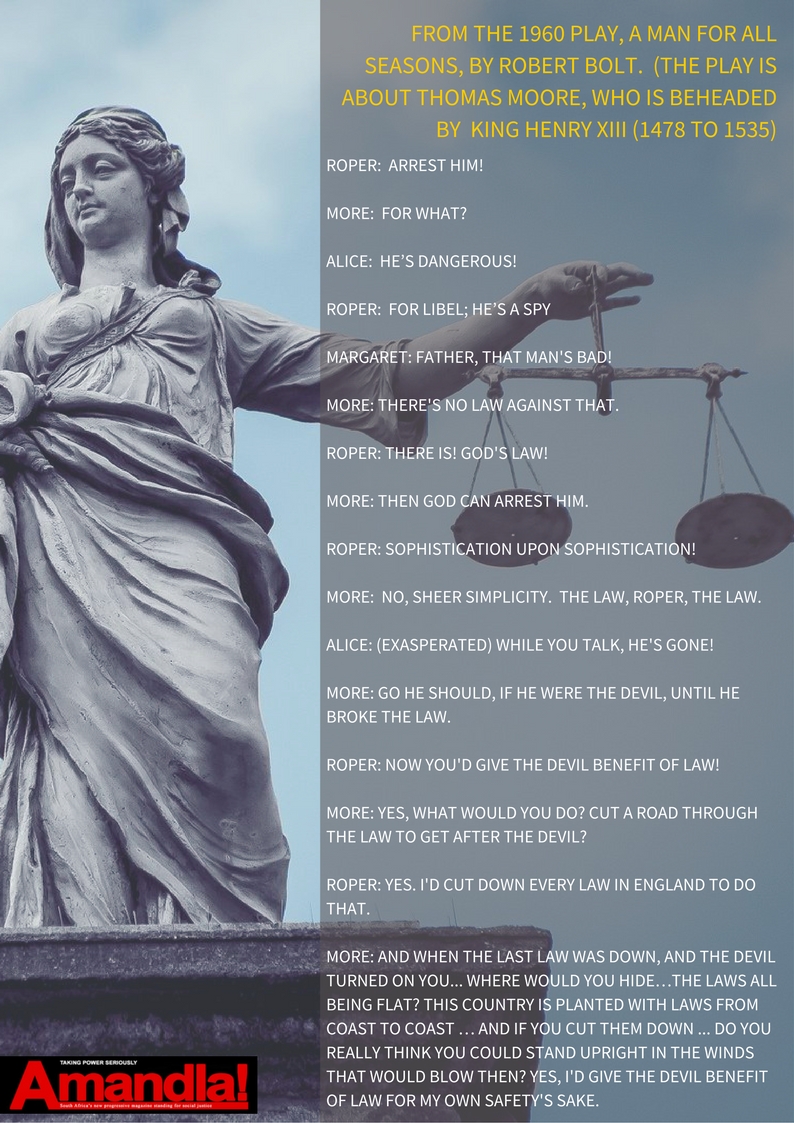