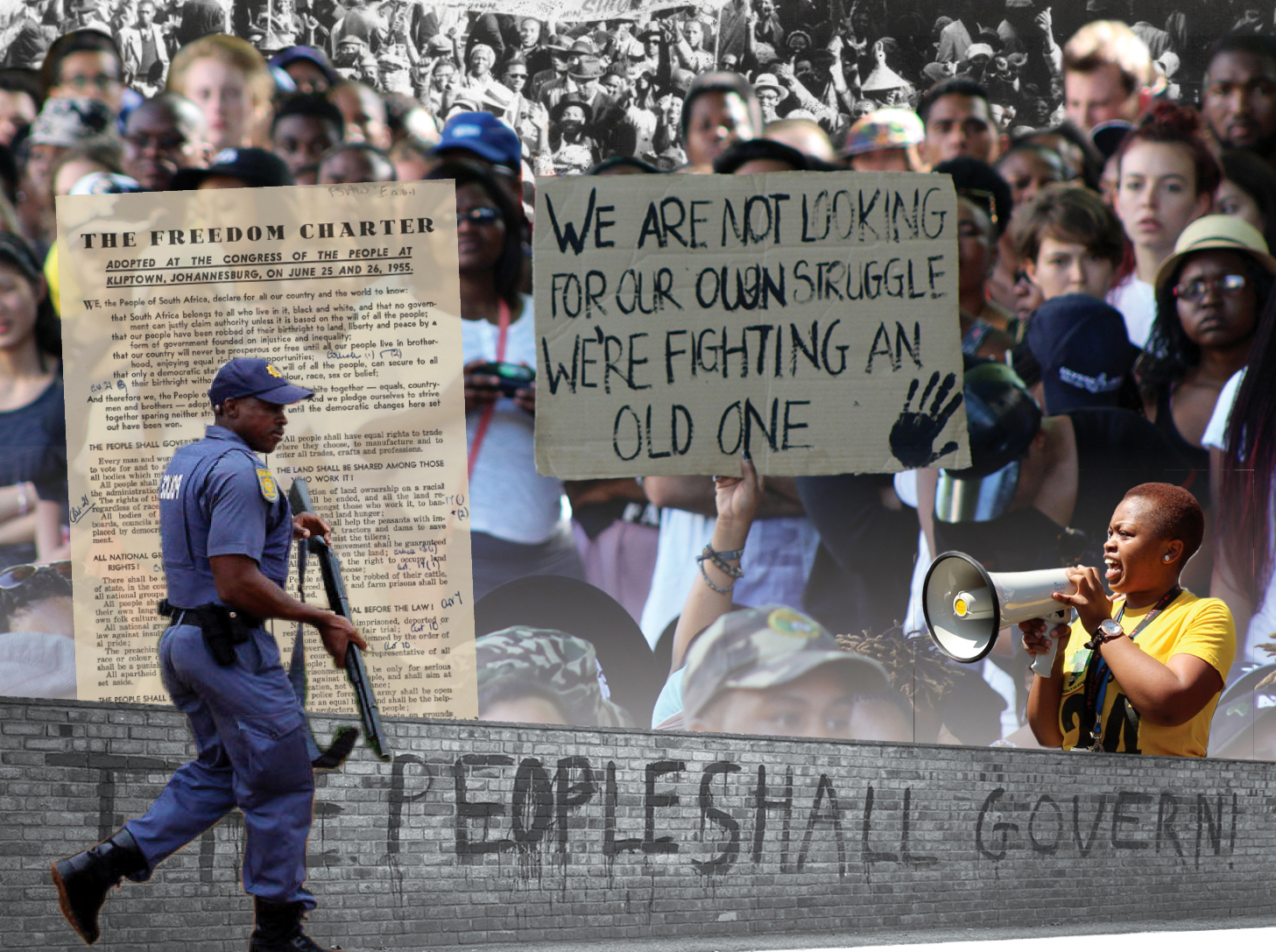 Freedom Isn’t Free is directed by Martin Jansen, a socialist political activist and former Congress of the People member. The documentary aims to showcase that the principles documented in the Freedom Charter signed in 1955 have not all been met practically. It deals with issues of inequality, land, human rights and more.

The film juxtaposes the past and present South Africa and seeks to prove that even though legislatively it may seem that the Freedom Charter succeeded, practically it has not.

The Freedom Charter is a statement on the core principles of the ANC and its allies, signed in Kliptown. It aimed to bring equal rights to South Africans under the oppressive apartheid government. From the opening lines, “The people shall govern!”, the charter was used as a document to guide anti-apartheid liberation parties towards a non-racialised South Africa.

While many of the principles of the Freedom Charter – dealing with equality, the right to vote, human rights and democracy – are enshrined in the Constitution today, the nationalisation of industry and redistribution of land are not included.

Each scene in the film begins with a clause from the Freedom Charter appearing on screen in typewriter effect. This is then followed by footage of the current status of South Africa in that context.

The principle in the Freedom Charter of “The people shall share in the country’s wealth” is contrasted against one of Zwelinzima Vavi’s speeches, in which he says it is clear that the ANC compromised radical progressive values because of the existence of white monopoly capital. Billionaires such as the Ruperts and Oppenheimers are featured. One of the interviewees felt that Mandela compromised black people by accommodating the white upper class and that, as a result, they still continue to benefit from that privilege.

Tokyo Sexwale and Patrice Motsepe are also featured. One of the interviewees speaks about how the emerging black upper class benefits the most from BEE. Another interviewee says that the people who wrote the Freedom Charter are the ones who benefit most from its freedom today, while the working class still continue to struggle when they are the ones who voted them into their positions.

“People feel that South Africa is not theirs, they are constantly excluded,” she said.

Former Higher Education Minister Blade Nzimande and his role in #FeesMustFall feature prominently as the Freedom Charter’s principle of “The doors of learning and culture shall be open” is brought into question. “Let me just remind everyone that this isn’t the final version of the film and we are still going to cut out quite a lot of Blade, no pun intended,” Jansen told the audience.

The clips contrast Nzimande’s speeches as General Secretary of the SACP with his comments during #FeesMustFall, as higher education minister. “Nzimande’s comments were very progressive in the SACP clips, but he then takes on a very repressive role against the students in #FeesMustFall, being very reactionary to the protest,” Jansen said.

One of the interviewees points to the tragic death of Andries Tatane in post-apartheid South Africa. Tatane was the 33-year-old man who was shot, beaten and killed by policemen for protesting for water in Ficksburg in 2011. Water is a basic human right, which features in the Freedom Charter, stating that all shall enjoy equal human rights.

“We look at the apartheid government and think they were horrible, but you realise that it’s not so different today,” one of the interviewees in the film says. When the interviewees were asked if they thought that the demands of the Freedom Charter were met, some said yes, and some said that there needed to be a new, evolved version of the charter, with adapted language.

Jansen took gender and class into consideration to ensure a balance in the chosen voices.

“As you noticed, most of the interviewees were women, that was a very conscious decision. I didn’t want to fall into the whole trap of ‘big men in history’ that usually happens in most documentaries. The people that are usually given voices are established people in history; I consciously decided not to do that.”

In a discussion after the screening, one of the audience members described the film as “hopeless and helpless”. The audience member felt that by showing all the horror in the country, the film failed to tell viewers how they could remedy the situation.

Jansen responded that the film was more of an analysis of the current state of the country and he did not want to give people answers to how they should fix the country. He rather wanted to show viewers that South Africa is in crisis, and hopefully that will encourage people to act.

Jansen is the director of Workers’ World Media Production (WWMP), a non-profit alternative media production house. WWMP seeks to expose the conditions of the working class – without othering them – and provide a basis where people can discuss, organise and become agencies of change in South Africa.

“IPID is researching rape cases of their own police officials, high-profile politicians have scandals. The charter said all shall be equal before the law but really it’s about the money you can afford to pay legal fees,” Jansen said.

The Freedom Charter clearly states that the police force and army shall be the protectors and helpers of the people and the courts shall be representative of all the people.

In the final version of the film, a section looking at the formation of the ANC breakaway party, the Pan African Congress, will be included.

Jansen revealed he wants to look into plans to add more on the African and coloured divide when it comes to the struggle for housing and land redistribution in Cape Town, a topic that has been on the tongues of many, in time for its official release in August.

The film has taken three years to make and will have its final version released in August. It will come as a two-part DVD set, one containing the film and the other containing workshop processes around other aspects of the Freedom Charter that aren’t included in the film. The DVD will be sold and donated to NGOs.