Geopolitics and the Role of BRICS

Geopolitics and the Role of BRICS 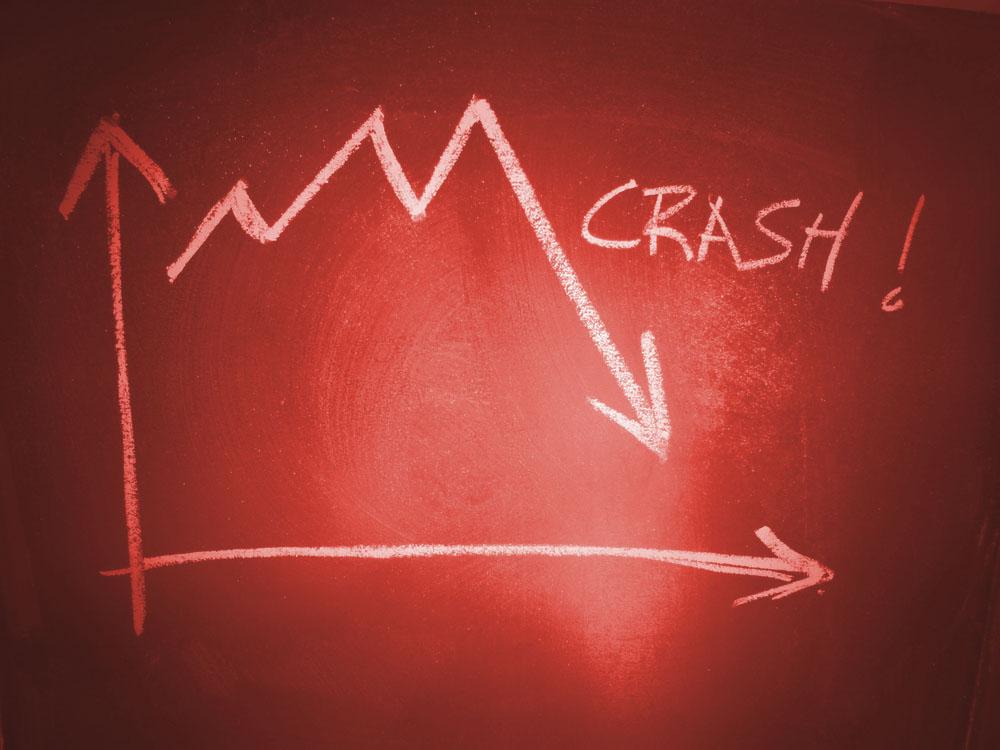 Ten years after the 2008 global financial crisis, the global economy is still stagnant and there are few prospects for a recovery. As a result, we have seen a deepening of the social crisis with rising unemployment and inequality, which is what underpins the war against women, increased crime and violence, and the unravelling of the social fabric, especially here in South Africa.

This process is not new, it has been unfolding over several decades and has given rise to the phenomena of neoliberalism, globalisation and financialisation. These are capital’s means to overcome the crises of capitalism globally. The crisis has subsequently developed into multi-dimensional, overlapping crises of the global economy, environment, energy, food. At its core, this represents a crisis of over-accumulation of capital, with too many products and too few consumers.

We cannot understand the current political shifts (nationally and internationally) without putting them in the context of (a) historical changes in the capitalist economy (b) the current crisis of neoliberal capitalism.

We are in a period of stagnant growth, rising inequality and a 27% rate of unemployment (it is even more alarming – more than 35% – if discouraged workers are included in the statistics). Of particular significance is the decline in growth rates in China, and recessionary conditions in so-called emerging markets such as Brazil, Russia and South Africa. As a result of the slowing world economy and a potential imminent financial meltdown, we see:

Altogether, depreciating currencies, falling commodity prices and declining stock prices, all reinforce each other, ultimately leading to a deepening of the crisis – and a further slowing down of the economy. The debt becomes ever more difficult to repay, with several African countries now effectively defaulting.

A major problem is that if an economy is stagnant, then there are very little incentives for capital to invest in productive sectors of the economy. As a result, there will be a strong need for external forces to extricate the global economy from crisis. However, the neoliberal phase of capitalism has eroded many potential instruments that can be used to stimulate aggregate demand.

This puts the global economy in a similar quagmire that we were trapped in during the interwar period from 1918-39, resulting in an intensification of neoliberal practices. The very cause of the crisis we face today, is being used to try and get the global economy out of crisis, even though it is a false solution.

One of the mechanisms being used to stimulate economic growth is the capital’s push for new frontiers. During the commodity super-cycle, this was reflected in the massive increase in trade and investment in Africa, where six out of the ten biggest recently discovered oil reserves are located. The demand was predominantly from China, as its 2009-12 Keynesian strategy required raw materials. This created intensifying competition between the United States of America, European Union and China.

Although Chinese demand was reduced considerably and there was a devastating crash of commodity prices in 2015, as Lee Wengraf shows in her new book, Extracting Profit and the New Scramble for Africa, we have entered into a period of neo-colonialism. Commodity prices ticked up again in 2016-17 but unless the Chinese Belt and Road Initiative restores demand, Africa’s commodity production system has no prospect of returning to past growth. The result is more extreme exploitation of existing fields, s extraction makes up in volume for what it is has lost in the higher prices.

As a result of the deepening economic crisis, we are seeing major shifts in the global political terrain. To understand these shifts it useful to recall the interwar period, especially the political and social responses to the economic crisis of the Great Depression, culminating in the rise of classical fascism in Italy and Germany, as a metaphor for today. As a consequence of the deep economic stagnation in that period, the world saw the rise of extreme racism, xenophobia and narrow nationalism. 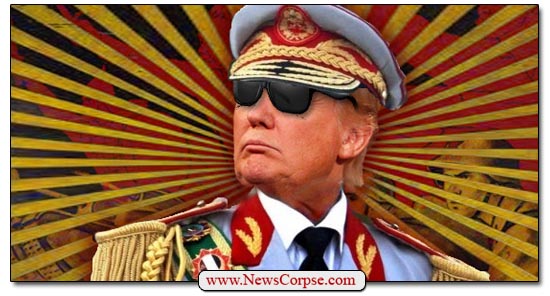 It is critical to understand resurgent fascism within the context of a struggle for hegemony over the global capitalist economy. Unravelling hegemony emboldens ultra-nationalism, racism, xenophobia and hyper-militarization etc., particularly when the left is not organized enough to provide an alternative.

The stagnant global economy, unravelling hegemony of the US, newfound Russian military capacity and rising Chinese economic power has brought about a new phase of inter-imperialist rivalry and an increasingly volatile geo-political context. Even though the US is still the world’s hegemon economically, militarily and politically, its hegemony is under threat. This decline of US hegemony is evident in the Rise of Trump, following his promises to “Make America great again”. Trump is giving confidence to other right wing populists around the world, especially Europe.

For Lenin, “an essential part of imperialism is the rivalry between several great powers in the striving for hegemony.” Given the threat of military conflict in a backdrop of deepening ecological crisis, John Bellamy Foster argues that the re-emergence of inter-imperialist rivalry is leading to “potentially the deadliest phase of imperialism”. As Gramsci observed in the earlier period, “The old is dying and the new cannot be born; in this interregnum, a great variety of morbid symptoms appear.”

The interregnum – a time of monsters

In this interregnum that we find ourselves in, global politics is in a state of flux and instability. In order to assert dominance in the fight for global hegemony, we have already seen the emergence of a “New Cold War” between the US and Russia. Furthermore, there are an increasing number of US military bases around the South China Sea (a territory that has huge amounts of untapped oil reserves and is vital for Chinese shipping lanes). We have also seen increased military spending, and an expansion of the war economy. Besides incipient military conflict (through proxy wars in particular) we are also seeing the rise of currency wars and trade wars.

Over the last decade, China has been supporting the growth of the rest of the world with state-led demand stimulation. But global stagnation and reduced exports as a share of GDP forced China to depreciate its currency in order to keep its goods priced more attractively. (Other ways China has cheapened its goods is denying trade unions the right to organise, maintaining a migrant labour system which transfers reproduction costs to the countryside, clamping down on protest, permiting extreme pollution and downplaying safety and heath in production.) 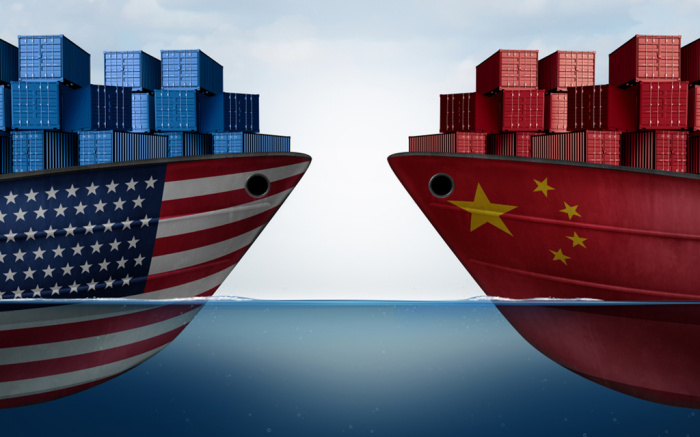 With the rise of neoliberalism, there has been much less use of standard ‘Keynesian’ strategy of higher state spending aimed at stimulating the economy (i.e. expansionary fiscal policy). As a result, the preferred option to combat global depression is to pump the world economy with money (‘Quantitative Easing’) and, in Washington once economic nationalists gained the upper hand in the Trump regime, to implement trade restrictions. Import duties have been slapped on Chinese products entering the US, with Trump now threatening further increases in tariffs on $500 billion worth of Chinese products.

The implications include a contraction of global trade, jobs losses as well as declining investment and growth. We are already seeing this unfold in South Africa, where 7000 jobs are threatened in the steel, aluminium and car sectors, as a result of US and Chinese competition manifesting itself in trade and currency wars. As more countries are drawn in, their products that once went to the US market will be switched to others, including South Africa.

The role of the BRICS

The Brazil, Russia, India, China and South Africa (BRICS) bloc is not providing an alternative to the rise of right-wing populism. Instead, many of the BRICS governments have authoritarian regimes: Michel Temer, Vladimir Putin, Modi, Xi Jinping and Cyril Ramaphosa (albeit to a lesser degree than the others). 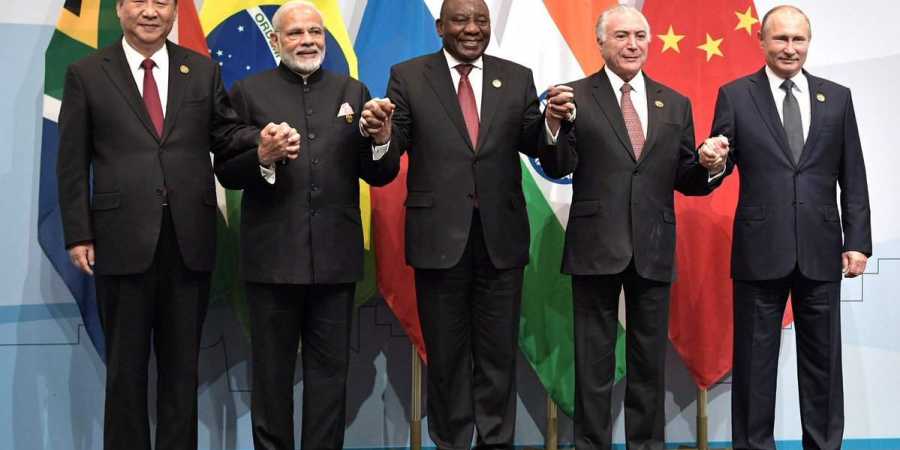 However, they are playing different roles within the unfolding geopolitical situation. Russia under Putin and Xi are engaged in inter-imperialist rivalries, in direct conflict with the US in certain military theatres such as the Middle East and East Asia. They are also pushing a strong neoliberal agenda and are very dependent on extractive industries (especially China). Africa is their economic playground, but there are also prospects for military competition especially in areas prone to Islamic extremism such as the Horn of Africa. Chinese pipeline, port and electricity-generation investments in Lamu – near the Somali-Kenya border – are vulnerable.

Meanwhile India and China suffer extreme border tensions in several sites, with the Belt and Road Initiative aiming to traverse the hotly-contested Kashmir area of Pakistan. India maintains a brutal occupation of part of Kashmir, refusing a plebiscite to establish the potential for a new state. Nearby, the US continues its drone bombing of Pakistani and Afghan terrain.

South Africa and Brazil are smaller players in the unfolding geopolitical contests, and are not in direct competition with the US.But along with the other BRICS, their companies are major players in Africa, heavily investing in industries related to mining and agriculture, driving massive land grabs.

The increased investment in Africa in extractivist industries comes at massive environmental and social costs. Increased investment in extractivist industries is coupled with the concept ‘4thIndustrial Revolution’ which entails an increase in capital-intensive industry, automation and surveillance. Thexe further threaten jobs and people’s existence.

We should be organising against the imperialist and subimperialist modus operandi of the US and BRICS leaders. In doing so, there are number of critical demands including:

This is an edited version of an input given at #BreakBRICS organised by Patrick Bond at the Wits School of Governance on the 23 July 2018. Brown is the co-ordinator of the Economic Justice Programme at AIDC