The SACP and “Radical Economic Transformation”: Radical or Ambivalent?

The SACP and “Radical Economic Transformation”: Radical or Ambivalent? 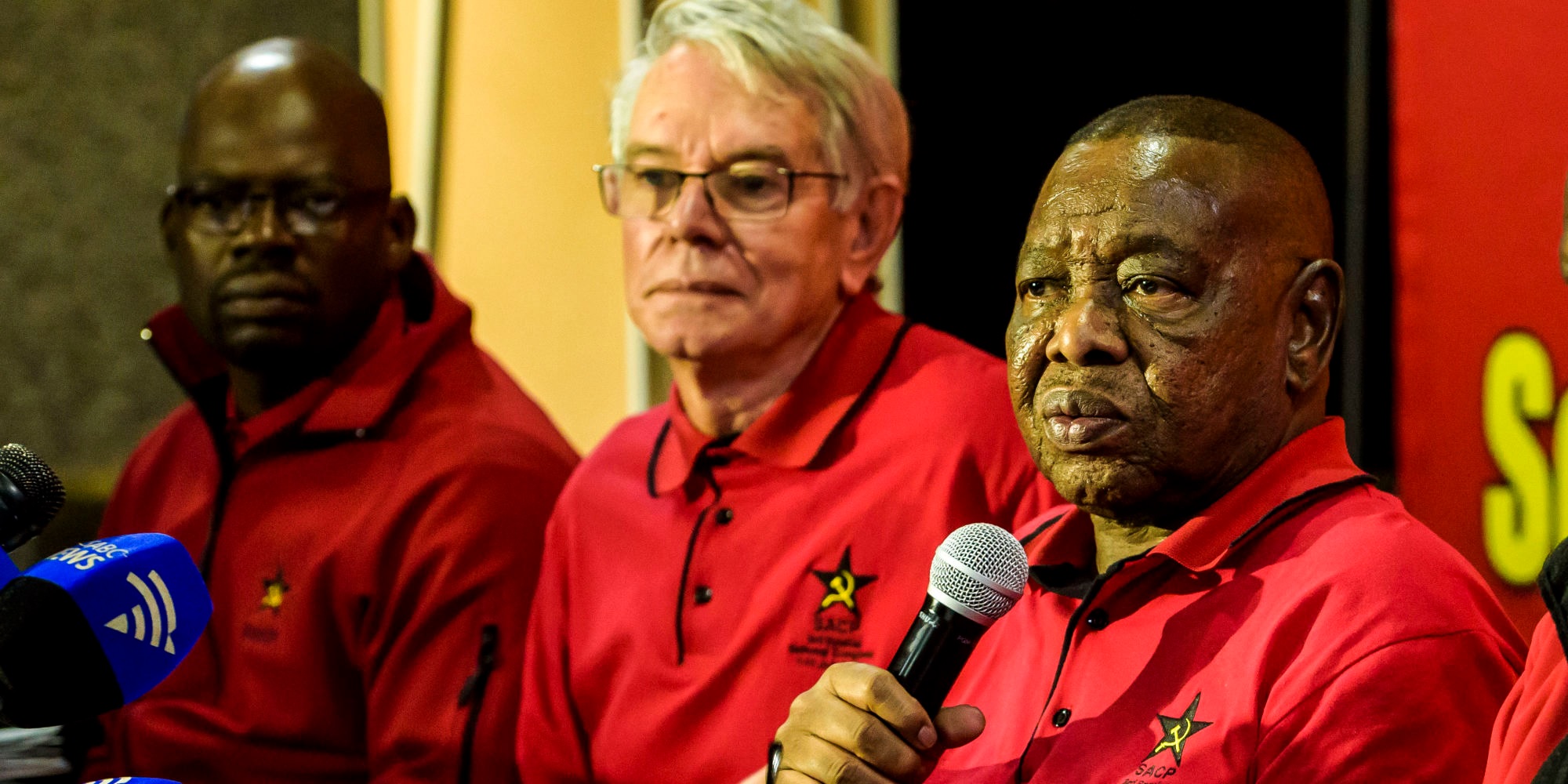 At a recent SACP Western Cape Provincial Congress, Jeremy Cronin remarked that radical economic transformation should have started immediately after April 1994. At that time monopoly capital was still shaken by the 1994 April democratic breakthrough. That’s correct. The failure to redistribute wealth and income after 1994 has meant that there has been no meaningful social change. It is the biggest failure of the South African democratic project.

The current debate on radical economic transformation, flawed as it is, does not originate from the SACP. Nor does it come from SACP pressure for the Alliance to make a radical turn. This debate comes from the ANC’s own discussions leading to the 2012 ANC Conference, in a discussion document titled “The Second Transition”. From around 2009, the ANC Youth League started a radical economic transformation discussion, with the nationalisation of mines as its nucleus. The ANC 2010 NGC passed a resolution “to nationalise mines and other strategic sectors of the economy” as a result of a strong lobby from the ANCYL. This was reversed by the time of the 2012 Mangaung Conference, partly because the Youth League had been weakened by expelling Julius Malema and Floyd Shivambu.

The SACP, with only a few points of minor dispute, wholly endorsed “The Second Transition “. It did this despite the revisionism of class struggle and the reformism of the document. This was a document which also openly embraced the neoliberalism of the National Development Plan. It supported the idea of exporting raw minerals instead of large scale investment in manufacturing to process those minerals into higher value products. The NDP says minerals beneficiation is costly because it is capital intensive. So it says the core of our industrialisation effort should be non-mineral manufacturing sectors. It proposes that we should take advantage of the increased consumption of minerals by Asia, particularly China.

This will clearly weaken the building of a sovereign industrial production system.

The NDP also promotes the idea of low wages and a flexible labour market. It argues we should have low wages so that we can attract large flows of foreign capital investment. This will expand the productive sectors which will employ large numbers of the unemployed.

This is absurd given the historically low wages in South Africa. The accumulation system based on cheap labour was allowed to continue after 1994 uninterrupted. The research conducted to support the national minimum wage clearly shows this. 60% of African workers still earn below the working poor line of R4,125.

“The Second Transition” also replaced class struggle with a social contract between government, capital and labour. The ANC is under the illusion that radical economic transformation can happen without pressure from below (thorough popular class struggles), but rather through some deal with monopoly capital. The SACP did not initially criticise this, even if they later did in the 2015 “Going to Root” document.

The SACP initially “welcomed” the 1996 Growth, Employment and Redistribution (GEAR) policy. This policy was openly conservative. It promoted neoliberal positions:

Only COSATU opposed GEAR right from the outset. It would take two years for the SACP to publicly oppose GEAR, in its discussion documents leading to its 1998 National Congress. This is not surprising. The SACP has no independent radical positions. They gave and continue to give a radical spin to ANC conservative positions.

Even in its current critical posture of the ANC, the SACP still doesn’t come close to radical left positions on the radical economic transformation discussion.

From the late 1990s during the GEAR debate, the SACP has put across the idea of an active industrial policy. But they have not pursued this idea consistently. They are comfortable with the current industrial policy (Industrial Policy Action Plan) pursued by Trade Minister Rob Davies, who sits in their Central Committee. The recent divestment by General Motors shows how reliance on foreign capital investment makes an economy on the periphery of global capitalism, like South Africa, vulnerable to capital flowing in and out of the country.

We need to seriously build a sovereign industrial production system that has strong manufacturing sectors. They must be able to produce goods that compete on global markets. They must do this without relying on captured markets, like in the case of commodities or trade deals with unequal power relations such as the African Growth and Opportunity Act (AGOA). Such a sovereign production system must also integrate an agricultural sector that secures food sovereignty. It must promote smallholder and subsistence farming for both rural and township communities. Too much reliance on big agribusiness, that is integrated into global capitalism, has led to hunger and food insecurity.

Pursuing these ideas cannot happen without audacious measures aimed at radically restructuring the production system away from the dominant monopolies in mining, agriculture, energy and finance. This also means redistributing wealth and income in favour of the lower strata of the black communities. We need to push for decent wages and ensure that they grow in parallel with the productivity of social labour.

But the SACP is still very far from pursuing radical economic ideas. In its 2015 document, “Going to the Root: A Radical Second Phase of the NDR”, the SACP concludes by saying: “It is not a question of now waiting for a second phase of the NDR. Many important elements of it are already present in policies and in active programmes.”

Radical economic policies are already present? How absurd! And this document was their major intervention elaborating their version of radical transformation. It was woefully weak. The document makes a good attempt at analyzing the historical monopoly capitalism of South Africa and how it continued after 1994. But it neglects to provide an analysis of neoliberal economic policies of the ANC government and how they facilitated the continuing accumulation by monopolies. Instead, monopoly capital is isolated and criticised (correctly, even though the criticism is not comprehensive) for transnationalising, financialising and disinvesting. The excessive liberalisation of trade and capital controls is not counted as a decisive factor in the conduct of South African conglomerates. They are simply portrayed as being “unpatriotic”.

The social wage policies that have been good in alleviating the poor strata against extreme poverty, are presented in rosy propagandist terms. There is no critical analysis that shows how the social wage would have been better if it was not of the neoliberal fiscal policy stance adopted by government. For instance, tax revenue was intentionally kept below 25% of Gross Domestic Product (GDP), through tax cuts for high income earners and corporates. If these tax cuts were not implemented, the tax revenue would have increased to 33%, as Dick Forslund shows in his study. That would have made more funding available for government to spend for the poor.

Gunnett Kaaf is a political and community activist based in Bloemfontein. He has previously held leadership positions in the SACP Free State and in the YCL nationally.