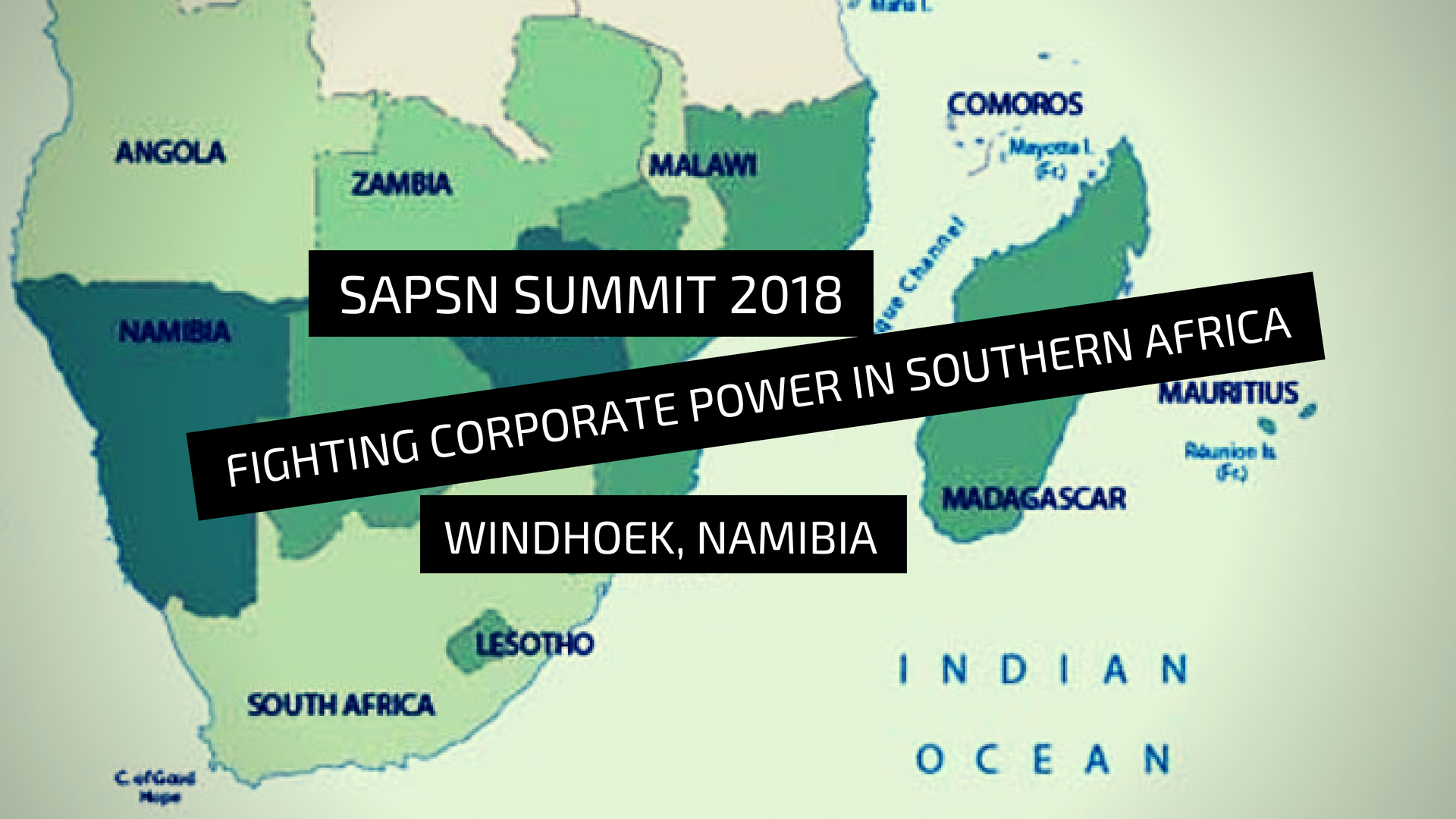 Transnational Corporations (TNC) wield a massive amount of power in the global economy. They use that power to undermine the sovereignty of nation states and consolidate themselves as the real rulers of the world. This is evident in the fact that in 2016, 69 out of the top 100 economies were corporations. More so, when one considers that more than two thirds of international trade occurs within the subsidiaries of the same corporation. This gives these corporations incredible power to shift profits to tax and secrecy havens. In 2012 a report estimated that between $21 trillion to $32 trillion dollars were hidden in tax / secrecy jurisdictions.

Illicit financial flows by TNCs have made dependent economies, like Africa, net exporters of capital at enormous cost to their people. The United Nations Economic Commission for Africa has reported that illicit financial flows are estimated at $100 billion per year. This excludes an equally significant amount lost to aggressive tax planning, using inter-company loans, management fees and sales commissions to siphon profits out of a country. A continuous spiral of indebtedness, underdevelopment and impoverishment afflicting our continent is the result.

In Southern Africa, corporations in the extractive sectors such as Glencore, Monsanto, Shell, and increasingly corporations coming from China, are at the forefront of looting our economies.

Profit shifting methods move massive amounts of capital out of Southern African countries every year to secrecy jurisdiction (also known as tax havens). This increases our current account deficits, leads us towards a dependency path and creates an investment gap for our economies, blocking sound development. Indeed, the current necessity of our governments to attract foreign investors jeopardizes our sovereignty, leading governments to implement austerity policies in order to please financial markets instead of implementing pro-poor policies that adequately responds to people’s needs.

Profit shifting indeed means huge losses in state revenue. It dramatically reduces a state’s capacity to embark on more redistributive development paths. Therefore, our social and developmental policies in relation to infrastructure (including public transportation and housing), education, and health are all under threat. We, as people and as civil society representatives of Southern African peoples’ assemblies, strongly believe it is urgent to build another path to development by reshaping our tax policies in order to ensure that the value created locally is reinvested locally and is used to feed local economies.

Wealth creation must benefit the people, not global and local elites who already have more than enough.  Profit shifting dramatically pushes down wage levels for ordinary workers and in this way widens income inequality between a small minority and the vast majority. The resulting low wage regime distorts and strangles the local markets to the detriment of small and medium sized local companies.

The SADC can’t wait for international reforms to bear their fruits. The urgency of the social, economic and ecological crisis facing Southern African nations must drive the SADC to impose itself as a powerful bloc on this issue.  This further means implementing strong reforms to stop tax and wage evasion.

Therefore, we call on the SADC Heads of State to publicly call to implement the following measures towards inclusive development policies:

1 – Implementation, with no delay, of the ABCD of tax transparency as a minimum commitment to curb illicit financial flows

2 – Creation of a common and comprehensive list of tax havens through a transparent and non-partisan process as a preparation for common SADC policies in relation to them.

3 – Limiting foreign investments in key sectors of the economy
Stop the looting by curbing profit shifting methods which separates peoples from the wealth made out of their common natural resources!

4 – A commitment by SADC members to build an alternative to the useless arms-length principle
(the principle that requires that two related companies trading with each other conduct this trade according to market related prices) so that we can tax companies according to their real economic activities in our countries.