Supporters of the Southern Africa Campaign to Dismantle Corporate Power, 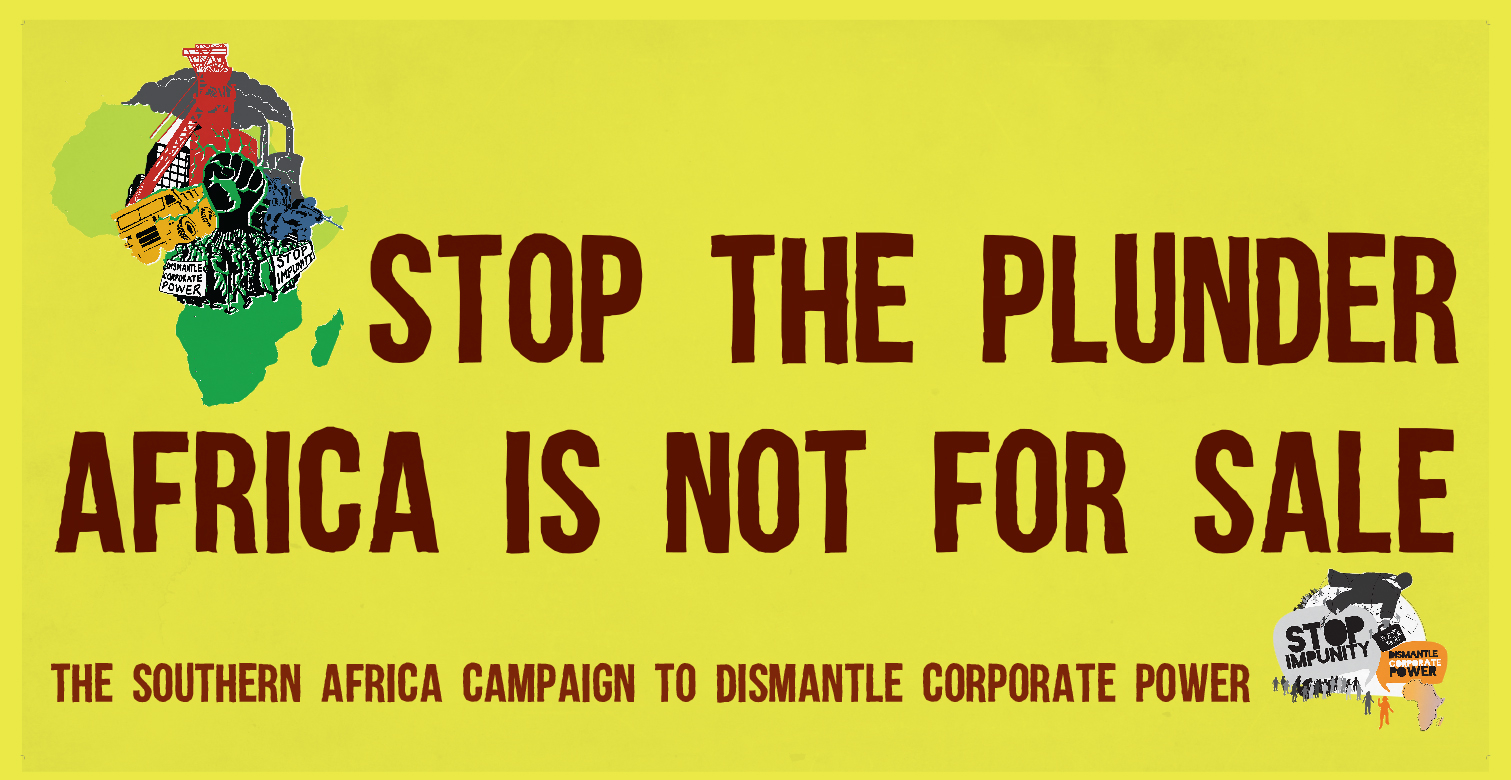 Transnational Corporations (TNC’s) dominate South Africa’s seed and agrochemical sector. Corporate information such as market shares are kept totally secret. Two of the largest TNC’s are Bayer and Monsanto, and even though there are other competitors in South Africa, they rely on the licensing of technology, which has been developed and patented internationally by Monsanto itself, as well as other TNC’s.

Now, Monsanto and Bayer are merging, and waiting for approval in different countries. In South Africa, however, the merger has not been finalised and can still be stopped!

Last week the African Centre for Biodiversity (ACB) made a submission to the South African Competition Commission for them to NOT APPROVE the merger.

Read the full submission to the Competition Commission here

The BAYER-MONSANTO merger: Implications for South Africa’s agricultural future and its smallholder farmers

If Monsanto and Bayer are allowed to merge in South Africa as they are attempting around the world, this new mega-company will control 30% of the Global Seed market, 25% of the global agrochemical market and 30% of

A merger between Bayer and Monsanto will produce an absolute monopoly on commercially available cotton seed in South Africa.

This chemical merger comes at a time when 2 other major mergers have been approved – ChemChina & Syngenta, and Dow & DuPont. These new giant TNC’s will have full control over the world’s seed and agrochemical markets.

WHAT WILL THE MERGER MEAN FOR SOUTH AFRICA’S SMALL-SCALE FARMERS?

Seed prices have risen significantly in past decades. This is, in part, attributed to cross-licensing agreements and enhanced treatments. Almost 75% of seed costs for maize, soybean and cotton in the European Union and the United States is for technology fees or seed farmer’s production costs. In South Africa, partly because of drought conditions, maize seed rose by 5.6%, sorghum seed by 10.4% and soybean by 4.4% between 2014 and 2015. The cost of buying commercial seed can contribute up to 15% of a farmers’ production costs.

Small-scale farmers in South Africa using commercial seed will struggle to continue farming if seed prices go up even 10% because of the merger.

A company with dominant market share will not be incentivised to offer farmers an increased choice of seed and agrochemicals. It will rather want to make as much money as possible from existing products, which have already recouped sunk research and development costs. It could just produce the seeds on which it makes the most money – those with multiple traits – and reduce options for conventional varieties in its own range. Farmers will have less choice and be forced to buy what is on offer, even if it is not the best option for their soils or crops.

The number of food insecure people living in the Southern African Development Community is increasing – from 10.3 million in 2014 to 13.4 million in 2015. It is often not availability of food that determines food security, but people’s ability to buy it, particularly in South Africa. This makes food price increases and the factors driving them political and economic issues, rather than agricultural productivity issues.

If the merger results in prices of agricultural inputs increasing, this will have a knock-on effect on food prices in the long term. Agricultural producers will have to absorb rising input costs because of market constraints in the short term, possibly forcing them to put downward pressure on labour costs, which has serious consequences in the South African context, particularly in the low-wage agricultural sector. It could also force farmers to externalise costs to the environment, at a time that they should be building environmental resilience to climate change. There is a risk that excessive market power in the input sector will translate to higher food prices in the mid- and long-term, affecting the poor the most.

According to the ACB:

The merger must be blocked because it does not serve the interests of South African small-scale farmers and the broader public. It will further entrench a system of corporate farming with known environmental effects, such as soil degradation.

It will place further pressure on farmers to stop onto a technological treadmill that is proven to lead to farmer debt.

It takes the South African agricultural sector further away from a farming model that is based on farmers’ needs, uses few external inputs, is beneficial to the environment and that promotes a diversity of seed and input systems to support the building of adaptation responses to climate change.

The ACB calls on the South African Competition Commission to reject the merger in the public interest, on which a decision will be made in April. We also call on the South African government to rein in the power of corporations and to channel more resources towards decentralised R&D in partnership with farmers and consumers.

To find out more about supporting the campaign, contact: