The South African land debates of the last months have largely failed to address the wider restructuring of the food and agricultural sector. Such restructuring is essential if we are to create an enabling environment for more black farmers to succeed. This has been a serious failing of land and agrarian reform in post liberation South Africa. Very little land has been returned or redistributed. In addition, government economic and agricultural policies have increasingly concentrated corporate ownership of food processing, distribution and retailing.

Among other things, this has allowed trade liberalisation that exposes South African agriculture to the vagaries of international markets. The Department of Rural Development and Land Reform and NGOs often talk of improving post-settlement support for land reform beneficiaries. But if inputs are not accessible and markets are not available and appropriate for the scale and the nature of their production, no amount of training or business planning is going to enable those new farmers to prosper.

Land is not enough

I am well aware that land in South Africa is more than just a factor of production. Given our past, it means so much more for our society, culture and identity, and for justice. But returning land will not bring dignity if people remain in poverty. For many people, affirming their identity and claiming dignity is connected not only to having land. It also requires being able to effectively use that land to create decent lives for themselves.
We need to remember that the taking of land from black South Africans did not take place in isolation. It was accompanied by the wider injustice of a range of measures aimed at destroying or severely limiting African production, business and trade. The concentration of land in a few white hands was accompanied by the creation of a particular capital-intensive food regime. From production to retailing, its ownership was concentrated in a few rich white hands.

Large dams were constructed for irrigation. Banks financed capital-intensive mono-cropping. Farmers’ cooperatives (now largely corporatised) distributed supplies and stored and marketed the agricultural produce of white farmers. White-owned corporations, often led by people with strong political links and support, expanded and concentrated their power in food processing and retailing, as they did in all other parts of the economy. Addressing land and related injustices of the past needs much more than redistributing land. It requires the creation of a more just and equitable food regime today.
Sickness of corporate food production

The dominant corporate food regime has negative health, environmental and social impacts. It is a global phenomenon that takes a particularly pernicious and racialised form in South Africa. We see extremely concentrated ownership throughout the food system. Outrageously high salaries for executives, and high returns to shareholders combine with extremely low wages for those working on farms and in menial jobs at supermarkets. While the few rake in massive profits, 13.8 million South Africans lived below the “food poverty line” in 2015, according to Stats SA. 27.4% of children under five are stunted due to poor nutrition. At the same time unhealthy, fatty and salty processed foods are marketed to an obese nation increasingly suffering from non-communicable diseases such as diabetes.

In addition to the chronic health problems created, there are now and again acute health impacts. The tragedy of over 180 deaths from the recent outbreak of listeriosis is an example. It is linked to the highly processed foods produced by one of South Africa’s largest food companies.

We have multiple reasons to transform this failing corporate food system, of which grossly unequal land rights and access are a part.

One starting point is to include much more discussion on changing the food and agriculture regime as part of discussions on land and agrarian reform. In this discussion we need to move beyond the common assumption that we need enormous commercial farmers and large corporations to feed the world. The corporate food regime we have today is not inevitable or the creation of mythical market forces. It is a deliberate construction built on many injustices. And it can be undone. 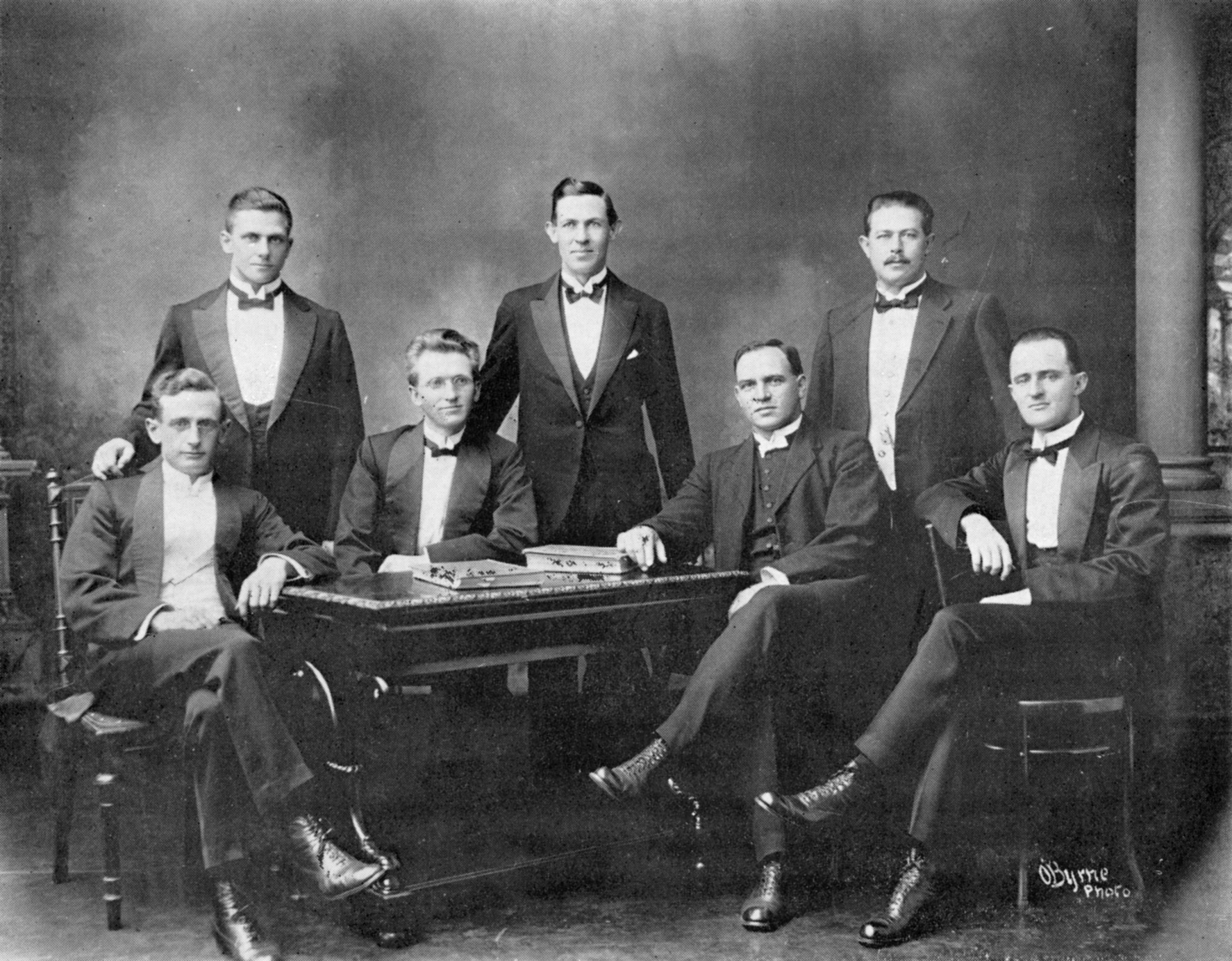 The Broederbond. White-owned corporations, often led by people with strong political links and support, expanded and concentrated their power in food processing and retailing, as they did in all other parts of the economy.

In my research in Dar es Salaam I found a “symbiotic food system” made up of multitudes of interdependent small-scale actors who together feed the city of close to five million people. They do this without large farms or any corporate vertical integration. Such food systems are built by people more than capital. We need more research to highlight how they work and to explore how they can be built on.

Part of what makes the symbiotic food system work in Tanzania is that the actors involved are of a similar scale, and work from common norms and values. This is a far cry from the gulf that separates the dominant food corporations from the majority of black farmers and potential farmers in South Africa. Some smaller-scale black farmers do manage to sell to corporate food processors or supermarkets. But the very different operating norms and the massive power inequalities make it highly unlikely that mutually beneficial and sustainable relations will be created.

Internationally there is a strong growth in alternative food networks, including the starting or revival of farmers markets and local solidarity buying groups. These often create important social and organising spaces as well as market outlets and better returns for farmers and healthier food for eaters.

We can work in South Africa to actively build a more human food economy from below, linking small-scale farmers and small-scale traders, organising more people-to-people trading spaces away from the corporate owned and controlled malls. We need to combine struggles for the space and right to trade in our cities with struggles for productive land in urban and rural areas. This will not transform the food regime overnight. But what is important is to enable farmers and others in the food system to expand their autonomy from the corporate capitalist circuits of production and distribution.

The state has a critical role to play. It must at a minimum:

• protect agriculture from international trade;
• roll back the increasing corporate power, including control of seeds and other inputs as well as corporate domination in retailing; and
• put in place infrastructure positioned to meet the needs of existing and new black farmers.

We need a movement that builds a more symbiotic food system from below. This must combine direct actions of land occupations, production and distribution of food with challenging the state. Even if the state does not drive the development of a more equitable and sustainable food regime, it must at least open the space.
We must protect our food and agricultural sector from imports to give us the space to shape our food system in a way that works better for our society and environment. We cannot be held hostage by international food trade and pricing. Often prices are determined by arbitrary foreign currency exchange rates and commodity futures prices as much as actual costs of production.

We should also not buy into a false logic of “competitiveness”. That is actually a race to the bottom, based on pushing wages and working conditions down and environmental destruction up. The American chicken industry, for example, is notorious for the horrendous conditions of its factory-farmed chickens, pumped with anti-biotics and steroids, as well as the working conditions on its production lines. Some workers wear nappies as they get so little time to use the bathrooms. We should not have to or even try to “compete” with such levels of exploitation of animals and people. Yet imports of American chickens are now destroying our own poultry production.

Infrastructure and regulatory conditions need to be put in place for smaller-scale local shops and markets. They can form valuable social spaces and create not just more employment opportunities, but more ownership opportunities as well. Along with the small-scale farming they link to, they can form the basis for a more human and less corporate economy that reconnects people to food and its production and that re-values and reinforces the social relations involved in production, distribution, preparation and eating of food.

President Ramaphosa has stressed that land will not be expropriated in a way that will harm agricultural production or threaten food security. He should not be allowed to use these concerns as an excuse to block far-reaching transformation of land rights and access. Instead he must be challenged to show his commitment to these issues by engaging in the transformation of our grossly inequitable, corporate dominated food and agriculture regime. Without that transformation, we will not have sustainable agricultural production. We will not secure the right to food for all, or have land justice in South Africa.

Marc Wegerif is a post-doc fellow in the Human Economy Programme at University of Pretoria.

Posted in One Million Climate Jobs Tagged with: Food