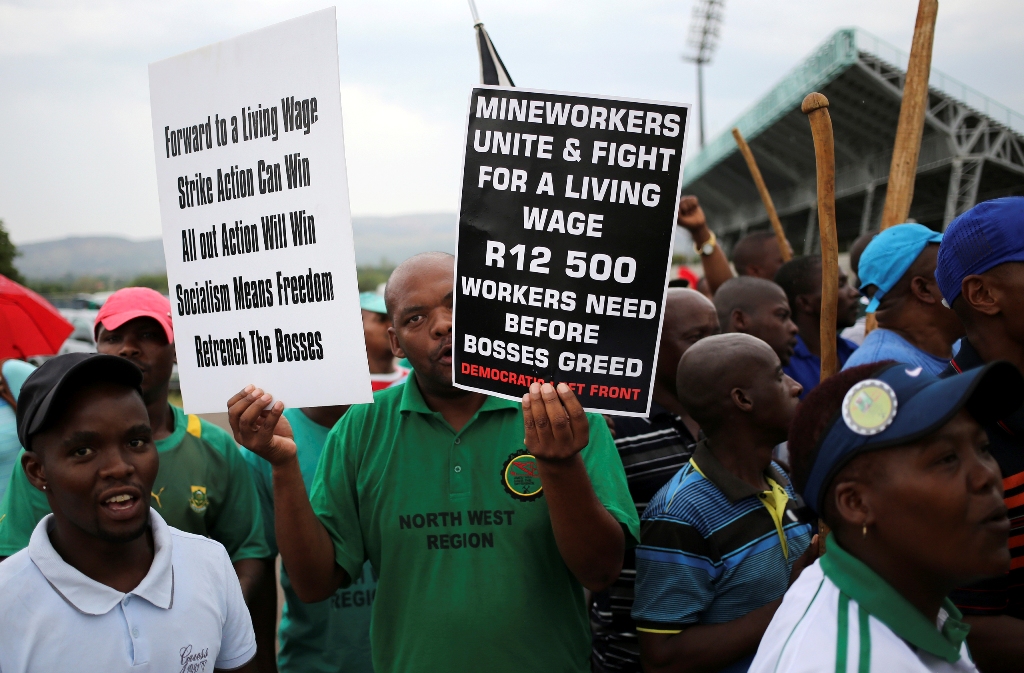 As a consequence of the Marikana Massacre, the current strike by platinum workers serves to draw attention to low pay, migrant labour and the living conditions of miners and their families. It has also recently brought to the surface the somewhat mysterious issue of transfer pricing and similar forms of misinvoicing as matters of public debate.

It should be no surprise that the platinum corporations at the centre of the longest mining strike in the country’s history have rejected the allegations of large-scale and prolonged tax and wage avoidance made against them by the Alternative Information and Development Centre (AIDC) in the Bermuda Connection. However, until these allegations go beyond the current prima facie evidence, the issue must remain open.

What is not open to any doubt, however, is that transfer pricing and other forms of capital flight from South Africa – both legal and illegal – by mining companies in particular is not new. Nor it is confined to South Africa. It is, indeed, a practice common to mining in the rest of Africa and elsewhere in the world as well.

A hypothetical example is offered for this purpose. Company A is a mining transnational company (also known as a multi-national company) based in countries X and Y. Let’s say the corporate tax rate in X, where the actual mining takes place, is 28 percent and 18 percent in Y.

Consequently, Company A would automatically increase both its absolute profit and its rate of profit per share by 10 percentage points if it were taxed in country Y rather than X. It achieves this desirable objective simply by invoicing itself a 50 percent discount for its own company in Y. Thus, instead of a market price of, say, R20 million, it charges itself only R10m. In this way, it simultaneously reduces its taxable income by R10m in high tax country X, while increasing its taxable income in low tax Y.

This results in a saving of R1m (10 percent of R10m), which is fine for the company, its investors and the bonuses of its senior management, but not so good for Country X. In this single transaction, Country X is not only deprived of taxes of R280 000 (28 percent of R1m) – tax avoidance – but the whole R1m that could otherwise be used to pay its workers a living wage. This latter is what AIDC’s Dick Forslund calls wage avoidance.

Capital flight – with transfer pricing being an important channel – has been endemic in South Africa for a considerable time. Various economists have attempted to quantify the size of the problem. Given that much of the flight was illegal and that tax avoidance measures are opaque by design, it is not surprising that the only agreement among economists is that it was flight on a large scale, by large conglomerates. A 1991 estimate puts the total capital flight between 1970 and 1985 at $15.38 billion (R164.2bn) at 1985 prices.

Other studies expressed capital flight as a percentage of gross domestic product (GDP). A 2005 paper argued that the percentage increased from an average of 5.4 percent a year between 1980 and 1993 to 9.2 percent of GDP a year between 1994 and 2000. More recent calculations found that capital flight between 2001 and 2007 was on average 12 percent of GDP a year. This figure increased year-on-year from 2001 and peaked at 23 percent in 2007. At 23 percent and a then GDP of about R2.02 trillion, this amounted to a rather sizeable loss of R463.72bn. Another way of gauging the size of this loss is that it was more than double the already grossly inadequate level of domestic investment.

What is particularly disturbing from these figures is that the rate of loss increased enormously during the life of our new country – from 9.2 percent in 1994 to 23 percent in 2007. This means that, at the same time the government was implementing Thatcherite neoliberal policies to bring foreign investment to South Africa, a vastly greater volume of capital was leaving our country.

What is even more incomprehensible (were it not for the vested interests of the Minerals-Energy Complex studied by, in particular, Professor Ben Fine of London University’s School of Oriental and African Studies) is that the SA Reserve Bank and the government have made it easier for capital to leave our shores both legally and illegally. Signalling that the escape of capital was not taken seriously, the central bank’s Voluntary Disclosure Programme of 2010 gave amnesty to illegal capital flight. A flat rate fee of 10 percent of the value of illegally expatriated assets voluntarily disclosed was the only penalty.

Moreover, the confession allowed the criminals to keep illicit assets offshore. It was estimated in 2010 that if only a quarter of these offshore assets was invested in sub-Saharan Africa, the region would leap from trailing to leading other developing areas in terms of domestic investment. Subsequent amendments to the Exchange Control Regulations have been designed to make capital flight easier by making the abscondment increasingly legal.

Helping to make sense of these colossal numbers is, for instance, that $859bn would have not only allowed the region to pay off its 2008 debts of $250bn, but would have had a potential surplus of at least $600bn for development. Common to these reports is the significant finding that corruption accounts for only a small portion of capital flight. Tax evasion through trade misinvoicing was by far the largest cause. 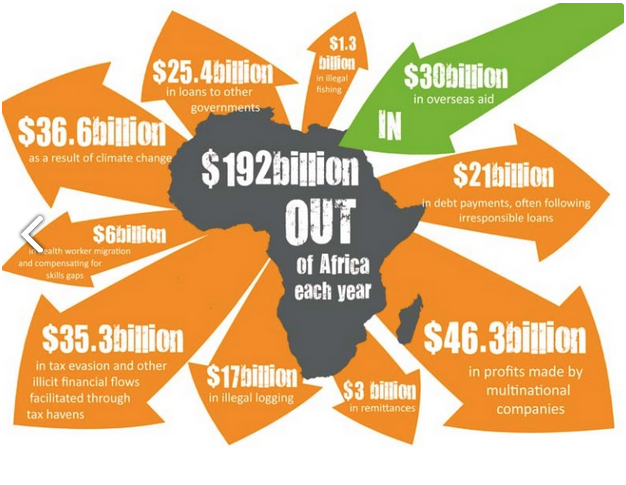 Such is the scale of the problem of capital flight from Africa, that in 2012, the UN Economic Commission for Africa (UNECA) established a high-level panel to undertake in-depth studies on the problem. Former president Thabo Mbeki heads this panel. Speaking at its launch, Mbeki put the annual illicit flow out of Africa at $50bn, which he compared with the total inflow of aid and foreign direct investment of $25bn.

Mining companies in Africa are increasingly being fingered as the continent’s major tax dodgers. With an estimated worldwide 6 000 subsidiaries, many of which are located in tax havens, the major mining transnationals are well-placed for transfer pricing and other forms of misinvoicing, whether deemed to be legal or not. This is highlighted by a recent report on diamonds, by Sarah Bracking and Khadija Sharife. The uncut, or rough value of South African diamonds in 2011 was $1.73bn. Yet, diamond-producing companies – two of which, De Beers and Petra Diamonds, account for 95 percent of production – paid just $11m in mining royalties from 2010 to 2011, according to the latest Tax Statistics report, produced by the Treasury and the SA Revenue Service.

The platinum miners’ strike has drawn fresh attention to allegations of transfer pricing. The time is ripe for a formal Commission of Enquiry to replicate in South Africa what Mbeki is heading in Africa.

The outward flow of money from South Africa is mirrored by the continent. As with South Africa, economists are unanimous in agreeing that the loss is huge, and they have difficulty when it comes to quantifying the loss. Thus, while one 2008 study, covering the years 2002-2006, found that Africa lost $859bn a year in cumulative capital flight, another put the number at a total of $420bn for the 35-year period from 1970 to 2004. By contrast, a 2010 study estimates that Africa lost between $854bn to $1.8 trillion in cumulative capital flight during the 39-year period 1970-2008.

By Jeff Rudin (June 22 2014)
Rudin is an associate researcher at the Alternative Information and Development Centre in Cape Town.
Business Report