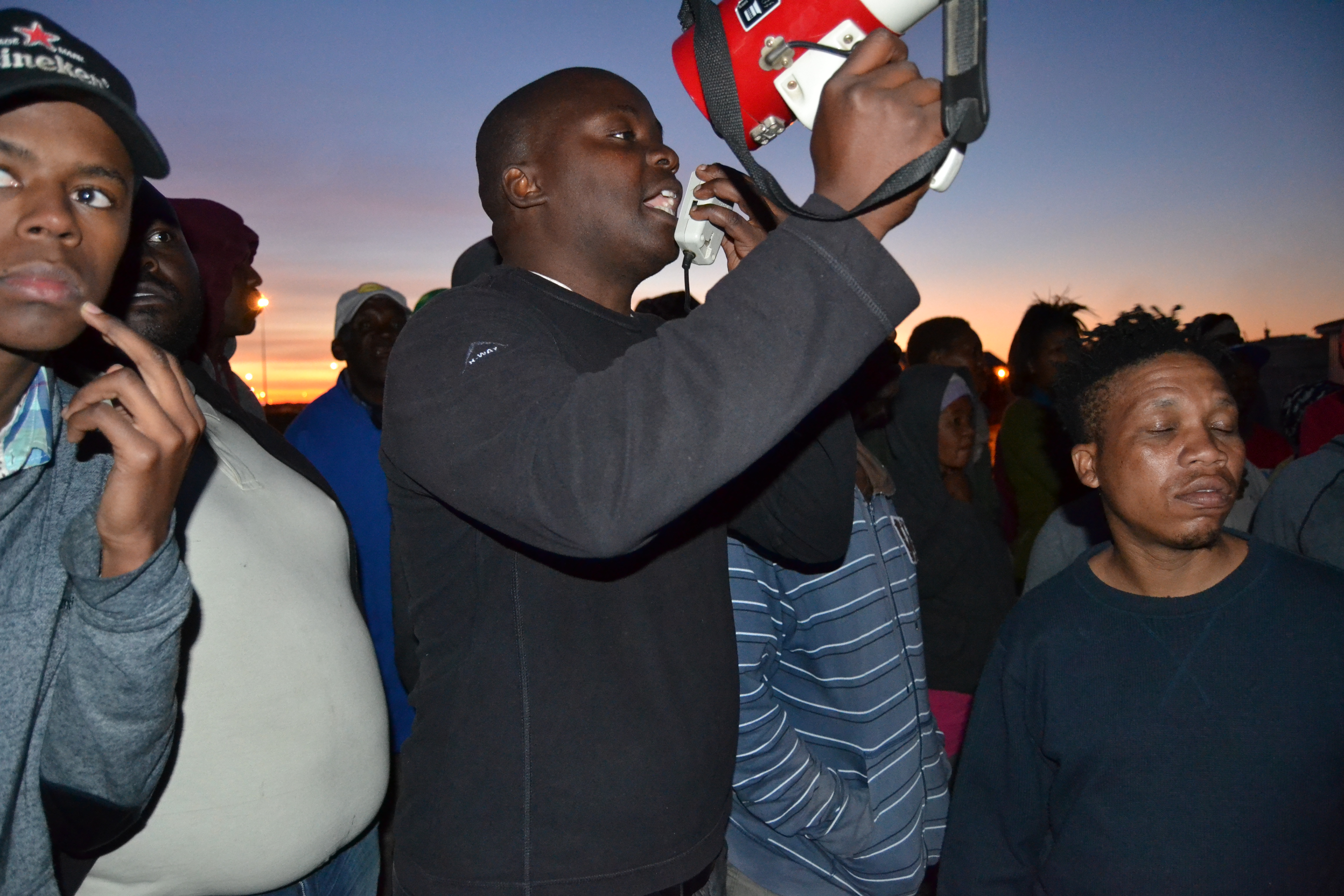 We are black working class activists that have initiated an occupation as part of a broader struggle to reclaim our land and our city. We are making a call for political and material solidarity.

We the backyarders of Town 2, Mandela Park and Makaza in Khayelitsha. We are women who are battling to keep our families together and to make a living. We are also men, who battle to find work and support our families. We are young people kicked out of the education system because we cannot afford fees and are unemployed. We desperately need decent housing. We refuse to live like pigs. We want a life.

Nationally, provincially and most importantly locally we have been abandoned by the government.

On 15 May 2017 we occupied vacant land owned by the City of Cape Town. Ours is a just and noble fight. We are not stealing from others. We are fighting to force the City of Cape Town to recognize our right to occupy and redevelop an area they have failed to build houses and provide services on for more than 6 years. The City has wasted millions on a a development agency, which cannot be accounted for. After our occupation we met with officials from the City. More empty promises were made.

Yet when we build shelters on the land we are met with violence. The City of Cape Town’s Law Enforcement and Anti-Land Invasion unit has teargassed us, shot at us with rubber bullets. They have demolished our structures and confiscated our building materials without any court order. Now the city is seeking an interdict to drive us off the land – again.

Although we are occupying in Khayelitsha, our struggle we see it as part of an overall struggle of the homeless for land and to overcome spacial apartheid in our City. We are demanding from the City the right to reimagine how we construct our living spaces in ways that does not reproduce violence, the oppression of women and dehumanization. We want a city in harmony with nature.

We are making an appeal for blankets, tents, materials, food and money. We are under constant attack from the City’s violent Law Enforcement Unit.

We want our occupation to be an inspiration for other working class communities to overcome fear, division, to unite and follow our example and organize politically motivated occupations with the aim of transforming our racially divided city.

We see our struggle as an act of resistance and the way of the future. We are building a new society, new women and men, who are redefining the meaning of freedom.

We are looking forward to hear from you soon .