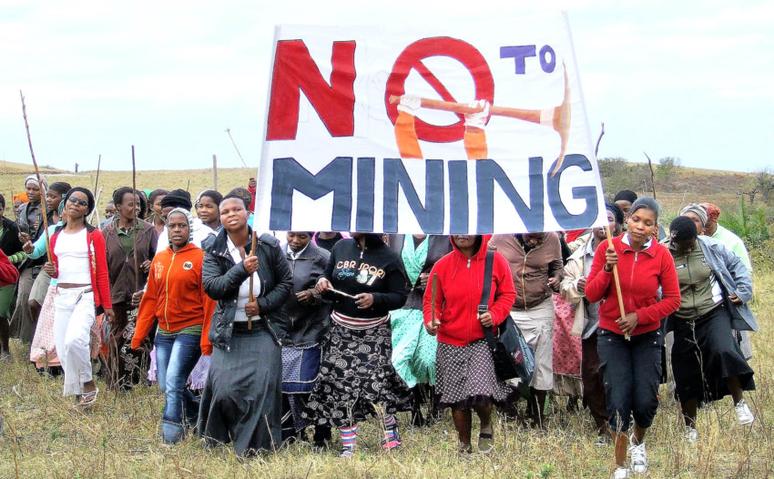 On the 23rd of April 2018, the Amadiba Crisis Committee was at the Pretoria High Court to fight for the #Right2SayNo to mining in Xolobeni, in the Eastern Cape Province of South Africa. The community movement formed in 2007 to fight against mining taking place on their land. After Sikhosiphi “Bazooka” Radebe was assassinated in cold blood in 2016, the Department of Mineral Resources issued an 18-month moratorium preventing mining from taking place in Xolobeni. However, with the moratorium expiring this year, the community needs additional legal support in their fight against mining.

The Australian mining company Mineral Commodities (MRC) wants to mine titanium in Xolobeni. In light of this, the Amadiba Crisis Committee will be in court on the 23rd of April fighting for a declaratory order that would prevent mining from taking place in Xolobeni. If the order is issued this court case will set a historic precedent for mining affected communities across South Africa, Africa and the world.

In 2008 the government of Zimbabwe deployed troops to the Marange community to dispossess its residents in order to extract the lucrative alluvial diamond fields. During this process – entitled Operation Hakudzokwi (Operation No Return) – 200 artisanal miners were killed, scores of women and children were raped and over 1300 families were displaced. One year later, in 2009, the government of Zimbabwe placed the Marange community under Protected Areas and Places Act Chapter 11:12. All this was done to secure access to alluvium for a couple of mining companies, of which two are Chinese. 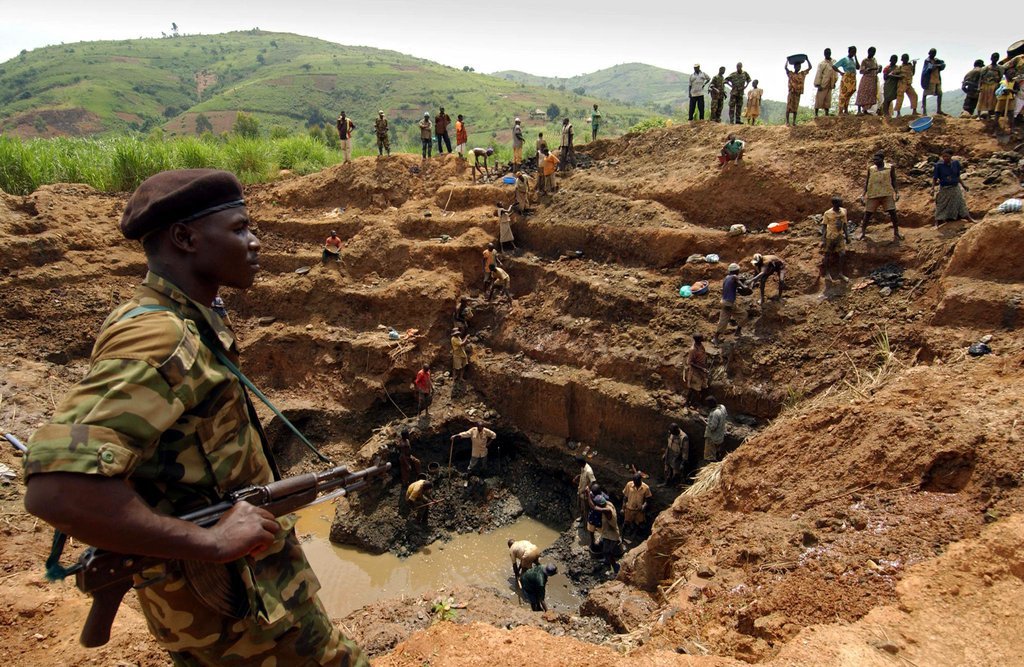 A soldier standing in front of the Marange mine where 200 artisanal miners were shot dead in 2008.

The community was effectively cut off from the rest of Zimbabwe as visitors must first obtain a pass from the police in Mutare before proceeding. Marange residents who own vehicles are required to drive those vehicles to Mutare, about 100 km away, every month to get a permit to drive the vehicle into the community. This is in addition to the standard motor vehicle license required by law. The Zimbabwe Consolidated Diamond Company security guards are subjecting community members and artisanal miners to extreme forms of cruelty. After they arrest artisanal miners they handcuff them and set vicious dogs on them. Many have died from torture.

On the 23rd of April 2018, the same day as the Amadiba Crisis Committee’s court case, the Marange community staged a demonstration in Zimbabwe against the imprisonment of their cadres, demanding that the Zimbabwean government removes the restrictions it has imposed on them. The community is also demanding an end to the human rights abuses and land dispossession caused by diamond mining firms. They want the families displaced to the Arda Transau resettlement area to be brought back to Marange and they call for an end to further displacements. More than 2000 community members are expected to participate.

The similarity of these cases are overwhelming: they both involve a community facing displacement and dispossession; in both cases, the (proposed) displacement was because of mining; lastly, the profits of these human rights violations occurring in both places are benefitting the interests of large multinationals. The only difference is that the Xolobeni community has as of now not been affected by mining yet. Considering the consequences mining has had on the Marange community, it is clear we need to continue resisting proposed mining in Xolobeni.

The court case will continue on the 24th of April and will be accompanied by a mass mobilization outside the Pretoria High Court to show the Department of Mineral Resources that the Amadiba Crisis Committee is serious about their opposition to mining. Evidently, the struggle for the #Right2SayNo is prevalent in Southern Africa as well across the world and we must continue to link our struggles as much as possible to remind transnational corporations that we will not be deterred by their divisive tactics.