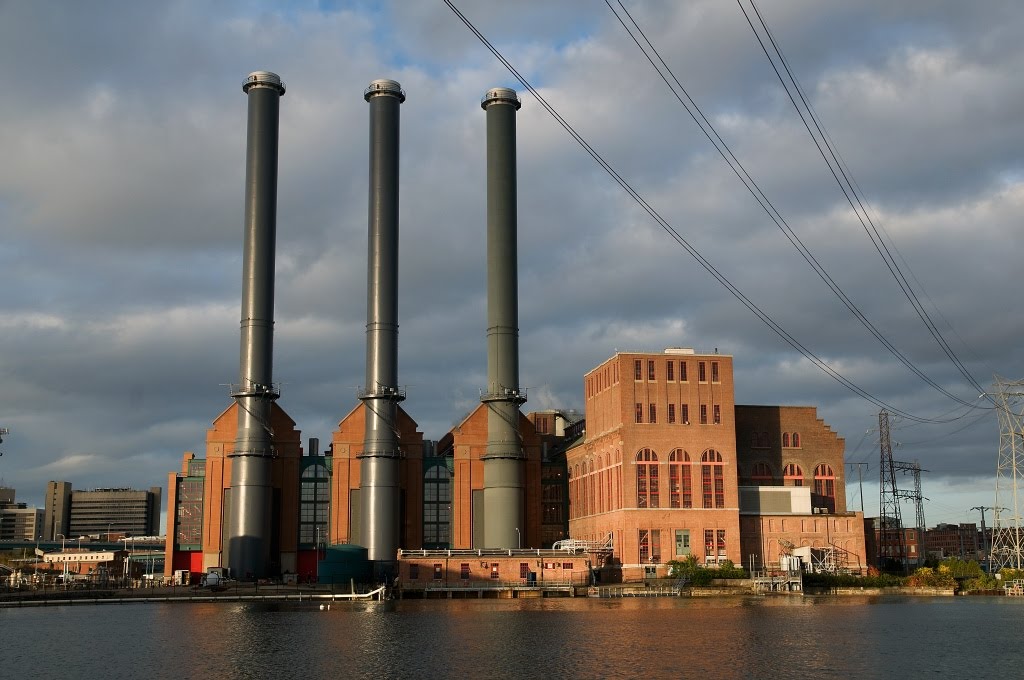 To confront climate change, we need to democratize, decarbonize, and decommodify our energy resources.

At this past February’s “Alternative Models of Ownership Conference” hosted by the Labour Party in London, party leader Jeremy Corbyn asserted the centrality of energy policy to his vision of socialism: “The challenge of climate change requires us to radically shift the way we organize our economy.” He outlined a radical vision of an energy system powered by wind and solar, organized as a decentralized grid, democratically controlled by the communities that rely on it, and — crucially — publicly owned.

Corbyn’s declaration laid out an exciting and ambitious vision of how socialists can press on climate change. But it also served as a reminder that socialists need to get serious about the politics of energy — lest disaster capitalism continue to shape energy policy. We must get involved in concrete campaigns to transform how energy is governed and push for a just transition to renewable sources. The terrain of energy politics is multifaceted, comprising the production, transformation, distribution, and consumption of energy. Energy sources such as coal, oil, natural gas, biomass, hydropower, sunlight, and wind each entail distinct social and environmental costs related to their extraction or capture, and their subsequent transformation into usable electricity. Electrical grids connect energy production and transformation to its sites of consumption. Grids encompass both the high-voltage transmission of electricity from where it’s generated to population centers, and the direct distribution of that electricity to homes and businesses. In the US, beginning in the early 1990s, energy deregulation encouraged a separation in ownership between energy generation and its distribution, resulting in an increasingly complex set of state-level markets of competing energy providers, which in turn sell energy to the private, public, or cooperatively owned utilities.

In this terrain, there are several points of entry for eco-socialist politics. Broadly, our energy vision should center on the three D’s: decarbonize, democratize, and decommodify. Decarbonizing energy sources requires massive political confrontation with the fossil-fuel industry — a movement currently being led by the frontline communities most impacted by fossil-fuel extraction and its transformation — combined with federal and state-level policies that punish carbon emissions and a regulatory framework that encourages transition to renewable sources. Meanwhile, democratization and decommodification — the collective control of energy distribution that treats energy access as a human right rather than an opportunity for profit — are another point of entry. To achieve these ends, socialists must politicize the grid, and propose alternative visions of ownership and decision-making. In the United States, over two-thirds of electricity users are served by for-profit utilities. These private monopolies are often overseen by state-level energy commissions that are ripe for regulatory capture by Big Energy and the fossil-fuel industry. Even where utilities are publicly owned, technocratic governance structures provide limited fora for public input, let alone real democratic control. Building a bridge toward a socialist energy future requires a vision of a system that removes the profit motive from the delivery of utilities services and establishes energy as a universal human right alongside other basic human needs.

Ultimately, the three D’s of an eco-socialist energy vision are interconnected. If a transition away from fossil-fuel energy sources is absolutely necessary for human and planetary survival, the capitalist status quo of private, for-profit utilities is an obstacle to a sustainable future. Unlike coal, oil, and natural gas, solar and wind power are seasonally variable and unevenly distributed. Collective, democratic control of the energy grid is vital not only to put an end to fuel poverty and ensure that everyone’s basic needs are met, but to reliably combine and redistribute renewable energy sources. Our choices are eco-socialism or barbarism.
Achieving such a transformative vision requires concrete campaigns that challenge energy and fossil-fuel corporations, and disrupt the circuits of political and economic power that prioritize profit over the needs of humans and the planet. Such campaigns must be led by working-class movements demanding the satisfaction of basic needs and the transition to an ecologically sustainable grid — a vision that is increasingly possible, given the rapidly falling prices of renewables.

In Rhode Island, the Providence chapter of the Democratic Socialists of America (DSA), in close alliance with the George Wiley Center, is taking on the National Grid, a private multinational utilities company which is currently awash in billions of dollars in annual profits and consumer-fronted infrastructure projects. National Grid formed as a result of Thatcher-era utilities privatization in the UK. It has since has become a major player in the northeastern United States, operating electricity transmission and delivering electricity and natural gas through several subsidiary companies in Massachusetts, Rhode Island, and New York.

Our campaign, #NationalizeGrid, ultimately envisions a statewide, publicly owned, decentralized, and democratically controlled utility. Our first priority, however, is to address the shutoff crisis — the termination of gas and electricity service due to inability to pay the bill — that affects tens of thousands of poor and working-class Rhode Islanders every year. This crisis is only likely to worsen, as National Grid is proposing another rate increase — the third in the last year alone. In this context, Providence DSA and the George Wiley Center are gearing up for a fight to ensure affordable heat and electricity for all.