Op-Ed: The Libya Crisis and Capitalism

The Libya Crisis and Capitalism 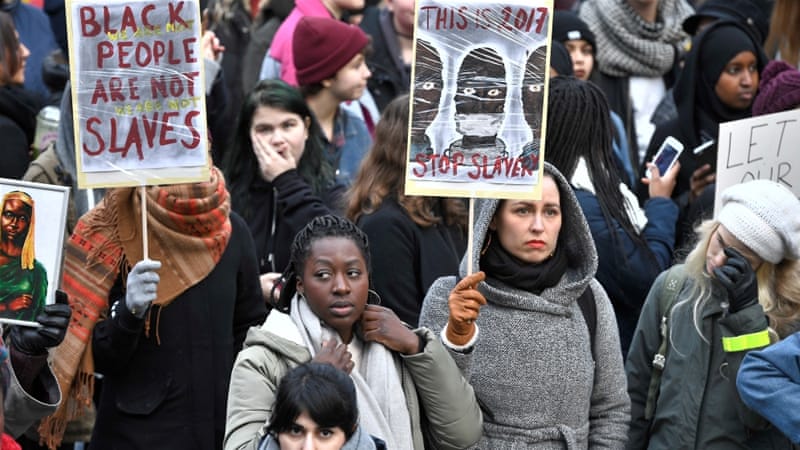 On November 17 the CNN  brought our attention to a modern slave trade taking place in Libya: Humans sold as slaves, some for as little as $400. How can we explain such a fall-back to the age of slavery in the 21st century?

Libya’s condition today – a lawless and failed state – can be directly linked to the overthrow of Gaddafi in 2011. The NATO, France and the USA invaded Libya and led to the fall of Gaddafi, two simultaneous governments, and chaos in the long-run.The West and NATO celebrated the toppling of Gaddafi as a victory for democracy, presenting their invasion as a necessary action to defend democratic structures, protect civilians and assist their resistance. However, the true reason behind Libya’s invasion was only to protect the international shares in oil resources that have been secured under the Gaddafi government.

Libya’s proximity to Europe has made it a gateway for young migrants and refugees from North and Sub-Saharan Africa to escape their dreadful realities in hopes of forging a better life in Europe. But the chaotic conditions in Libya laid the foundation for an emerging slave trade, forcing many of those migrants into captivity and prostitution.To some’s horror, it was reported that over 150,000 migrants and refugees, transiting Libya to move to Europe,  have been caught up in the slave and sex trade in the past 3 years.

This is fake news and it is Africa’s problem.

How did leaders react to that? Remaining true to his usual patterns, the US-president Trump has called the CNN report “fake news”, and the West-backed Libyan government went along with it. During his visit at a university in Burkina Faso, the French president Macron told students that Europe would work with Africa to evacuate the refugees and migrants trapped in Libya, but did not speak on how this will be done. In fact, he forgot to mention the big share which the European Union is contributing to this whole mess, signing shady “migration return programmes” and doing everything possible to keep migrants away from crossing the mediterranean sea. He also lost his temper in relation to the same issue and said that Africans need to look at who is trafficking Africans. According to him, it is not Europeans, but Africans doing this to other Africans – so it is Africa’s problem.

The UN Security Council met on the Libyan issue and ended its session without any resolution or clear plans to deal with the crisis by the West. That is an indication that the violence taking place is not of importance to the West, as it is not jeopardising their interests or putting investments in danger. Or, as they would label it: “Democracy is not at risk.” Whose democracy? Democracy of capitalism? 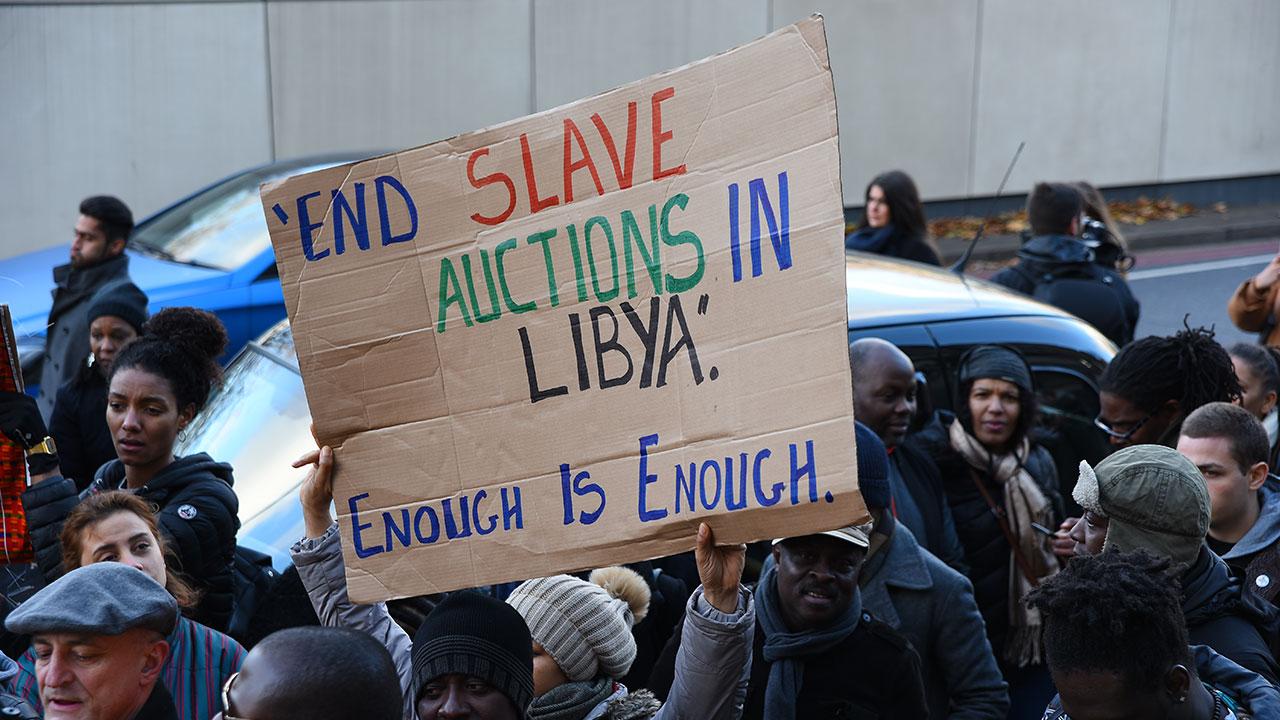 It is important to closely engage with why slave trade is possible today – and why, even worse, abolishing this unscrupulous trade is not of importance for the global community.  The conditions in Libya are not flooding our timelines and media because it is far away from the radar of those that set the scene. Because their business is not at risk. It is not important to deal with it now,it is just Africans doing this to Africans, it is not important because it’s only violence against black bodies and I can go on…

The challenges that African countries face are complex and multifaceted, but there are mirrors put in place to blind people from seeing the cause of these problems. African countries are robbed of tax revenue at the hands of big foreign business that shift their profits to tax havens. African states are held hostage by trade agreements which they sign in the name of development that cripple their local industries. Communities face environmental degradation and a loss of livelihoods due to development models that allow corporations to plunder.

The people of Africa are subjected to wars for the control of natural resources and for criminals to maintain power, wars that never end. This backdrop is the reason why refugees and migrants leave their countries of birth and risk everything for a better life in Europe.

These challenges are caused by one thing and one thing one only- capitalism. Capitalism which has led to the death of basic human morality and subsequently normalises selling a human being like a good. Humans are sold for less than $400 in Libya and they depreciate in value if they look malnutritioned.

The above mentioned points may seem very abstract and theoretic in the light of such a concrete problem of humans slave trade – but in order to effect change it is crucial to understand that it is a whole system creating oppression and devastation. Once we have an understanding of that, we can work on dealing with the agents of the system: Those agents can be a corrupt border official, our governments, the police or policies put in place to cripple the people of Africa. But we have to keep in mind that those individual weak points are only vulnerable because there is an entire oppressive system behind them.

My intention is not just to spread doom and gloom as beyond the crisis. There are also examples which spread hope: Rwanda, for example, has progressively came out and offered to take in 30,000 refugees and migrants trapped in Libya, several other countries have condemned the slave trade. There has also been calls to prosecute those engaged in the trade at the ICC (International Criminal Court), whether or not that is effective – we shall see.

My intention is to emphasis that it is paramount to always look beyond the popular narrative and seek the truth. It is also crucial that the people of Africa not only condemn the trade, but also work on dealing with the challenges that allow for it to take place.

Keamogetswe Seipato is the coordinator of the Southern African Campaign to Dismantle Corporate Power.