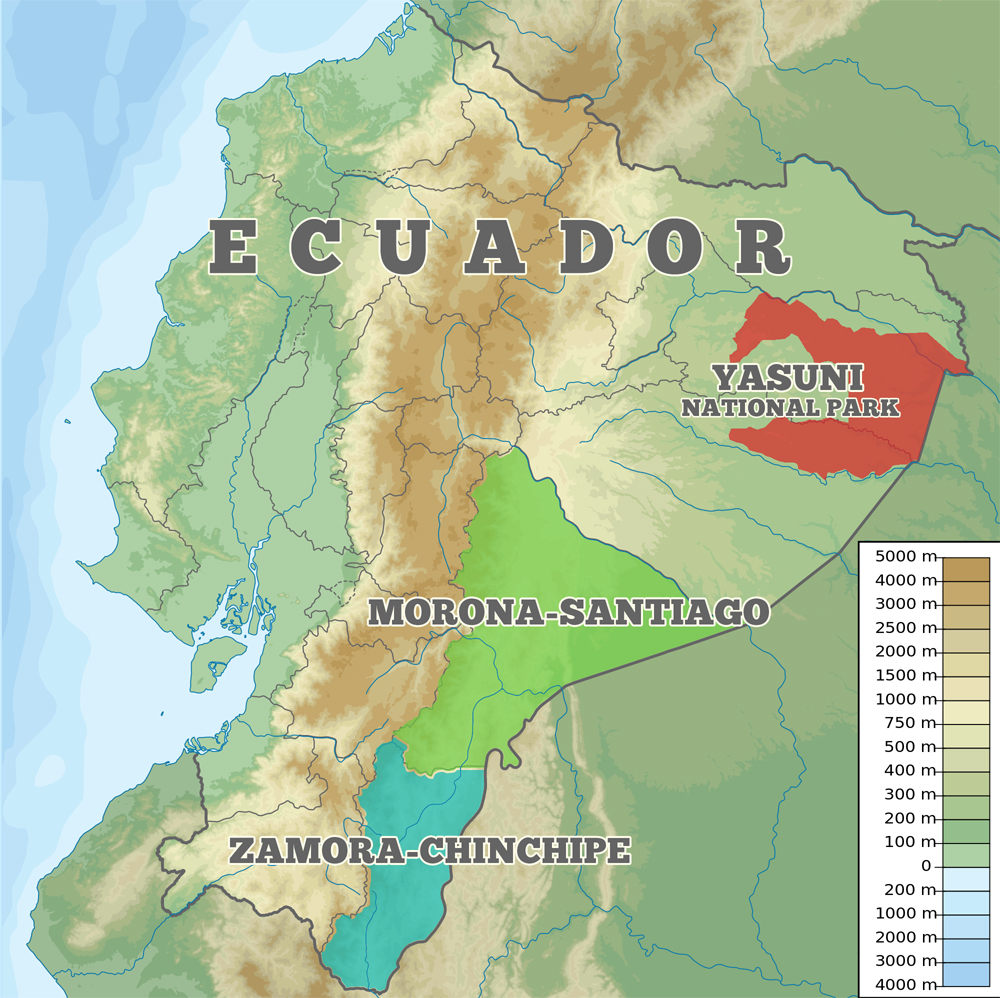 As Ecuador’s new president, Lenin Moreno Garcés, gave his inaugural speech to the National Assembly members and a number of invited Latin America’s presidents, an important question is posed: what will change after the ten-year incumbency of his predecessor, Rafael Correa?

Correa started in office as a critic of neo-liberalism. He distanced himself from the IMF and World Bank, and set up a constituent assembly to rewrite the 1998 constitution. There were high expectations of a new ability to include the formerly marginalised. The rights of indigenous people and nature were extended. The concept of plurinationality was recognized, as in Bolivia. For Correa, plurinationality referred to the coexistence of several different nationalities within a larger state where different peoples, cultures and worldviews exist and are acknowledged. Ecuador’s redistributive policies were admired, but these only lasted until the failure of the oil boom.

An economy based on extraction

Correa then mortgaged Ecuador’s oil reserves to Chinese interests, and backed policies that favoured extractivism as the new cash cow for the state.  Previous commitments to keep oil interests out of the Yasuni Reserve in the Ecuadorean Amazon were set aside in defiance of the interests of its indigenous inhabitants, particularly those in voluntary isolation. (There are estimated to be sixty-four indigenous peoples living in voluntary isolation in Amazonian Ecuador, Peru, Brazil and Bolivia. They avoid all contact with strangers, preferring an isolated existence.) Large-scale mining was allowed to expand all over the country. Like South Africa, sub-soil resources are owned by the state, and ordinary people have found it difficult to resist the incursions.

Ecuador is about a quarter the size of South Africa, and both countries are blessed with a mega-diversity of natural plants and other living species.  Ecuador also has rich human and agricultural diversity. For thousands of years the indigenous people of the Andes and the Amazon have been the guardians of this diversity. Now their habitats are being appropriated by oil, mining and agribusiness interests. Because of their dependence on the natural world, their ancient means of survival are under threat.

The Correa government sought to defy the constitution and limit the autonomy of local indigenous peoples, who have enjoyed some congressional representation since the 1980s. By centralising health and education, the state has trampled upon local efforts to develop multiicultural education and health care. Indigenous value systems and initiatives have been starved of state resources. 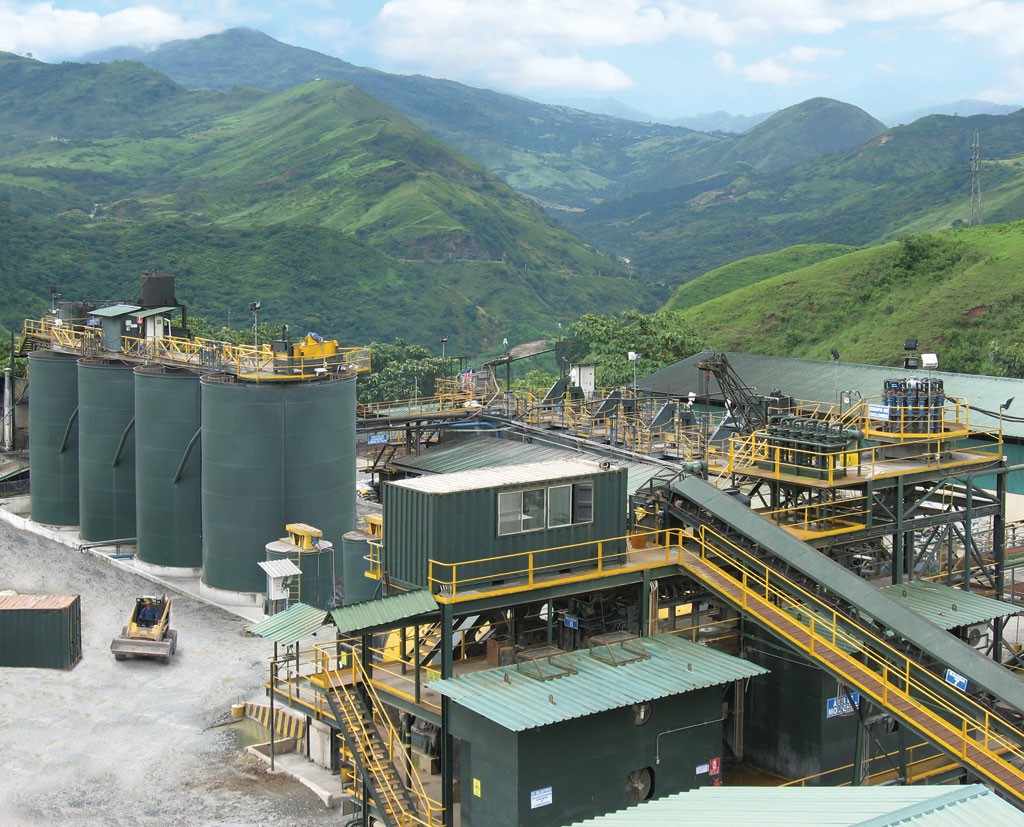 One community in the canton of Nabon, in the southern Azuay province, has been challenging these setbacks. It has been electing women mayors from the indigenous Patchakutik party for the past four terms of office. Since banks refused to set up in their area, the community has founded a successful credit union aimed at helping small farmers, artisans, women’s co-operatives and business people. It has encouraged people to feed themselves in the traditional way, using homegrown products, and it has eliminated hunger in the community. Co-operative restaurants run by local women feed the community and tourists.

The municipality has put emphasis on getting running water into each house and farm. This has released women from tedious hours of water collection over long distances.  Use has been made of the plentiful agave plant, allowing local manufacture of a tequila-type liquor enjoyed throughout Azuay and further afield.

Nabon’s energetic mayor, Magali Quezada, clearly has the respect of the whole community.  She has promoted young women to key positions on her team, but also helps the youth to honour the veteran community activists.  She has battled central government, which insisted on 32 audits of municipal finances in an attempt to obstruct municipal progress.

Central government also prevents indigenous education by insisting on conformity to the national syllabus. This only pays lip-service to local languages and cultures. It bypasses historic efforts to teach learners both in Spanish and the indigenous language of Quichua, and, beyond language, in different cultural modes of living and understanding the world.

During the Correa government, indigenous leaders opposed the water and mining laws which privileged the corporations. Correa stopped indigenous people having a say in new development projects in their areas, and refused to allow this right to be enshrined in the Constitution. Ecuador provides no guarantees for indigenous representation in the Congress.

Unlike in South Africa, Correa stacked the Constitutional Court with loyal judges. This means that people don’t feel free to use the courts to get justice for their struggles against extractive interests.  Judges who have ruled against government have also lost their jobs in recent years.

Once the oil revenues were depleted, Correa began a punitive hunting down of opposition indigenous leaders, members of the media, environmental groups and others. He was responsible for jailing 280 opponents and tried to close Ecuador’s main environmental group, Acción Ecologica. He once called them “ecologistas infantiles” or infantile ecologists. He also tried to limit the autonomy of some of the country’s foremost universities on the grounds that staff were increasingly critical of his regime.

Because of these authoritarian and pro-extractive positions, Correa sacrificed Ecuador’s progressive reputation in the world. Many who had seen him once as a beacon of the progressive Latin American left were forced to revise their opinions.

For these reasons, Pachakutik supporters had difficulty voting for Correa’s successor in the last elections. To keep Moreno out, they sided with his right-wing opponent. This enabled the ruling party, Alianza Pais, to accuse autonomous indigenous people of unprogressive behaviour. Moreno only gained power with a 51% result, which opponents questioned, but this was endorsed by the electoral authorities. 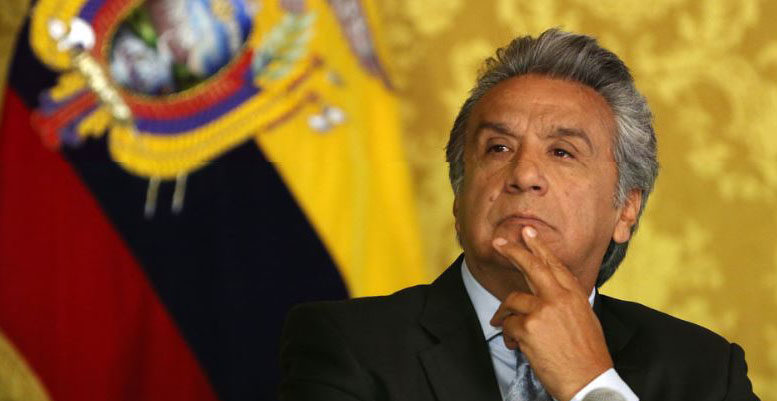 What hope with Moreno?

Correa’s legacy for Lenin Moreno is not favourable. The country is in terrible debt, oil and other commodity prices are at their lowest. Some years before Correa came to power, there was a collapse of the currency, and the country adopted the US dollar. But this has meant that its exports are also quoted in dollars, which have risen in value with the currency, pricing them too high for their usual customers’ pockets.  The resulting economic crisis allows only for policies of austerity.

Moreno’s hold on the presidency is flimsy, and Correa is said to be waiting in the wings musing the possibility of a comeback. Moreno is also being much more conciliatory towards Correa’s former enemies.

Moreno is wheelchair bound after a shooting in 1997. As a result, he has been a fierce champion for the rights of the differently abled in Ecuador.

For his foreign minister he has chosen Maria Fernanda Espinoza, the country’s former ambassador to the UN in Geneva. Together with South Africa, Esposito has been promoting a binding treaty to regulate the behaviour of transnational corporations in relation to human rights. In both countries this seems to contradict mainstream policy supportive of the presence of large transnationals. Some Ecuadoreans feel it reflects a strange “double agenda”.  It is not yet clear whether Espinoza’s move back to Quito will affect Ecuador’s support for this treaty.

Does Moreno represent a new chapter for Ecuador?  He would have to undo Correa’s overriding commitments to mining, oil and agribusiness.  Yet cabinet choices reflect more tolerance towards big business. For his oil minister, Moreno has selected Carlos Péres, a former Haliburton director, in an effort to get closer to oil interests. Commitments to anti-corruption and transparency made in his inaugural address may not be sufficient to persuade his critics that he is capable of restoring progressive politics to Ecuador.  Magali Quezada and her team in Nabon might find little respite in their local struggles.

David Fig is a fellow of the Transnational Institute in Amsterdam and works out of Johannesburg as a researcher and trainer with progressive social movements. He recently visited Ecuador as a guest of the Rosa Luxemburg Foundation global working group on “beyond development”