Marx at 200 and Marxist experiments in Africa

Marx at 200 and Marxist experiments in Africa 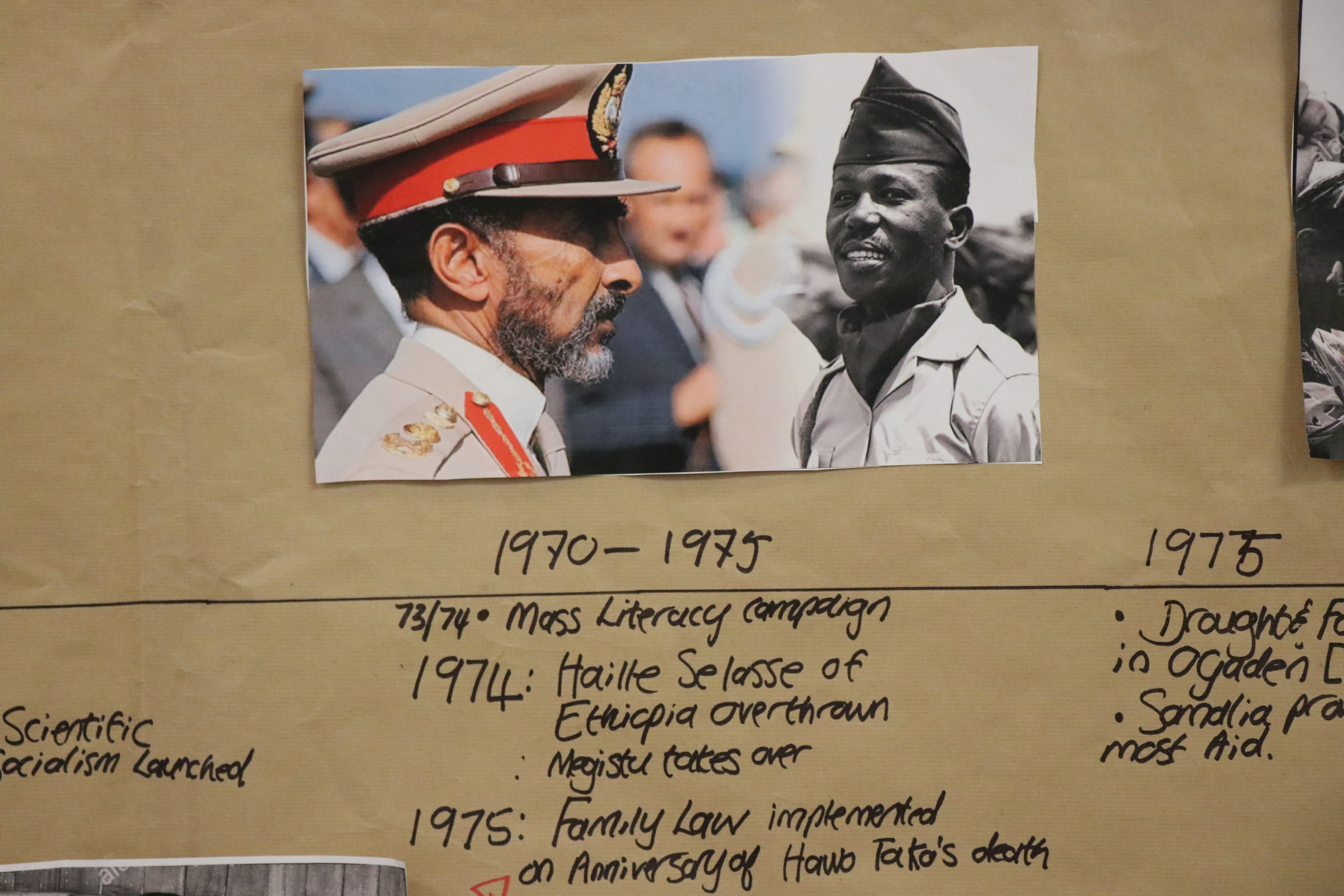 Marxist ideas and forms of political expression seem to be marginal in popular struggles in Africa today. But the retreat of Marxism on the continent is a recent development. The bicentennial anniversary of Karl Marx and the “Marx in Africa” camp organised by the Tshisimani Centre for Activist Education was a unique opportunity to look at how Marxism travelled to Africa, and how its teachings were appropriated, critiqued and indigenised by Africans desperate to unchain themselves from colonialism, racial oppression and exploitation.

The arc of Marxist experiments in Africa

For at least two decades in the twentieth century, variants of Marxism became defining political ideologies of post-independence regimes. By the end of the 1960s, a noticeable shift was taking place on the continent. For many, the moment was marked by the onset of a military coup in Congo Brazzaville. The country was declared a “People’s Republic” in 1968. It went on to form the Marxist Leninist Congolese Workers’ Party a year after the coup.

Soon thereafter followed several other cases where “disaffected/radical” soldiers seized power and made their mark on Africa’s Marxist Leninist footprint. From the Siad Barre regime in Somalia (1969) to Dahomey/Benin (1974) and the short-lived “People’s Democratic Revolution” in Burkina Faso (1983), these regimes spoke of and crafted radically different ways of organising society.

Anti-colonial guerrilla movements also looked towards Marxism-Leninism as the solution to the problems of underdevelopment, exploitation and oppression. Mozambique adopted the Frelimo anthem which committed the new nation to “struggling against the bourgeois” and declared the independent country a “tomb of capitalism”. The Angolan flag paid homage to the hammer and sickle.

While most of these regimes were products of different paths to power, they exhibited similar patterns in their quest to remake the world. A seizure of power and hand over of the state apparatus was followed by declarations of faith in Marxism-Leninism or scientific socialism. Where mass liberation movements existed, these were soon turned into vanguard parties of “workers and peasants” with the responsibility to guard and guide the revolution.

There was much dispute about whether these regimes were authentically Marxist. They departed significantly from the orthodox Marxist path to power and were significantly eclectic in their policies. But it was quite clear that the end of the 1960s right up to the middle of the 1980s could be considered a period of Marxist governance on the African continent.

Why focus on Marxism and a by-gone era?

For many, the focus on this short-period of “Afro-Marxism” is little more than a distraction. After all, across the continent, the doctrine has been all but deserted for “pragmatic” economic policies that have allowed the market to distribute goods and services. Moreover, as analysts like Daryl Glaser note, “The experience of Marxist-Leninist governance was disastrous by virtually any defensible metric. The lessons it offers for contemporary democrats and democratic socialists are thus largely negative.”

But Marxism was a defining political idea for much of the 20th century. The political expression, language and iconography of Marxism tied together 20th century generations of activists across different geographies.

Today, the hammer and the sickle as well as the slogan “socialism in our lifetime” are features of the Young Communist League’s visual identity. The EFF is a self-styled Marxist-Leninist-Fanonian party with “strong Sankarist leanings”. No anniversary of Samora Machel’s death goes by without political formations in South Africa paying homage to the “bold steps” that his regime undertook to craft an anti-capitalist route and give shape to what many observers considered to be Africa’s most promising Marxist state. With all their flaws, young activists draw inspirations from how these regimes allowed for land to be restored to the people, increased literacy levels beyond the colonial imagination and put old patriarchal norms to the test. 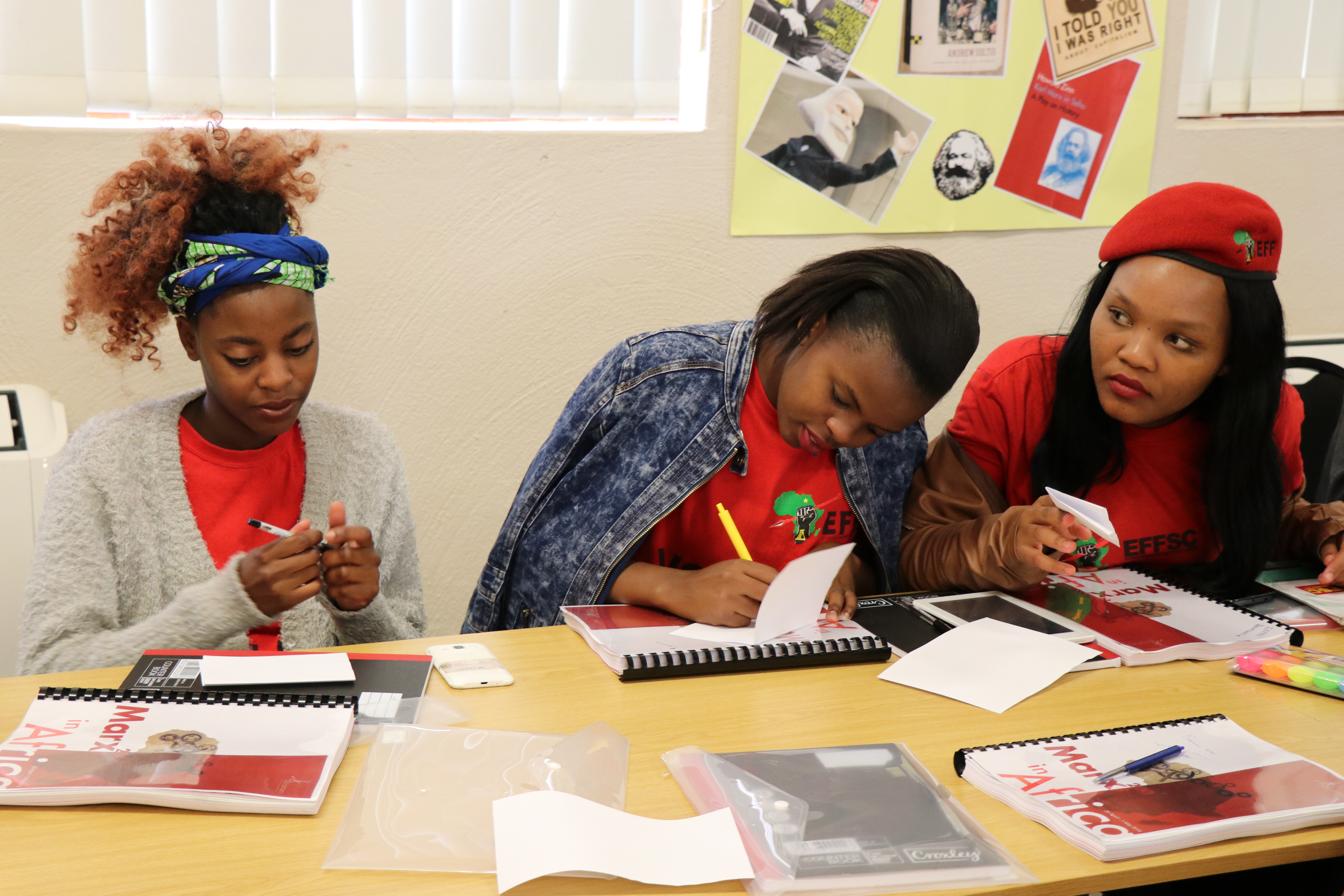 What can be gleaned from Africa’s experimentation with Marxism?

On the negative side, these experiments offer sombre lessons for those who seek to weave a democratic and anti-capitalist future in the 21st century. These lessons are most visible in the case of Mozambique.

Frelimo came to power in 1975. It enjoyed a limited geographical base. It was strong in the northern parts where peasant men and women had so eagerly participated in the independence war effort. But it was scarcely present in the southern parts, especially the capital Maputo. Disastrous urban policies, like the forced relocations of thousands of unemployed people from Maputo in a bid to stem urban overcrowding, antagonised sections of the population. They handed an aggrieved social force to Renamo’s war challenge on a silver platter.

Frelimo insisted on building a nation on the basis of Portuguese linguistic identity and rejected tribal affinity. This gave credence to the allegations that the party was championing a top-down modernising project that left throngs of illiterate rural Mozambicans, who could barely speak Portuguese, out in the cold.

Frelimo also shifted from the participatory democracy evident during the war against the Portuguese to a version of democracy that subordinated political life to the party and the state. Nowhere was this more evident than in the jettisoning of the “dynamising groups”. These were committees of people in urban neighbourhoods and workplaces who were charged with restoring order and public services to the people, and keeping enterprises and production going. This was the first clear articulation of a Leninist line in Frelimo’s 1977 congress.

The state’s insistence on the big project approach to economic development saw the limited funds available being prioritised to fund large state farms. This clearly deprived peasant agriculture of much needed resources and support.

The gender sphere did not escape. The unravelling of patriarchal gender relations was set in motion by the mass participation of peasant women in the war for independence. This experienced a setback as the focus shifted to the construction of the new state and a new nation. The radical language and experience of equality nurtured in the battlefield soon made way for warnings against “mechanical equality”. There was a premium placed on class struggle and this undervalued the necessity of struggle in uprooting male domination. The classical assumption that women’s liberation would be ushered in primarily through their inclusion in production and the victory of the socialist vision won the day. In this environment, the role of popular formations like the OMM (Organisation of Mozambican Women) was reduced to that of a handmaiden of the party.

Mozambique transformed rapidly from a socialist state to a playground of multinationals lining up to exploit the country’s land and gas reserves. Today many ask how such a rapid transformation was possible.

The answer lies beyond being a painful lesson about building socialism in a largely agrarian and externally oriented colonial economy that occupied only a subordinate place in the global system. It also lies far beyond the very real, long lasting damage caused by an externally sponsored civil war. The political choices, tactics and theory of change pursued by Frelimo in the post-independence period must be part of any serious and reflective look at what went wrong.

Critical debates about these experiments remain on the fringe of mass left political formations in South Africa. Revisiting these experiments in this way allows us to look at some of the promising aspects ushered in by these regimes. But it also allows us a more realistic look at some of their flaws. The debate about whether vanguard parties are the ideal political instruments for our times is championed only by marginal sections within left political circles in South Africa. The same can be said about the unquestioning acceptance of the working class as the revolutionary subject of our times. Seldom are there discussions that honestly tackle the changing nature and composition of the working class in a country where unemployment, underemployment and informality are stark realities.

A quick glance at left political party manifestos and policy positions points to the unyielding centrality of the state in the imagination of those who seek to change the world. A closer look at what the last three decades of the 20th century reveal about Marxist-Leninist governance in Africa opens up possibilities for creatively thinking through:

1. pathways to power, with the state as only a component amongst many others in our toolboxes
2. the ideal political instruments to bring us together as we wrestle with capitalism and its horrid consequences, and
3. the range of people who are oppressed, dispossessed and continually cast out by capitalism’s brutality and crises.

In other words, a more open and inclusive view of the motive forces or the revolutionary subjects today. In a world where it is still common to argue that a focus on gender struggles is divisive, these experiments also remind us of the high cost of such arbitrary reasoning.

Phindile Kunene is an educator at the Tshisimani Centre for Activist Education.

Posted in AIDC Tagged with: marxism