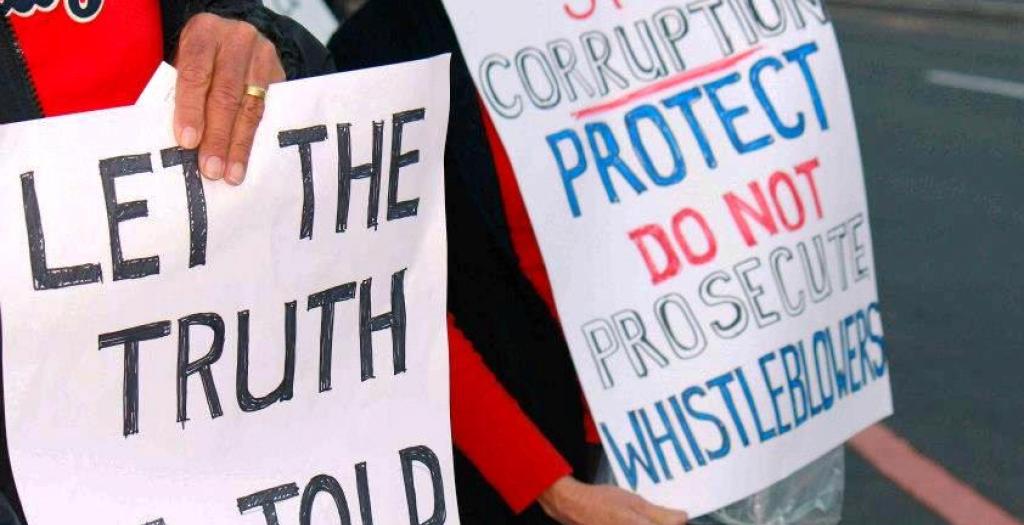 In 2007, ANC councillor Grisham Bujram was shot dead by a bodyguard and lover of the then-mayor of Dundee. The killing was carried out using the mayor’s car, but the murder charges were withdrawn in 2011 because of insufficient evidence. The former mayor walked away a free woman.

In 2008, IFP Endumeni councillor Peter Nxele was gunned down after he raised questions about R50 000 that had gone missing from a council business grant.

These killings are detailed in a report by Paddy Harper of City Press written earlier this year, titled ‘Killing of whistleblowers “business as usual” in KZN’.

But these murders are not unique to KZN. Over the last years, a worrying number of whistle-blowers have been killed, fired or had their lives ruined. This is particularly pervasive in small town municipalities and peri-urban areas. The most well-known case is that of Moss Phakoe.

Moss Phakoe paid dearly for unearthing corruption, fraud, nepotism and mismanagement. As an ANC councillor and unionist, he dug up evidence showing multi-million-rand fraud in the North-West province, an act which signed his death warrant.

On the evening of 13 March 2009, his body was found slumped over the steering wheel of his car with two bullet wounds, only two days after meeting Cooperative Governance Minister Sicelo Shiceka and handing over a dossier of allegations about the Bojanala District Municipality. 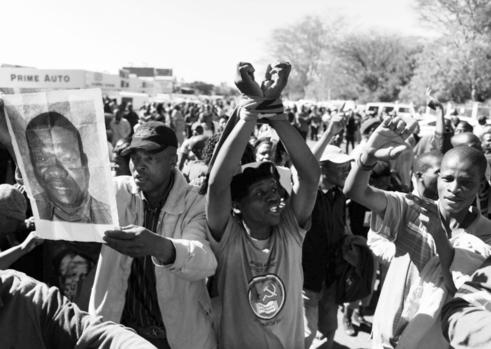 According to Alfred Motsi, Phakoe’s confidant, colleague and fellow whistleblower, almost a year before Phakoe’s death the two of them had compiled a dossier of evidence of corruption, amounting to millions of rands. They took this dossier to the ANC regional and provincial leadership, to NEC members Billy Masetlha and Siphiwe Nyanda, to ANC secretary-general Gwede Mantashe, and to the Office of the then- President, Kgalema Motlanthe.

Following a lack of action, they then sent the evidence to Jacob Zuma, who invited them to see him over the 2008 festive season. Following this meeting, they met a group including then-deputy president Baleka Mbete, Thandi Modise, Premier of the North-West province and ANC treasurer-general Mathews Phosa.

It was agreed that the dossier should be provided to the now-deceased Sicelo Shiceka, who would call a meeting to resolve the problem. Also present in this meeting was Matthews Wolmarans, the man who would later stand accused of the murder.

In 2011 there were a number of shocking arrests made:

Charges against Mphomane and Mataboge were dismissed for lack of evidence.

The murders remain unsolved following the decision of the Supreme Court of Appeal in 2014 to set aside the conviction of Matthew Wolmarans and his bodyguard Enoch Matshaba. Wolmarans reportedly intends to ‘sue the state and, individually, all seven police officers who wrongly implicated and arrested him for the much-publicised murder’. The career of the former mayor was also recently revived after he was sworn in as a councillor. 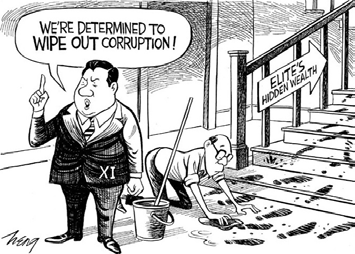 A witness in the 2012 trial for Phakoe’s murder alleged that ‘Zuma and other party leaders decided to deal with the corruption claims within the ANC’. If this is true, it raises the question: why are ‘political solutions’ being applied to criminal cases? Doing so undermines the rule of law.

Solly Phetoe, COSATU Provincial Secretary in the North West says, ‘Moss Phakoe was not killed by ghosts, the police must tell us who did it’. He expresses concern that the police wrongfully arrest people, while the real killers are running in the streets. ‘Anyone who takes it upon themselves to fight corruption faces the possibility that they will be killed and no-one will be punished for it. As a voice against corruption in the province, even I am worried about my safety’.

While the Phakoe case received a lot of coverage due to his position within Cosatu, the case is part of a bigger system of impunity. There is a pattern of people who expected support from the state and did not receive it.

In Phakoe’s case, there must be answers to these questions:

Justice for Moss Phakoe and many other whistle-blowers will remain elusive for as long as the corruption against which they took a stand remains unresolved.

Koketso Moeti is Executive Director of amandla.mobi and the National Coordinator of Local Government Action. She writes in her personal capacity.