Financialisation and the South African economy 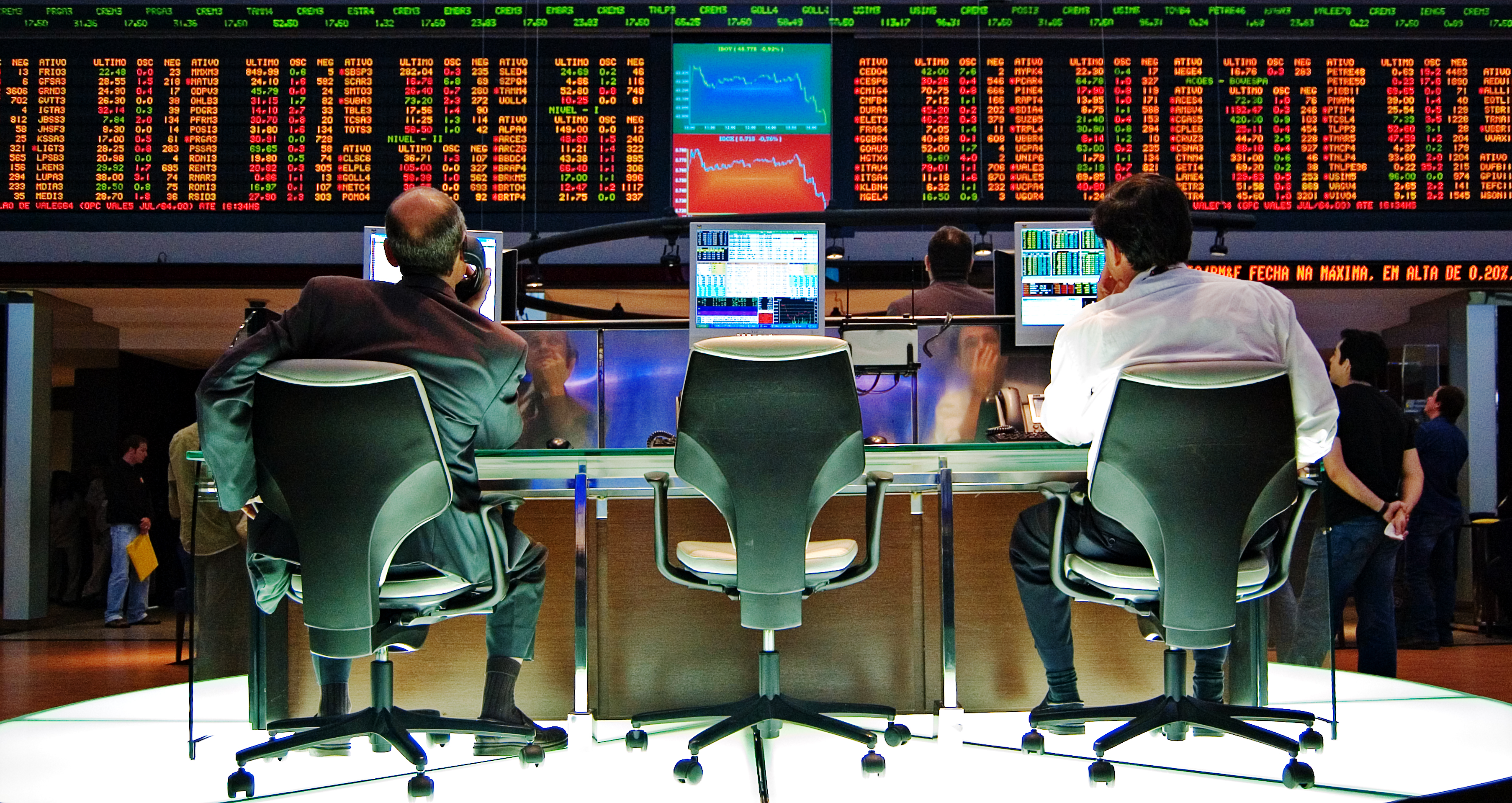 It is now widely accepted that neo-liberalism has entailed a global class project to shift the balance of economic and social power in favour of capital and away from labour. The ascendancy of neo-liberalism within nation states, particularly in the UK and the US, and in international institutions is rooted in the collapse of the post-war boom and the ensuing economic crisis of the 1970s. But the dominance of neo-liberalism was only possible as part of a broader conjuncture that included the collapse of the former USSR, alternative development projects in the South, and retreats by labour and social democracy.

The nature of neo-liberalism cannot be understood without an examination of the processes associated with financialisation because finance has been a critical component and mechanism underpinning and perpetuating it.

Financialisation as a term is loosely associated with the proliferation of financial markets, institutions and actors that have emerged since the collapse of Bretton Woods. Under this broad term are included:

It has widened inequalities and penetrated into more and more areas of economic and social reproduction.

Many commodity markets have become financialised, such as food and energy, with speculation affecting their volatility. The spreading of debt, in part to compensate for stagnant or falling real wages, has become critical to maintaining demand. Consumption is now increasingly based upon credit. In particular, capital gains in housing have been used as collateral. The growth of personal household debt is extraordinary.

The global balance of forces has thus shifted in two senses: from capital to labour, and from some forms of capital to others.

How do we situate these and other developments within a broader analysis of the political economy of South Africa in the two decades since the defeat of apartheid? Here it is necessary to situate the specific form that neo-liberalism and financialisation have taken in the region, and also to examine how wider changes in the world economy and capitalist development have interacted with the legacy of the apartheid past.

The system of accumulation in South Africa, the Minerals-Energy Complex (MEC), is one where accumulation has been and remains dominated by and dependent upon a cluster of industries, heavily promoted by the state, around mining and energy in raw and semi-processed mineral products, gold, diamonds, platinum and steel, coal, iron and aluminium. 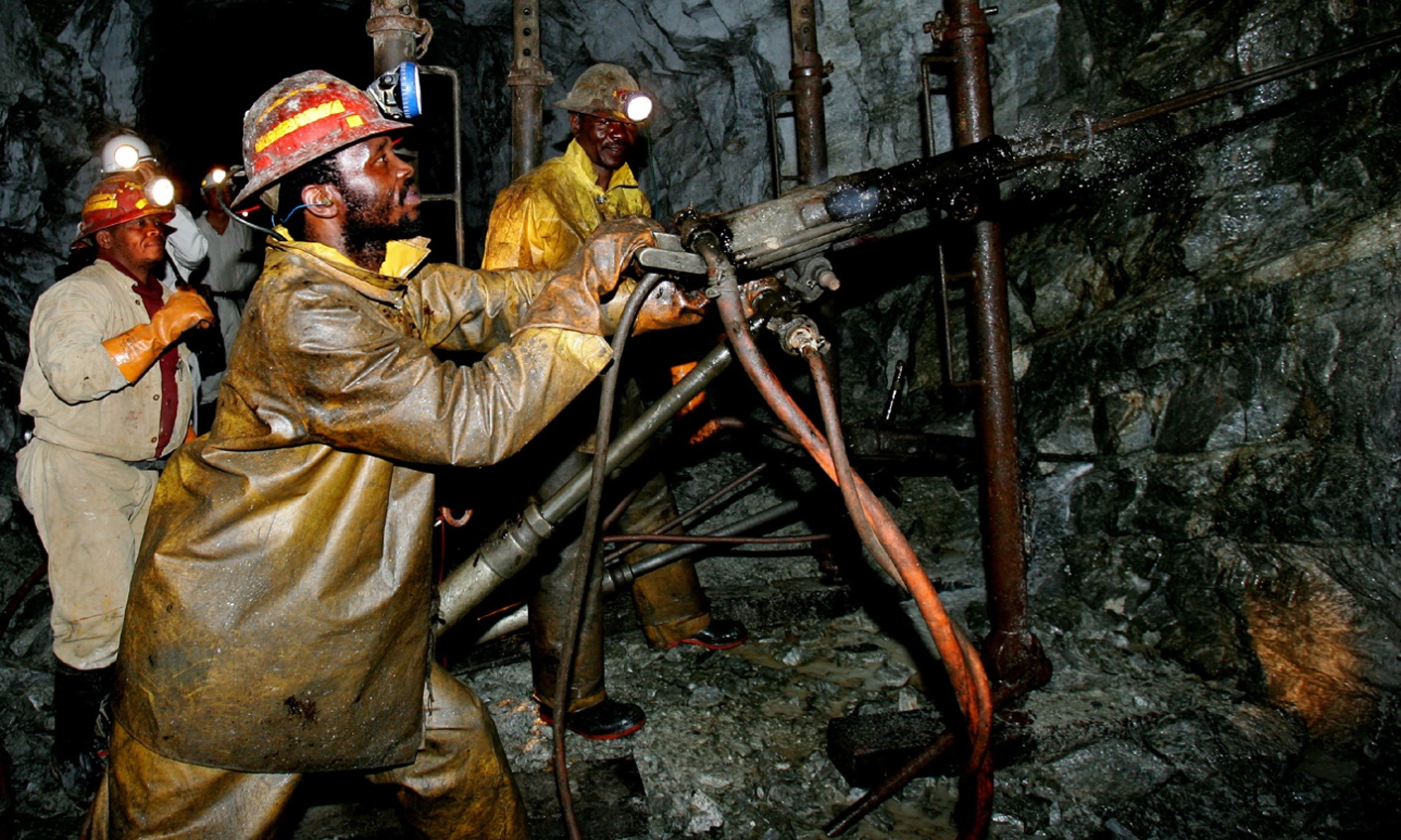 These sectors have close linkages with each other, but fewer linkages with the rest of the economy, and so don’t exert a pulling effect. This was not a problem for Afrikaner nationalism, of course, the aim of which was not broad-based economic development for all but the promotion of Afrikaner capital and the reservation of skilled jobs for white workers. But breaking out of the MEC is a problem if you want to diversify the economy to generate jobs and more equitable development.

Both the apartheid and the postapartheid eras have failed to diversify out of this core base in the MEC, and their interconnections with, and influence over, state policy have remained critical. As a consequence, manufacturing has been confined to a relatively limited number of industries around primary production and has been weak in capital and intermediate goods. So manufacturing as a category remains closely linked to mining and energy sectors. The failure to develop light manufacturing and other labour intensive sectors has resulted in the deeply entrenched levels of unemployment, not helped by GEAR.

In this, financialisation has produced a particular combination of short-term capital inflows (accompanied by rising consumer debt) with a massive long term outflow of capital through legal and illegal means, as major corporations have chosen to list offshore and internationalise their operations while concentrating on core profitable MEC sectors in South Africa.

The short term nature of capital inflows into South Africa has affected the time horizons on lending by domestic financial institutions. The bulk of these inflows have been channelled towards financial speculation and the extension of private credit to households. This expansion of credit has not been reflected in increasing physical investment as corporates have allocated increasing shares of their total investment to the acquisition of financial assets, while at the same time hoarding some R600 billion, producing crises in levels of long-term investment.

Over 90% of domestic credit extension has been channelled into consumption, with mortgage loans making up the highest share. The expansion of credit has supported growth in the wholesale and retail sectors and also in personal services, but few jobs have been created and those that have are semi-skilled and vulnerable.

Unsecured lending (to consumers or in the form of small business loans to those who don’t possess assets) is the fastest growing sector of the credit market. And unsecured lending is fuelling growing household debt. The National Credit Regulator in 2012/13 estimated that personal debt is at 36% of GDP , 75% of disposable income. And it is increasing the number of people who have impaired credit ratings. As of March 2013, some 47.5% of credit active consumers (around 20 million in total) have impaired credit records. While mortgages and secured credit generally go to people who earn more than R15 000 a month, unsecured lending is concentrated among those earning less.

The result is an economic and social crisis of labour that has a number of dimensions and has intensified over the last 20 years. Total unemployment stands at 8.5 million, up 1.724 million since 2008, with 5.1 million unemployed according to the official measure, and a further 3.4 million long term discouraged unemployed. Youth unemployment is higher, with unemployment for 15-24 year olds at 51.3% in 2014. Unemployment remains particularly concentrated among black Africans.

The National Income Dynamics Study (NIDS), a panel study of 7 300 households, shows that the biggest support for the unemployed (60%) comes from the labour income of either a household or a non-household member. A further 20% of households live off social grants, 14% of households report no income, and 7% survive off remittances. The survey finds a high degree of churning around the poverty line but, essentially, the only way out of poverty is for someone in the household to find a job.

To working poverty and unemployment we can add issues of high food prices, hunger, stunting, ill health, poor basic social services. In addition South African workers have a low social wage because the state/public provision of infrastructure such as transport is weak, with workers paying relatively high prices. Despite all the evidence that demonstrates that the South African economy is trapped in a low investment, low productivity, low wages, low employment trap (and that lowering wages further will not help break this cycle), the dominant narrative remains that wages are too high and labour markets too inflexible.

The effects of the financialisation of the economy need to be understood as distinct but interconnected processes, some of which are the result of conscious policy choices, some the pursuit of financial interests and the power of financial institutions over policy, and others the workings of markets. Together they produce outcomes that are devastating.

For labour, the big corporations downsize and distribute (to shareholders) approach has meant job losses, casualisation and wage repression ñ often via labour brokers, while pay-outs to shareholders in many sectors have boomed, as has the stock market. The result has been to render South Africa more unequal, indebted, unstable, and dependent on the MEC core.