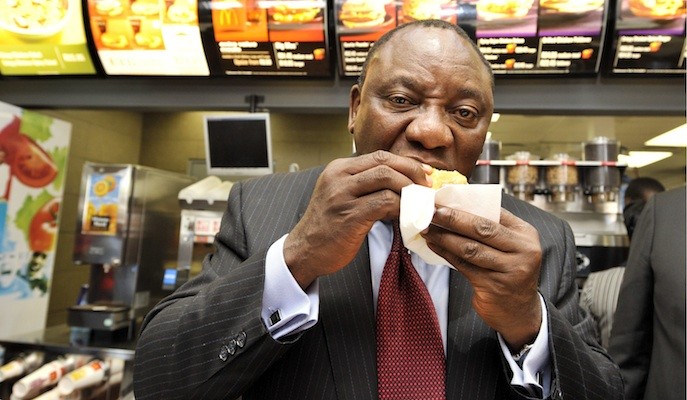 The year 2019 will undoubtedly be an important year for the Ramaphosa regime. The general election provides an opportunity to consolidate power, but it also poses a threat should a resounding win for the ANC not be forthcoming.

While President Cyril Ramaphosa must focus on winning votes and consolidating party unity, he must also attend to the need to secure concrete economic gains, a process that has already begun through a variety of summits and meetings in 2018, and plans for economic recovery outlined in the recently-delivered state of the nation address.

The South African economy has emerged from a recession that dampened Ramaphosa’s first year in office. Yet it is unlikely that the economy will create employment, reduce inequality and lift millions from poverty if bold actions are not taken in the immediate future.

The corruption, nepotism and gross mismanagement of the Jacob Zuma era have undoubtedly had a devastating effect on the SA economy. But a mere clean-up and change in administrations is not enough to fix structural ailments, the result of an extractive and capital-intensive accumulation path with deep roots in the historical evolution of the local economy. The problems in the South African economy are as much linked to macroeconomic policy choices that have failed to address the latter as they are to corruption and ineptitude.

There is a growing consensus that a new macroeconomic policy must be articulated within a type of “new deal” or, in Ramaphosa’s words, “social compact,” that would involve trade-offs and bargains with South African capital.

This will not be the first time the ANC government has embarked on such a project in the context of a crisis. Indeed, the transition to democracy, the negotiated settlement that brought it about, and the macroeconomic policy choices made as a result, offer some useful lessons for the current administration.

The bargains struck at the transition have had a profound effect on the structure of the economy and, we argue, in many ways created the conditions for the private and public sector corruption evident in state capture.

The “social compact” of the 1990s involved giving major concessions to South African capital in the form of deregulated trade and financial markets. These concessions were rationalised on the view that sustained private-sector fixed investment would follow and spur economic growth.

This would in turn allow for the massive structural and racial transformation needed to deal with the legacy of colonialism and apartheid. Black economic empowerment, a policy that almost all agree has failed to live up to expectations, along with some labour regulations, were agreed as part of the redistributive component of the growth strategy.

The policy that heralded the dawn of SA’s so-called “homegrown” structural adjustment program was the growth, employment and reconstruction policy (Gear). Gear is typical of new consensus economics, something based on the so-called “treasury view”. In this view the state should have a limited role in macroeconomic policy, save for efforts to reduce the public debt ratio and budget deficit as a percentage of GDP. Expanded state spending is believed to “crowd-out” private sector investment, while reductions are said to stimulate (or crowd-in) these.

This is the thinking that underpinned the key elements of Gear; namely limited government expenditure, low inflation targets, deregulation and privatisation.

However, Gear did not deliver the goods. There is little evidence that the policy generated fixed investment, especially by the private sector. Rather it was the increased public sector investment from the early 2000s until the 2008 financial crisis that, along with the global commodity boom and credit-fuelled consumption, gave us the higher growth rates associated with the Thabo Mbeki regime. Yet in general, the post-apartheid period has been characterised by persistently low economic growth rates, shedding of jobs, low fixed investment in productive industries and the erosion of the manufacturing sector.

Since the 1990s, and especially in the wake of the 2008 financial crisis, there has been a profound shake-up in the global conversation on macroeconomic policy choices. An epoch of unbridled faith in the virtues of the market is now over. This is revealed in increasing debate even within the World Bank and International Monetary Fund on the merits of “structural adjustment”, relaxed capital controls and the necessity of fiscal discipline. Inequality is now a mainstream issue, with several IMF economists recently admitting that inequality is a negative “political choice” resulting from economic deregulation — see the new book “Confronting Inequality: How Societies can Choose Inclusive Growth”.

A global student movement challenging neoclassical orthodoxy and conservative policy prescripts has also emerged. So deep is the crisis in economic orthodoxy that even Francis Fukuymama, proclaimer of “the end of history”, has called for “socialism to return”.

What is deeply concerning is that there is currently no indication that this rich conversation and substantial shifts have filtered into mainstream economic discourse in SA, save for a few admirable efforts by student groups, heterodox economists and political economists.

The conversation about the “new dawn” needs to move beyond the all-too-prevalent view that all that is needed to stimulate economic recovery is a generalised idea of improved “investor confidence” and that this will happen once the budget deficit is diminished, an ever narrower band of inflation is met, and state capture is dealt with. What’s more, there can be no doubt that our state-owned enterprises need major restructuring. Yet it is concerning, as Sean Sweeney has argued on these pages, that the unbundling of Eskom suggests another attempt at “privatisation.”

The current administration should be alert to the substantive policy limitations that a return to the principles of Gear would represent. It should also not replicate the rather secretive and nonconsultative means by which Gear suddenly replaced the ANC’s 1994 reconstruction and development plan. Unfortunately, the development of economic policy during the transition abandoned the struggle’s mass-based, consultative roots in favour of “behind-closed-door” decision-making. Vishnu Padayachee and Robbie van Niekerk have argued that the process of economic policymaking during the transition was fragmented, compartmentalised and personalised, and was cut off from multiparty talks at the likes of Codesa. We cannot afford a repeat of this as we confront our current crisis.

The finance minister recently called for “out-of-the-box” thinking, and we would urge that this be taken as a genuine call for debate. We need a “new deal” that would be truly transformative, inclusive of all stakeholders and commits to experimenting with fresh ideas. We hope to see the outlines of such thinking in the upcoming Budget speech and not a consolidation of austerity.

What is also generally missing from mainstream economic policy discourse is a systematic attempt to integrate concerns about the looming ecological disaster into debates about growth, redistribution and investment, and indeed capitalism as a whole. We can learn from the green new deal proposals in the US, and initiatives calling for a just transition and 1-million climate jobs in SA, and invest in energies that will limit our reliance on fossil fuels as well as those that make the country more resilient to the effects of climate change.

The world is changing and so is the global discourse on social and economic policy. SA should not miss the opportunity to shape a “new deal” in line with past experiences and present realities.

Osborne and Smith are with the Institute for African Alternatives.