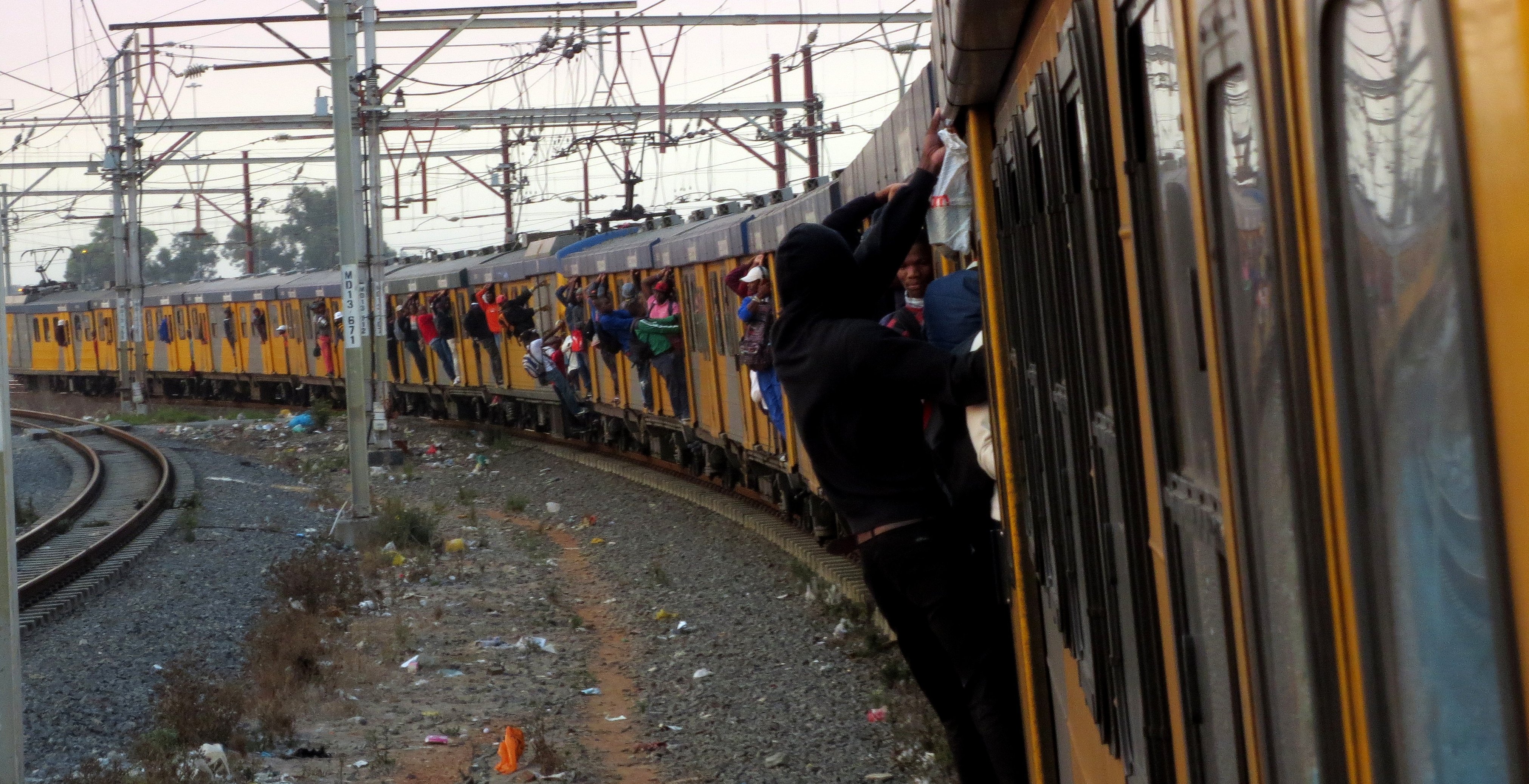 Last month, Finance Minister Malusi Gigaba issued dire warnings about South Africa’s state-owned power utility, Eskom, arguing that the rand and the economy more broadly would collapse if Eskom’s liquidity crisis was unresolved. The Public Investment Corporation then announced it has agreed to lend Eskom R5-billion to cover operating costs until the end of the financial year in March, despite opposition from trade unions and the Public Servants Association.

The problems at the Passenger Rail Authority of South Africa, SAA and the SABC are well documented and the problems with the SOEs have been highlighted by newly appointed President Cyril Ramaphosa.

Rather than engines of development, South Africa’s SOEs have become synonymous with mismanagement, corruption and cronyism and the epitome of post-apartheid state capture. As a result the government has had to intervene frequently — either by providing cash injections or treasury-backed guarantees on loans — to keep parastatals afloat.  Both of these actions put immense pressure on the fiscus, already under threat from lower-than-expected tax revenues.

A number of organisations and individuals have called for the immediate privatisation of SOEs to resolve this crisis. The Institute for Race Relations argued in a 2016 report that the only “alternative to privatisation is continued poor governance, crony capitalism, [and] never-ending rises in costs to both taxpayers and consumers”. More recently, political analyst RW Johnson and Democratic Alliance leader Mmusi Maimane have called on Ramaphosa to implement blanket privatisation.

Advocates of privatisation maintain that SOEs are inherently inefficient. Managers of SOEs are not shareholders and, so the argument goes, have little incentive to ensure long-term profitability and sustainability of the enterprise. In addition, privately owned firms are purportedly more accountable because shareholders can threaten sell-offs when a firm is performing poorly.

SOEs operating under government protection are thought to have little incentive to innovate or drive down costs, which results in poor quality products and higher running costs. SOEs motivated by political pressures, rather than sound business sense, will be less likely to lay off workers even when profits demand it. They are also unable or unwilling to invest in infrastructure or other projects that hold long-term benefits.

On the other hand, privatisation is thought to open the market up to increased competition, improving efficiency. Governments can also raise revenue from the sale of state-owned assets, which can help them to fund other developmental ambitions. The South African state, therefore, should abandon the country’s SOEs to private business and trust in the benevolent forces of the market to raise social welfare.

But there is little empirical evidence to support the privatisation agenda.

The claim that incentive and monitoring structures in the private sector are inherently better than in the state sector is dubious; managers in private firms are today often driven to maximise current stock prices over preserving the long-term interests of the firm and the broader economy. This problem has been particularly acute since the rise of the shareholder value movement, something that has led to devastating short-termism and macroeconomic instability.

It is also more difficult in practice for shareholders to hold companies accountable in the way that privatisation supporters will admit. The ability for numerous shareholders to monitor performance in private firms when they have relatively small stakes is largely curtailed. This is a problem of the public good in the sense that no individual shareholder has the incentive to monitor and discipline management on their own. SOEs, on the other hand, may be easier to monitor than private firms if proper mechanisms are put in place.

The public, through their taxes, have more incentive to monitor and discipline SOEs than private shareholders. If we develop a centralised, capable agency to monitor SOE performance then we should pursue that option over privatisation.

Privatisation does not serve to raise the kind of capital that advocates claim. Historically, SOEs have been sold cheaply to foreign investors or domestic insiders with close links to government, leading to accusations of corruption and collusion. Additionally, the sale of an SOE results in a once-off cash injection but robs governments and, by extension, the public, of the opportunity to generate continuous revenue from the dividends of a well-run, profitable SOE.

Doing privatisation well is ultimately a difficult procedure demanding a capable and competent state and might facilitate — rather than curb — corruption if the latter is not available.

The choice to privatise should also take into account broader societal implications. One of the most damaging outcomes of privatisation is its effect on employment. According to the nonprofit organisation Public Citizen, privatisation of water services in the United Kingdom led to 10 000 job losses in 10 years. A decade after the UK’s miners’ strike of 1985, more than 200 000 jobs were lost as a result of coal privatisation, creating the largest British industrial conflict of modern times.

The effect on the national fiscus is also not straightforward; the experience of British National Rail indicates how privatisation can lead to higher government subsidies.

Contrary to the assertions of privatisation advocates, SOEs have historically played an important role in economic development globally.

The successful economies of East Asia during this period — including Taiwan (the fastest-growing economy globally at the time), Singapore and South Korea — also benefited from strong SOEs, as did Kenya, Côte d’Ivoire and Tanzania in Africa. There is no unambiguous causal link between the size of the SOE sector and economic development. But the above examples show that the mere existence of SOEs does not necessarily lead to poor economic outcomes.

In South Africa, with its high poverty rates, certain products should remain or become decommodified. These are products essential to human life and include water, education, railways, electricity, communications and sanitation.

The fight to decommodify education is well known. The recent water crisis in Cape Town (and to a lesser extent in KwaZulu-Natal) has once more led to calls for water privatisation. The World Bank has predicted that, by the year 2025, two-thirds of the world’s population will run short of fresh drinking water. Given such a grim future, it comes as little surprise that Fortune magazine recently defined water as “the oil of the 21st century”.

But water privatisation can have disastrous social effects. For instance, Bolivia’s public water system was recently privatised as a condition for a World Bank loan. The private water company, Aguas del Tunari, immediately doubled water prices. For thousands of families, their water bills accounted for a fourth of their monthly budgets, and many families had their water turned off.

In Nelspruit, water rates increased by more than 400% between 1995 and 2000 after privatisation. In KwaZulu-Natal, changing a communal tap to a prepaid metering system caused a cholera outbreak that claimed 300 lives as people searched for alternative water sources.

Part of the immediate solution must be the creation of an advisory body that oversees SOEs. In a recent speech, Ramaphosa noted that we need to explore the formation of a single “SOE co-ordinating council”, as proposed by Economic Freedom Fighters MP Floyd Shivambu.

We would propose that any oversight body would be independent and encompass members of civil society organisations, labour and social movements to ensure that SOEs are subject to democratic social control and fulfil their stated developmental mandates.

We need to find ways to resolve the current crisis while remaining committed to the principle of SOEs playing a developmental role. We should do this while pursuing the progressive decommodification of basic goods and services.

If privatisation gains steam then progressive forces in society will need to draw inspiration from fights taking place across the globe. Despite the inarguable problems in South Africa’s SOEs, we need to be bold and unambiguous about claiming “the commons” of society.

Michael Nassen Smith is the deputy director of and Carilee Osborne a researcher at the Institute for African Alternatives, publisher of New Agenda: South African Journal of Social and Economic Policy