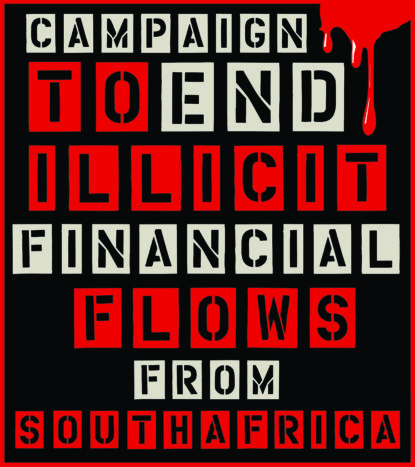 Around the world we are seeing the growing power of transnational and multinational corporations. This is evident in the fact that in 2016, 69 out of the top 100 economies were corporations. TNC’s and high net worth individuals use various tools, such as aggressive tax planning and transfer pricing arrangements in order to shift profits to secrecy jurisdictions. In 2012 a report estimated that between $21 trillion to $32 trillion dollars (the equivalent of the USA and the Japanese economies combined) was hidden in secrecy jurisdictions.

Consequently we are seeing a massive transfer of wealth from workers as well as a reduction of the tax base. This is because capital outflows do not only erode the tax base they also erode the base for paying living wages to hundreds of thousands of workers and the base for local investments. In order to replace revenues lost to capital outflows, governments increase indirect taxes including VAT. As a result union members are picking up the bill for corporate tax greed, and the increase in VAT affects the poorest the most. Therefore, our concern is not just with tax avoidance but equally wage avoidance. 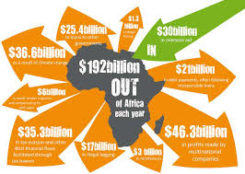 society efforts to regulate and hold corporations to account. AIDC has joined these efforts since 2011 by focusing on mining corporations and the impact it has on wages. To this end AIDC has done extensive research on the issue of IFFs and BEPS including case studies on corporations (including Lonmin, Glencore, Robertson Winery, submission to the Davis Tax Committee and another example yet to brought to public attention – the Crocodile Case) exposing the illicit practices of TNC’s and the architecture that underlies it.

This is not just a South African problem. Internationally, demands from civil society following increased pressure on public finances of developed economies post-08 global financial crisis has forced the OECD to act. In 2015, a 15-point action plan was announced to tackle IFF’s and BEPS. Including demands for increased international transparency standards. Yet until now putting in place a well policed regulatory framework to halt IFF’s and BEPS has proven challenging.

Therefore on the 2nd & 3rd October, the AIDC will be hosting a seminar to discuss the kinds of measures (organisational and legislative – in the form of an anti-avoidance act) that can be put in place to halt wage and tax avoidance in South Africa. This will be a high level meeting, bringing together broad cross sections of society including trade unionists, tax experts, journalists, NGOs working on tax and wage avoidance, members of SARS, etc. In this regard we are cordially inviting you to participate in the seminar to discuss the scale of the problem as well as towards developing strategies to tackle capital outflows from South Africa and the region.

Want to read more about wage & tax evasion? Check these two articles out: