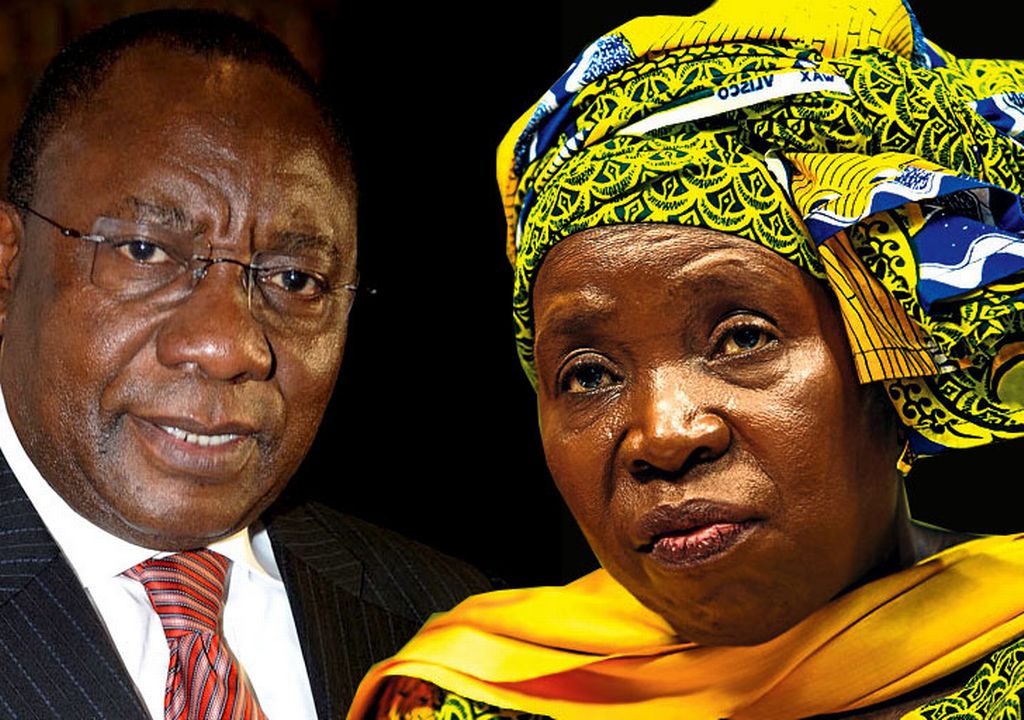 The development of the economic and social crisis into a political crisis has substantially weakened the power and legitimacy of President Zuma. The crudeness of Zuma and his cronies’ grab for lucrative state contracts has taken “state capture” out of the political theory text books and made it a popular slogan of the day.

The political power struggle that has divided the ANC is now dividing government. Ministers are attacking each other publicly and some Ministries and state departments are becoming sites of struggle between different ANC factions. The not so hidden hand of the President is not hard to see in the power plays affecting SARS, the Treasury, SAA and the SABC, to name just a few state-located sites of struggle. Jeremy Cronin has tried in the past to deflect criticism from the SACP’s role in state institutions by promoting the idea that the state was a site of struggle. He could not have had this in mind.

The current crisis is quite similar to the pre-Polokwane crisis that gripped the ANC. It too had consequences for key state agencies like the National Prosecuting Authority, Scorpions and other security agencies. The focus on Zuma as the source of the crisis in the ANC is superficial. Of course, in terms of the current situation (the firing of Nene, Nkandla and the undermining of the Public Protector) Zuma is at the heart of things. But the crisis in the ANC runs much deeper and has been going on for some while. Its roots lie in the transformation of the ANC from a liberation movement based on the mobilised support of mostly working class and poor rural people. What we see now is that the ANC is not just transformed into a political party. It is a party dominated by frustrated and aspirant black petty bourgeois and lumpen bourgeois elements. Through their control of the ANC, they seek to elevate themselves from professionals and public servants into substantial owners and controllers of capital.

What has taken place in the ANC over the last 15 years is the erosion of a political balance between more left-wing, social democratic forces based in Cosatu and the SACP on the one hand, and nationalist and pro-business forces on the other. In the era of Mandela and Mbeki, this balance was the basis of a broadly social democratic equilibrium. It was eroded under the Mbeki regime as he was driven to concentrate more and more power in the Presidency and away from the ANC, which had become increasingly a contested space.

That contestation had to do with a developing middle class domination that was taking place in all parts of society. The ANC abandoned a more radical transformation agenda and tried to play by the rules of global capitalism and neoliberalism. And it is precisely the shift to neoliberalism which contained and thwarted a redistribution programme. This deepened the social crisis that created the convulsions in society which we have seen in the service delivery protests and workers’ strikes. It is these convulsions that forced Mbeki to become more authoritarian as his government tried to mediate the contending interests in society reflected in the state.

Mbeki’s managerialism was not simply a personal style. It was based on the need to manage the sharp contradictions in a society which was constrained by neoliberalism and globalization. which had given rise to deepening poverty, inequality and mass unemployment. 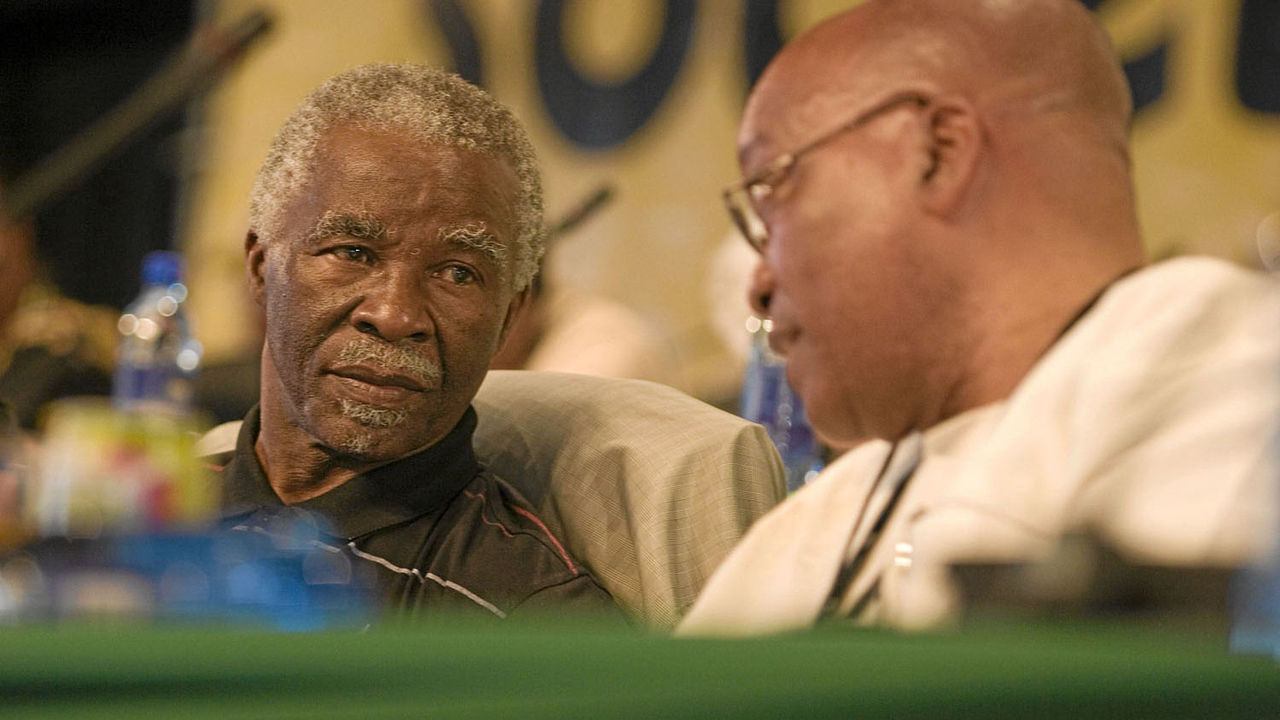 The coalition of the wounded

The coalition of the wounded that embraced Zuma and put him in power was based on the politics of “my enemy’s enemy is my friend”. It had hoped that in some way Zuma would restore the social democratic equilibrium and the ANC as a broad church, working towards a common vision of transformation. Understanding Zuma’s history, his connection with Schabir Shaik, his links with the Arms Deal, his period as KZN MEC for Economic Development and of course his role as National Deputy President should have been enough to demonstrate that, outside a programme of mass mobilisation, Zuma was not going to deliver on a radical programme of transformation.

Being in opposition is something the so-called left of the Alliance could not contemplate. They can’t even contemplate it today. So deep is the SACP’s opportunism that as they become estranged from Zuma they now rally around Ramaphosa as Zuma’s successor. One should not underestimate the significance of their adherence to the dogmatic formula of the NDR. Its stagist approach and its adherence to a schema of alliance with a “patriotic” part of the bourgeoisie has served to justify and entrench its role in the ANC and co-option into a neoliberal state.

The political power struggle that has divided the ANC is now dividing government. Ministers are attacking each other publicly and some Ministries and state departments are becoming sites of struggle between different ANC factions.

At any rate, the nature of the Zuma leadership was well understood by some on the left. Mazibuko Jara’s paper “What colour is our flag? Red or JZ?” warned about Zuma’s anti-democratic, predatory and patriarchal tendencies – well before the Polokwane Conference!

Zuma and the cronies around him represented a continuity with the corrupt petty and lumpen bourgeoisie that Fanon and others identified in their analysis of neo-colonialism. They were legitimised and encouraged as the agents of transformation by statements like “we never struggled to be poor”, and “now it’s our time to eat.”

So the current crisis in the ANC has to be understood as a reaction to the failure of Zuma to materialise the radical version of the National Democratic Revolution upon which the Alliance of the wounded came together.

The context of the global crisis

This failure took place during the onset of the global financial crisis. This crisis turned out to be more like the great depression of the 1930s. It has had a profound impact on South Africa’s deeply integrated and open economy. It is not just the more than 1.2 million workers who lost their jobs between October 2008 and March 2010. It is also the current collapse of commodity prices, as economic stagnation takes its toll in the industrialised centres of the world, particularly with the slow-down of the Chinese economy. The collapse of commodity prices has placed the South African economy in a recessionary tailspin with little prospect of a recovery.

The global economic crisis that broke out at the very time Zuma assumed leadership of the ANC further limited the space for a more radical redistributive agenda. With a shrinking economy and plummeting share values, the new bourgeoisie became more desperate to get their hands on state institutions as a means of acquiring greater economic opportunity. With Zuma’s Presidency there arose not just an alarming rise of cronyism and corruption but also the open flouting of the rule of law and the Constitution.

As long as the gravy could continue to flow to lower echelons of the Party this was not too much of a concern for the ANC leadership. What had to be managed was the dispensing of patronage to keep different factions satisfied. The arrival of the Guptas destabilised the processes of patronage and consolidated a powerful faction around Zuma at the expense of other groupings. Importantly, bourgeois forces less dependent on the state for patronage and with closer ties to big capital, such as Ramaphosa, Sipho Pityana and Motsepe, became increasingly estranged from the crass and crude looting undertaken by the Zuptas.

The firing of a Finance Minister, well respected by the “markets”, destabilised the economy and more particularly those markets. One can imagine how those in government less linked to the predatory elite felt alienated by the actions of Zuma and the cabal around him. This was emphasized when they had to deal with approaches from big business, warning of the financial turbulence if Nene’s firing was not reversed.

And finally, it is worth remembering the wider frame in which the economic and political crisis in SA is playing out. The global crisis and specifically the global economic crisis is shaping the nature and tempo of SA’s crisis. While there are significant internal factors that help us understand SA’s unemployment crisis, we cannot fully understand the jobs bloodbath without taking into account the global situation.