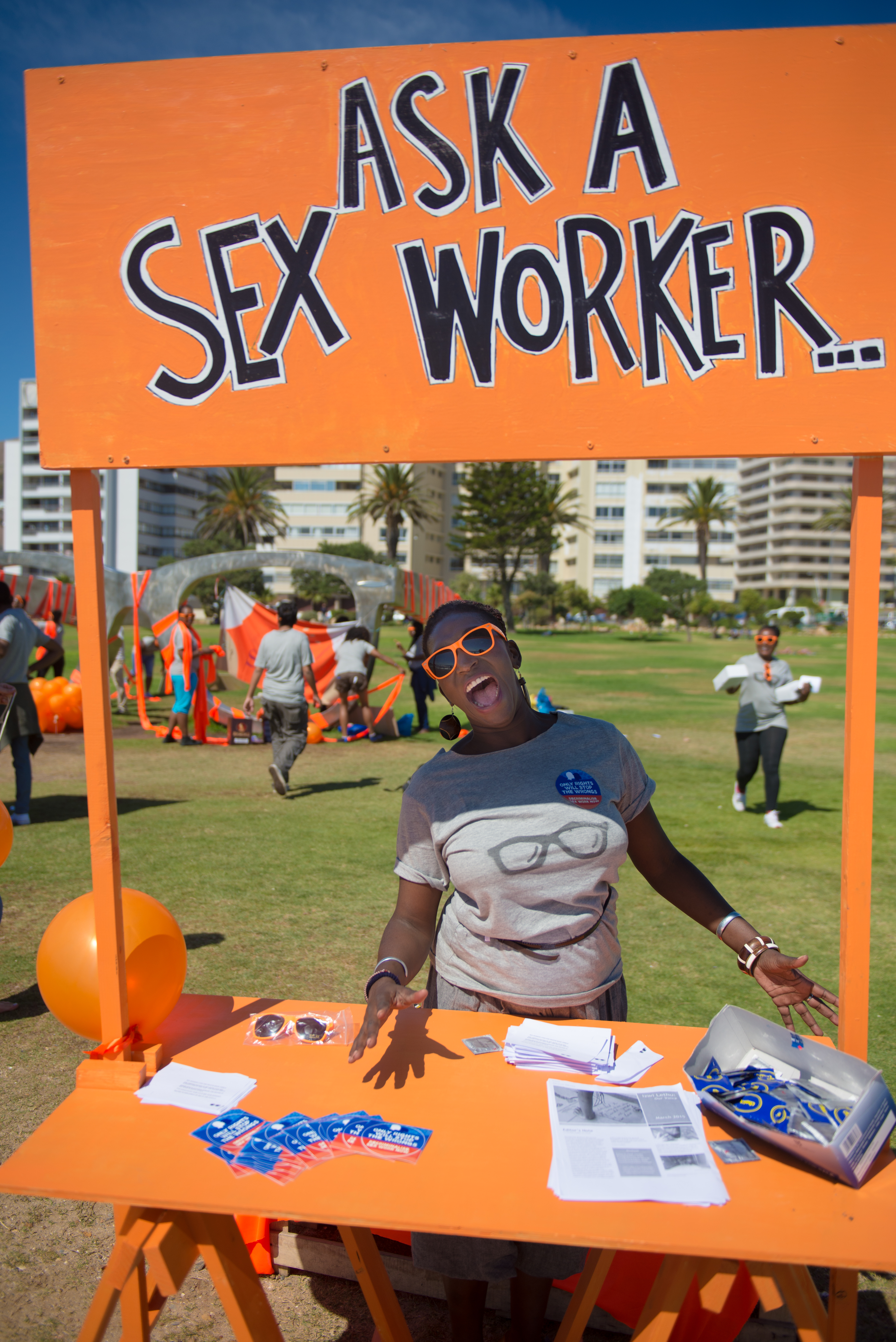 1. At the end of the day, whether or not you approve of sex work morally, politically or ideologically, supporting the decriminalisation of sex work is supporting women’s agency. It will make the world a little safer for sex workers.

In South Africa we are losing the war on women’s bodies, losing by a landslide. Given the traumatic rates of femicide, rape, domestic violence and torture, the abuse of women is tantamount to genocide. At the frontline of this war are sex workers. Sex workers’ bodies are not only the site of physical struggle as the criminalisation of their work puts them in constant danger; but they are also a site of ideological struggle as they fight for recognised bodily autonomy. This in the face of a patriarchal society and government that actively works to silence and stigmatise them. Sadly, these struggles are also being fought inside the spaces that were established as sites of solidarity for feminists to unite and oppose these patriarchal institutions.

Sex work, ie the sale of sexual services, is one of the most contentious issues within the feminist movement. Like any ideological position, there is great diversity of opinion – from feminists in favour of sex work and its decriminalisation, to feminists opposed to ‘prostitution’ who argue for its abolition – and no it is not a clear, neat dichotomy. Although this division is not new, these continued rifts have resulted in a lack of a unified response for the support of the human rights of sex workers and the call to decriminalise sex work in South Africa. We offer a seemingly simple and glaringly obvious way forward: when discussing issues relating to sex work… talk to, and most importantly listen to… sex workers!

We would like to explore some of the feminist arguments around the issue of sex work through questions we often get asked as card-carrying feminists and sex worker activists.

Our response: Surprise surprise, you can and we do! And it’s not only us. There are amazing feminist collectives and organisations in South Africa and around the world that support the rights of sex workers. There are different types of feminisms and our feminism works to respect the agency of sex workers. It does not work from the patronising assumption that sex workers “don’t know what’s good for them” or that they don’t know how to make decisions about their own bodies.

Statement: Criminalising the buying of sex and not the selling of sex is more feminist

Our response: This is what is known as partial criminalisation or the “Swedish Model”. It is based on the theory that if you end the demand for sex work by criminalising clients and third parties you can end the ”supply” and eradicate the sex industry. This theory makes little sense since clients are already criminalised and this has had no impact on ”demand”. The Swedish Model is currently being touted as a solution to end the exploitation of women, but sadly it basically offers more of the same. It is based on the assumption that all sex workers are victims and that they cannot speak for themselves. More practically, this model hasn’t worked to end the industry or make sex workers more safe. In fact, sex workers working in this context actually feel less safe as the industry remains underground, far from the reach of health and justice services. Also, it was glaringly obvious in countries where this model was applied that there was little or no consultation with sex workers in the development of laws that were about them. 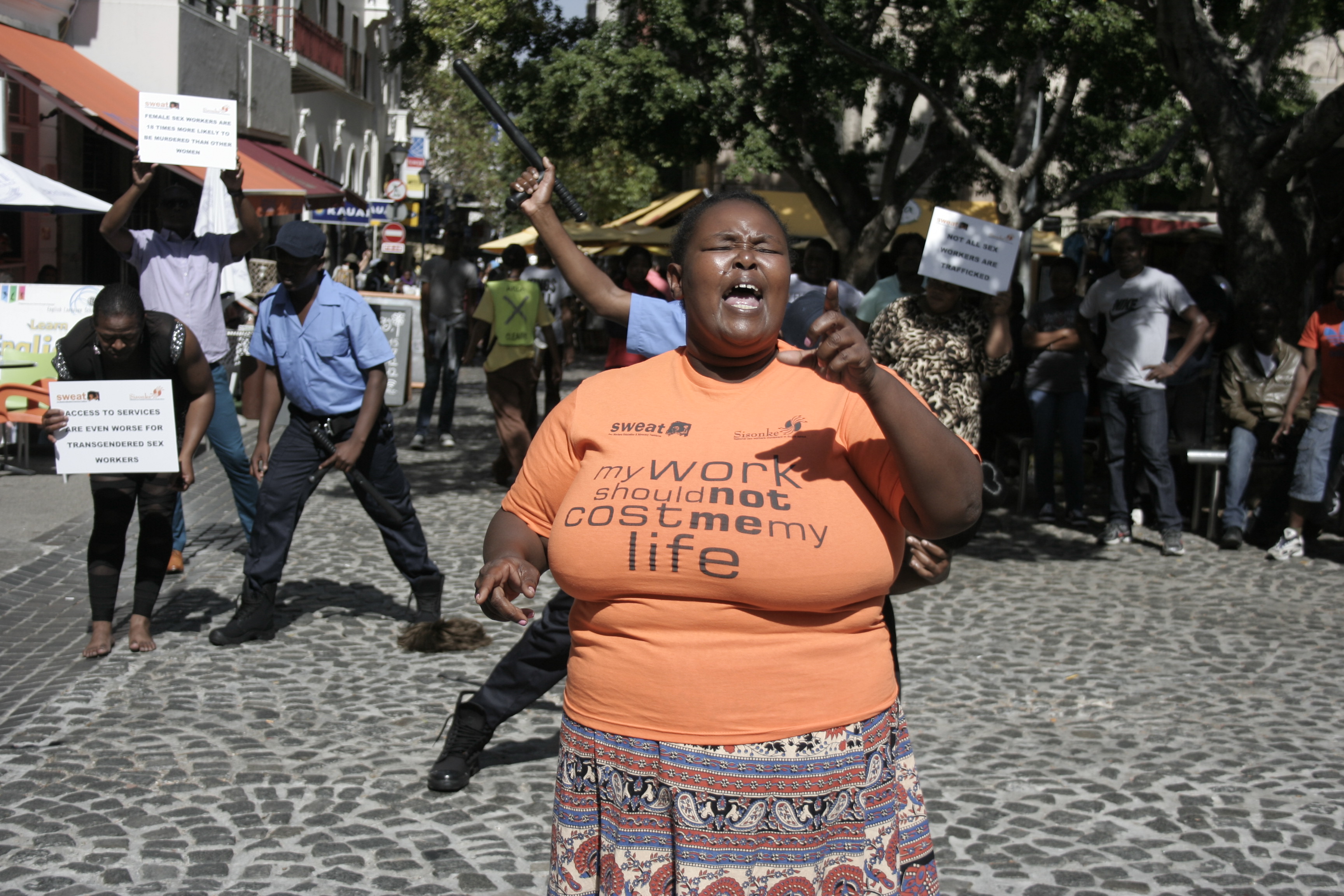 Statement: No one chooses to do sex work.

Our response: We are quite certain that no one grows up with a dream to work in the mines, or labour on farms or be a domestic worker either. Sadly, we live in a capitalist patriarchy where we all have to work to earn money to survive. All our choices are limited by our level of privilege. In this system, there is no shortage of unappealing choices. If you’re poor, if you’re a person of colour, if you’re a woman, if you are all these things, in South Africa you have a very small range of unappealing choices to choose from. Is this ideal? Of course not. But it is the reality. You have to choose from these limited options. If you choose domestic work, it should be respected and your rights should be protected. If you want to do sex work because it offers higher pay and flexible hours, this choice should be respected and you should be protected. If you choose not to do sex work anymore, that should be respected and you should be protected.

Statement: But you are “selling yourself”

Our response: Unfortunately we hear this a lot, especially from feminists. What most people don’t realise is that this question itself is steeped in moralism and misogyny. It assumes that a woman’s value and worth is only relative to her body. You are not selling yourself. Your client doesn’t own you. You are selling a service. If you think someone in a factory is not selling themselves but a sex worker is, you may have a moralistic view about sex. This question also makes us wonder why no one points this accusation at professional athletes or mine workers who also “use their bodies to earn a living”.

Statement: Sex work is inherently violent and should be abolished.

Our response: It cannot be denied that sex workers experience extraordinarily high levels of violence. However, sex work between two consenting adults is not inherently violent. Sex work in a criminalised system, which forces it underground and reduces access to human rights, leads to a context where violence can be perpetrated with impunity. Apply the same argument to something other than sex work, and the flaws are evident. For example, in South Africa married women experience huge levels of violence. We have one of the highest rates of partner violence in the world. No one has used the experience of extraordinarily high levels of violence against married women as proof that marriage is inherently violent and as such should be criminalised. Also, let’s not forget that the majority of violence experienced by sex workers in South Africa is actually at the hands of our police.

Statement: Decriminalisation will only lead to more abuse, trafficking and the exploitation of children.

Our response: There is actually no legitimate evidence to support this. In fact, decriminalisation empowers sex workers and clients to report cases of exploitation and trafficking, as they are the people best placed to do so. In our experience, sex workers and clients have come to us to report cases that they have observed as they are too afraid to go to the police. Just for the record, sex work and human trafficking are two completely separate issues that are often conflated into meaning the same thing. In terms of ending trafficking globally, trafficking for the purposes of labour (not sexual exploitation) is the most prevalent. In South Africa this reflects most widely in the farming and mining sector. Saying that we need to abolish the sex industry to end trafficking is like saying we need to abolish the farming industry to end trafficking. Ludicrous, we know. Knowing that the farming industry is here to stay, we put in place rights and protections for farm workers so that they cannot be exploited and have recourse when their rights have been violated. The same should apply to sex workers.

At the end of the day, whether or not you approve of sex work morally, politically or ideologically, supporting the decriminalisation of sex work is supporting women’s agency. It will make the world a little safer for sex workers (you don’t have to take our word for it, look at the evidence). We know that changing the law is not going to be the silver bullet that ends gender-based violence or defeats the patriarchy. However it will be one step closer to building a world where decisions about women’s bodies aren’t made in their absence. We fiercely defend a woman’s right to say ”no”. We equally fiercely defend her right to say ”yes”.

Nosipho Vidima is the Human Rights and Lobbying Officer at the Sex Workers Education and Advocacy Taskforce and a part-time sex worker. She sits at the United Nations as well as South African National Aids Council structures as a “Key Populations” Expert.

Ishtar Lakhani is the Advocacy and Human Rights Defence Manager at the Sex Workers Education and Advocacy Taskforce. She has spent over a decade in the gender based violence sector and a lifetime as a feminist.