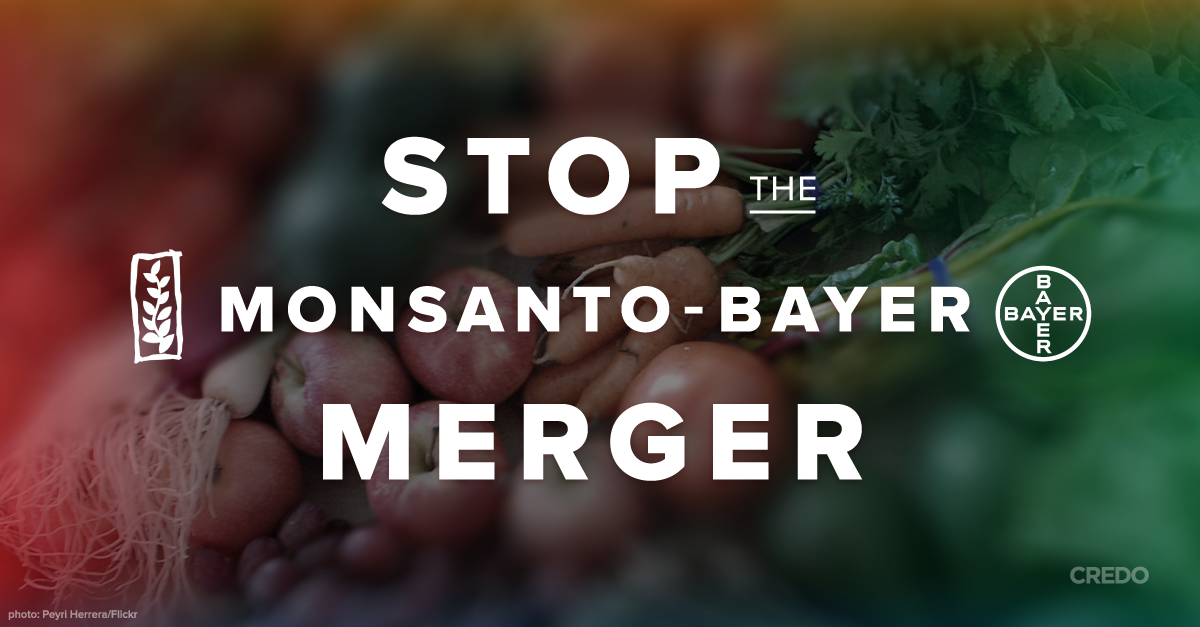 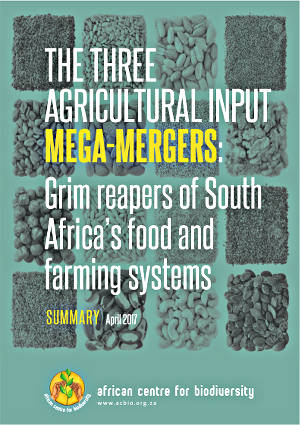 Amidst the deepening political crisis in which South Africa is mired, another slow-burning crisis is playing out in our food and farming systems as three mega mergers are being sewn up. According to a report released by the African Centre for Biodiversity, titled, “The three agricultural input mega-mergers: Grim reapers of South Africa’s food and farming systems” the current oligopolistic situation where 6 multinational companies control the seed and agrochemical sectors is about to get a lot worse. US chemical giants, Dow Chemical and DuPont are set to merge, China National Chemical Corporation (ChemChina) is to acquire Syngenta and Bayer is to acquire Monsanto. The proposed Bayer-Monsanto merger will give control of almost 30% of the world’s commercial seed market and almost 25% of the world’s commercial pesticide and herbicide (agrochemical) markets to just one company.

The Competition Commission of South Africa (CCSA) has already ruled in favour of the ChemChina acquisition of Syngenta and has completed its investigation of the Dow Chemical-DuPont merger, for which it is awaiting remedies by the parties before it concludes the matter. The CCSA is set to make a finding on the Bayer Monsanto merger at the end of April 2017.

South African laws, including on competition, continue to favour corporations and the expansion of their power. The CCSA is not likely to consider the extent to which these mergers will exacerbate social inequities and ecological crises caused by industrial farming. What will not bear on decision-making is the effect of the dominance of a cartel-like technological platform in biotechnology traits, seed production and patented agrochemicals that lock out competition from alternative technologies and production systems. This dominant technological platform is constructed around genetically engineered and hybrid seed, and integrated with particular chemicals that cannot be ‘uncoupled’; the traits, seed and chemicals form indivisible packages. These mergers will entrench this platform, as future research and development will be structured to seek ways of taking advantage of new combinations of intellectual property, seed and chemicals available in the enlarged technology pool of the merged entities.

The central issue though is that these mergers expand and intensify an extractivist economic model. They also reveal an insidious and deep penetration of food production systems by finance capital. The world’s two largest investment and asset management firms, BlackRock and the Vanguard Group are among the top 5 equity holders in all the merging companies. The Vanguard Group is Monsanto’s biggest shareholder, Bayer’s second biggest shareholder and the third largest shareholder of Dow Chemical and DuPont stocks, followed by BlackRock. BlackRock is Syngenta’s major shareholder, Monsanto’s second most important shareholder and also holds 7% of Bayer’s shares. The mega-mergers bring a new spin on the “financialisation of food”, a trend that has been a hot potato since the 2008 food crisis.

While we demand clean and accountable government, we must also contest the consolidation of the hegemony of large-scale commercial farming and corporate agri-business within agricultural value chains that these mergers will entrench. We must demand the end of systems that seek profits from nature and undervalue human effort; which systematically destroy the environment and have serious negative effects on social and community structures and which overvalues wealth concentration and sidelines equality. 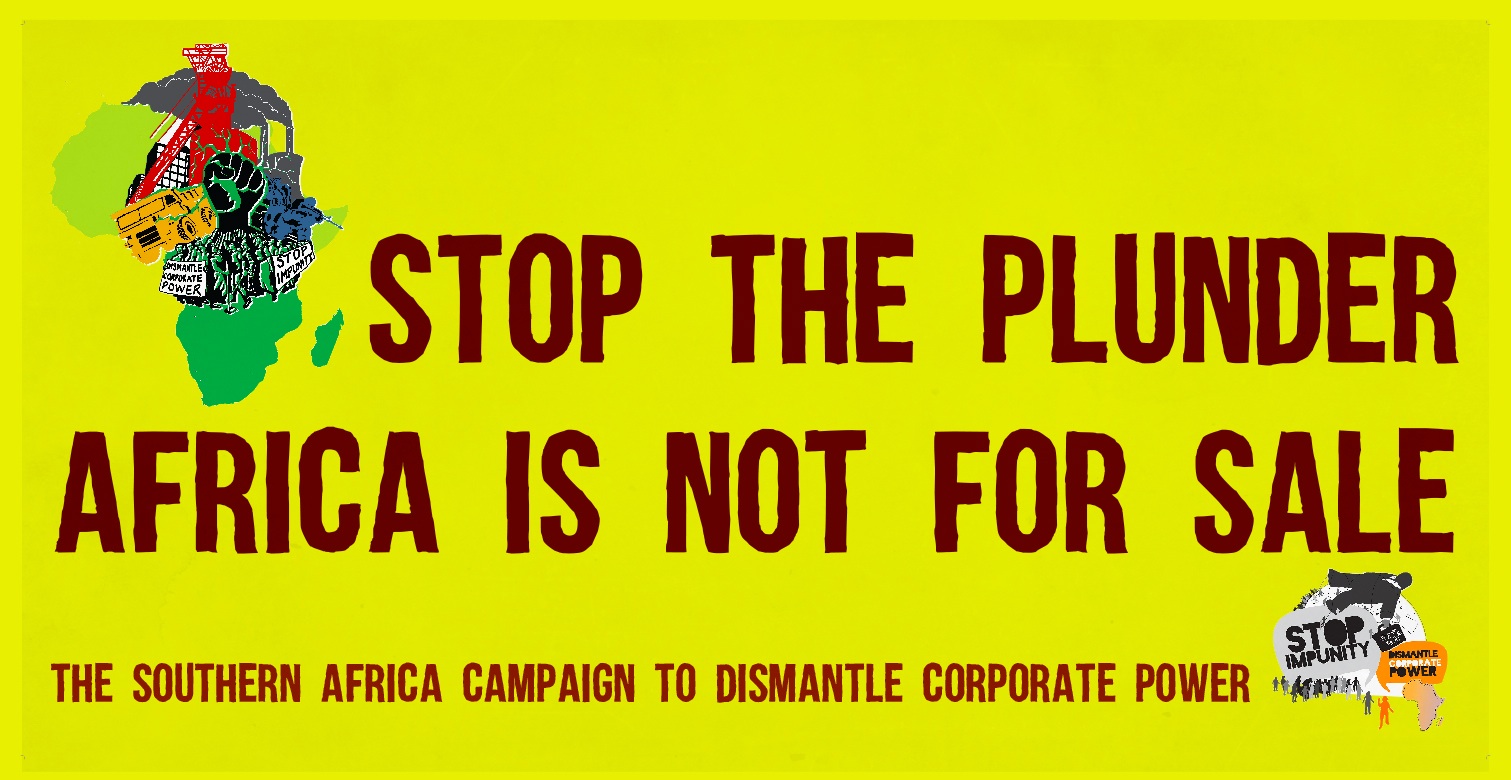 We urge government to act on the following as agricultural priorities:

Source: The African Centre for Biodiversity