Extracting profit and the new scramble for Africa 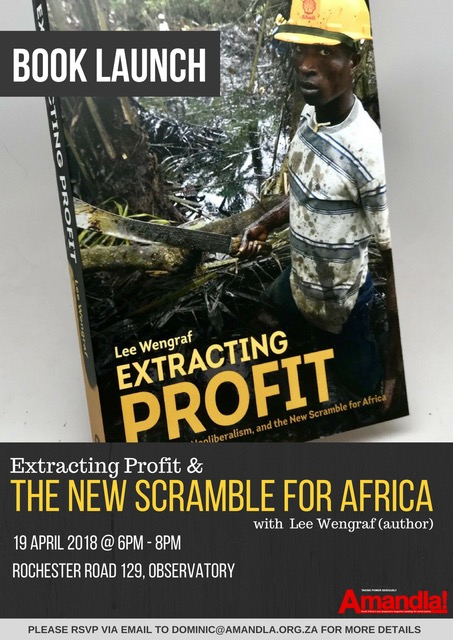 Extracting Profit argues that the roots of today’s social and economic conditions lie in the historical legacies of colonialism and the imposition of so-called “reforms” by global financial institutions such as the World Bank and International Monetary Fund. The chokehold of debt and austerity of the late twentieth century paved the way for severe assaults on African working classes through neoliberal privatization and deregulation. And while the scramble for Africa’s resources has heightened the pace of ecological devastation, examples from Somalia and the West African Ebola outbreak reveal a frightening surge of militarization on the part of China and the U.S.

Yet this “new scramble” has not gone unchallenged. With accounts of platinum workers’ struggles in South Africa, Nigerian labor organizing and pro-democracy upheavals in Uganda and Burkina Faso, Extracting Profit offers several narratives of grassroots organizing and protest, pointing to the potential for resistance to global capital and fundamental change, in Africa and beyond. Haymarket Books

Wengraf is a writer & activist in New York City. Her articles have appeared in Review of African Political Economy, Pambazuka News, AllAfrica, Jacobin, Truthout, Green Left Weekly and many others. She is a long-time activist in the anti-prison and police brutality movement.