There is more than meets the eye in President-elect Trump’s pick to head the Environmental Protection Agency (EPA). Scott Pruitt, the Oklahoma attorney general, is a notorious climate change denier. He is part of a coalition of public figures suing over EPA programs to reduce greenhouse gas emissions and boasts that he is “a leading advocate against the EPA’s activist agenda.” A Trump press release railed against the EPA’s “out of control anti-energy agenda” and promised that Pruitt would “reverse the trend” towards measures to reduce global warming.

Contrary to some superficial interpretations, Trumpism represents an intensification of neoliberalism in the United States. His incoming regime’s far-right agenda constitutes a deepening, not a reversal, of the program of capitalist globalization pursued by the Obama administration and every U.S. administration since Ronald Reagan. The crisis of global capitalism has become more acute in the face of economic stagnation and the rise of anti-globalization populism on both the left and the right of the political spectrum. Trumpism does not represent a break with capitalist globalization but rather the recomposition of political forces and ideological discourse as the crisis deepens.

But if Trumpism is an incarnation of an emerging dictatorship of the transnational capitalist class, what does this have to do with climate denial? 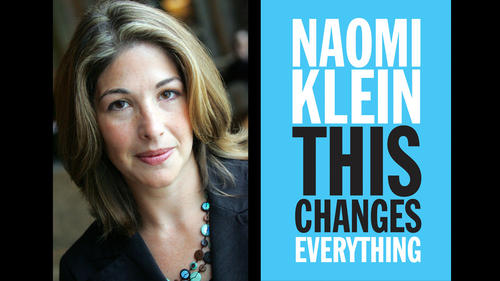 As Naomi Klein points out in This Changes Everything: Capitalism vs The Climate, it is not just the fossil fuel industry that has funded the climate change denial movement and worked to undermine efforts in the United States and worldwide to fight global warming. Tackling the root causes of climate change means challenging the fundamental class interests of the transnational capitalist class, or TCC.

This TCC has imposed since the 1980s the neo-liberal program of trade liberalization, privatization, deregulation, and austerity for the working majority. Neo-liberalism has unleashed corporations to plunder the environment the world over. The urgent measures necessary to prevent a catastrophic overheating of the planet require major government intervention to reign in on the corporate free-for-all and to regulate the global economy – precisely the measures that would reverse neo-liberalism and place public restraint on unbridled TCC profit-making. The “inconvenient truth” is that climate justice and capitalist globalization are not compatible. It is time to talk about ecosocialism.

Moreover, neo-liberal capitalist globalization has resulted in a grotesque global inequality. The 1% now controls more wealth than half of humanity and 20% of the world population monopolizes 94% of the world’s wealth while the remaining 80% has to make do with just 6%. The majority of humanity does not have the income to consume all that the global economy churns out. Consequently, the TCC has turned to making wars and deploying new systems of mass social control repression, what I call militarized accumulation, as a way to throw firewood on the smoldering embers of a stagnant global economy. We are living in a global war economy. In addition, the TCC has engaged in mind-boggling levels of financial speculation and in the plunder of public budgets and social spending cutbacks to keep profits pouring into corporate coffers.

But none of this has done the trick: the global economy remains mired in stagnation. A new financial collapse is likely, almost inevitable. Meanwhile, the system has faced a crisis of legitimacy as people around the world search for a way out of displacement, economic decline and social decomposition.

Enter Trumpism. Trump’s economic program is to intensify neo-liberalism, especially privatization and deregulation. We can expect under the Trump regime an effort to further privatize what remains of a public sector, including schools, veterans affairs, and possibly social security, along with the drive to further transfer wealth from labor to capital through corporate tax cuts and austerity.

His proposal for massive investment in infrastructure is an effort to privatize public infrastructure and to build new infrastructure through steep corporate tax reductions and credits and public subsidies. He picked Ben Carson, who has opposed social safety net programs, public housing and fair housing programs, to head the Department of Housing and Urban Development. Expect attempts to privatize urban social and housing programs. Trump chose as education secretary Betsy DeVos, a champion of private school vouchers that undercut public school systems. Expect an escalation of the push to privatize education. Trump’s likely picks for Veterans affairs (Pete Hegseth is the leading candidate) will pursue the privation of veteran services. 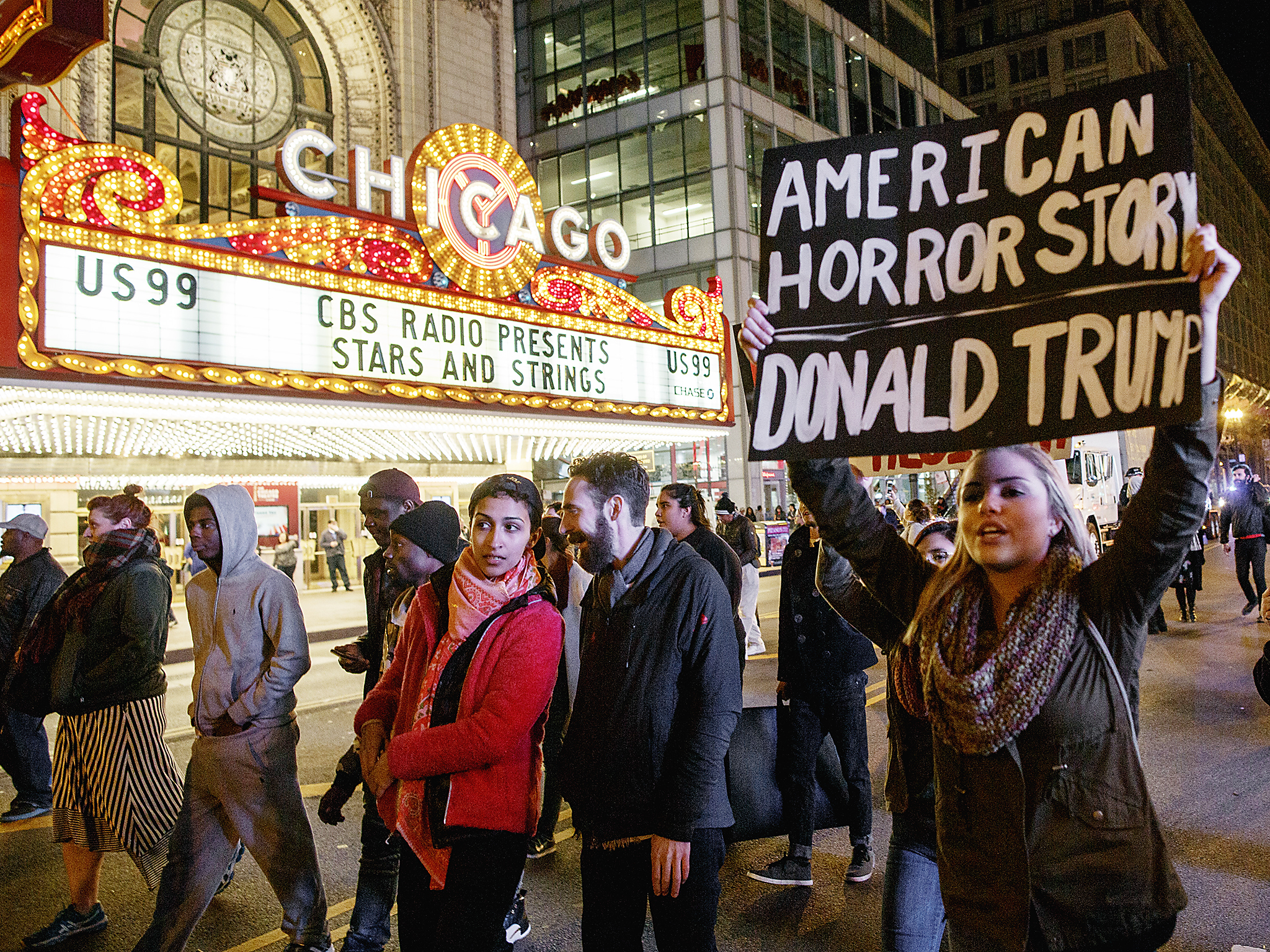 Meanwhile, Trump is filling military posts – homeland security, defense, national security advisor – with politicized generals and retired military officers. Expect a hike in the military budget at the expense of social programs, new round of militarized accumulation worldwide, and an expanded police state at home and abroad to repress the social uprisings and political explosions that are already unfolding. There will be an increasing influence of the military in civilian affairs and the structures of political power. This fusion of military and civilian power is a telltale sign of 21st century fascism.

Trumpism appears to be an extreme right-wing program because it is. In the 21st century extreme right-wing means extreme global capitalism. The liberal variant of capitalist globalization – a “kindler, gentler” capitalist globalization through a liberal/multicultural discourse as distinct from neo-fascist discourse – cannot resolve the system’s crisis of legitimacy. If Trump’s economic program is neo-liberalism unleashed from any constraint, his political and ideological program involves populist promises that will be impossible to keep, a racist mobilization against scapegoats, and an expansion of the police state.

But the Obama administration has been far from a champion of climate justice or an opponent of the neo-liberal agenda. To the contrary, it has simply been a “kinder, gentler” agent of the fossil fuel industry and at the same time has rigorously promoted neo-liberalism, capitalist globalization, war and militarization around the world. Indeed, there is a near-straight line from Obama to Trump. It was the Obama government that more fully opened the Pandora’s box of Trumpism and 21st century fascism.

– William I. Robinson, Professor of Sociology, University of California at Santa Barbara.

Posted in Amandla Tagged with: climate denialist, this changes everything, trump