By Avi Chomsky and Gregory Wilpert, The Real News Network
From ZNet

A TRNN interview with Aviva Chomsky on the occasion of Fidel Castro’s 90th birthday that discusses his impact on Cuba and the global revolutionary movement.

On August 13 Fidel Castro celebrated his 90th birthday in Havana, Cuba with an enormous party and cultural festivities. Although Castro resigned from Cubas presidency almost 10 years ago, he continues to be both revered and demonized around the world. Local media all carried an article that Castro had written for his birthday in which he reviewed his life experience and thanked his people for their best wishes. At the end of the article, he spoke highly of the wisdom of the Chinese and Russian people and criticized the US government for the crimes it had committed. So joining us to discuss Castros legacy is Aviva Chomsky. Aviva is a professor of history and coordinator of Latin American studies program at Salem State University. An author of many books including A History of the Cuban Revolution, the Cuban Reader, and her latest book is titled Undocumented: How Immigration Became Illegal.
Thanks for being on the Real News Aviva.

AVIVA CHOMSKY: Thanks a lot for inviting me to speak with you.

WILPERT: So Cubans and supporters of the Cuban Revolution around the world celebrated Castros birthday last weekend. And you are a historian of Cuba and have written quite a lot about the country. I was thinking maybe you could tell us briefly as to what would you say is Castros legacy for Cuba, for the country?

CHOMSKY: Well the Cuban Revolution brought about enormous profound and long lasting changes in Cuban society. Historians love to study revolutions and I would say the Cuban Revolution is one of a handful of extremely profound revolutions that changed the direction of the country in so many ways. So Fidel Castros legacy is everywhere in Cuba in the fact that he not only led the Cuban Revolution, and here Im talking about the revolutionary process that starts after January 1st, 1959. Not the war that brought the July 26th coalition to power, but the revolutionary process what really transformed Cuban society from the bottom up.

Given the context of Latin America which is one of the most unequal regions of the world and where the colonial patterns of poverty and inequality have just persisted through the 21st century so strongly everywhere. Cubas really the one country thats overturned those patterns through the Cuban Revolution and through the legislations and policies that were put into place after January 1st, 1959 that really took from the rich and gave to the poor and transformed the socioeconomic structures of the country and made it to something very very different from anything weve seen before or since in Latin America.

WILPERT: I mean of course one of the issues that marked the Cuban Revolution and the history of Cuba was also its confrontation with the US.

WILPERT: What role would you say our  what was the importance of that especially in Castros role in that confrontation?

CHOMSKY: Well the United States has made it clear since perhaps the 1700s I guess we could say. Or certainly since it became a country or perhaps the British colonists even before it was a country. That they had a certain vision for how the American continent should be organized and it should be run by property holding white men and that people that didnt belong to those classes had no claims to rights or humanity anywhere in the continent.

So the confrontation between the United States and Cuba didnt begin in 1959. The confrontation between the peoples of color of the continent began maybe in 1620. But in 1959 the United States reacted very poorly to the challenge of a group of people who they considered were supposed to be subordinated actually standing up for themselves. Standing up to US foreign investors. Standing up to US corporate interests.

And the United States if you look back the documentation at the time of the US reaction to the Cuban Revolution, they make it really clear that the threat posed by the Cuban [inaud]. That they said straight out that the Cuban Revolution seems to have its project to privilege the interests of the Cuban people over the interests of US foreign investors. And if we allow this to continue in Cuba, other Latin American countries are going to seek to do the same thing.

And very quickly, by about the middle of 1959, the United States had decided, the US government had decided that they were not going to allow the Cuban Revolution to continue. Because of the threat that other Latin American countries might want to do the same thing. So not only the threat to US sugar planters, and electric companies, and other US investors in Cuba directly. But the threat to the US project for economic development of the continent based on foreign private initiatives and for the profits of Foreign Private Initiative.

WILPERT: Surely, that confrontation and then the role that Castro played in this  played a role also in regard is held by at least many on the left and on Latin America as a whole. But beyond that what kind of an impact do you think that Castro and the Cuban Revolution had on Latin America in general?

So I would emphasize not only Cubas military aid to Africa in terms of African struggles not only for independence but also against apartheid in South Africa and in many ways it was the United States and South Africa supporting the colonial rule in Africa and the black majority with the help of Cuba. But not only in terms of military support and ideological support but also whats sometimes overlooked is the great degree of material aid. Human and material aid that Cuba supplied to peoples struggling for liberation in Africa and elsewhere in the world.

Whether its in the form of doctors, medical aid. Cuba has maintained consistently maintained a medical aid program larger than any other country in the world. Whether its in terms of sending teachers, advisors. Thats Cubas international aid presence to third world countries. Either through military means or processes of revolution and social change has also been really significant.

WILPERT: Well of course one of those things is one of the reasons why Nelson Mandela when he was released, the first country that he visited was Cuba, to I guess thank Cuba for its role in the changes in South Africa. But lets turn to some of the more controversial aspects of Castro. One of the things his critics always bring up is the issue of human rights in Cuba. Of course when they talk about human rights theyre only referring to political human rights, not social human rights. So in a nutshell, how would you characterize Castros role in guaranteeing or failing to guarantee those types of human rights, political and social in Cuba?

CHOMSKY: Well first of all I would just point out that the issue of human rights is an issue not only in Cuba but everywhere in Latin America. And that its true that there have been violations, well we can talk about on several different levels about whats going on in Cuba. But its true that there have been violations of individual, civil, and political rights in Cuba. But if you compare those to the kinds of violations of individual, civil, and human rights elsewhere in Latin America, you see an exponential difference.

So were talking about human rights violations of a very different level from what weve seen happening virtually everywhere else in Latin American during the late 20th century and including the 21st century. Theres no massive displacements of populations in Cuba as there are in Columbia. Theres no assassinations of human rights leaders as are happening today in Columbia. So we just have to keep a little bit of perspective on this question of human rights.

So its kind of an imperial arrogance that makes the United States criticize countries for having political systems that may function perfectly well and guarantee routes for citizen participation and politics in ways that are different from the US. And thats what exists in Cuba.

But finally, there are also violations of freedom of speech, of freedom of association. There have been purges of people. There are people that have people who have trouble getting work. There are people who have trouble getting work in their chosen field in Cuba. There certainly have been violations of political rights that we may value very strongly and that I think Cubans value very strongly too and are highly critical when those rights have been violated in Cuba.

WILPERT: Okay. Well we’ve run out of time but thanks so much Aviva for joining us for this conversation on Cuba and on the legacy of Fidel Castro on his 90th birthday. Thanks for being on the program Aviva.

CHOMSKY: Thanks a lot for having me on.

WILPERT: And thank you for watching the Real News Network. 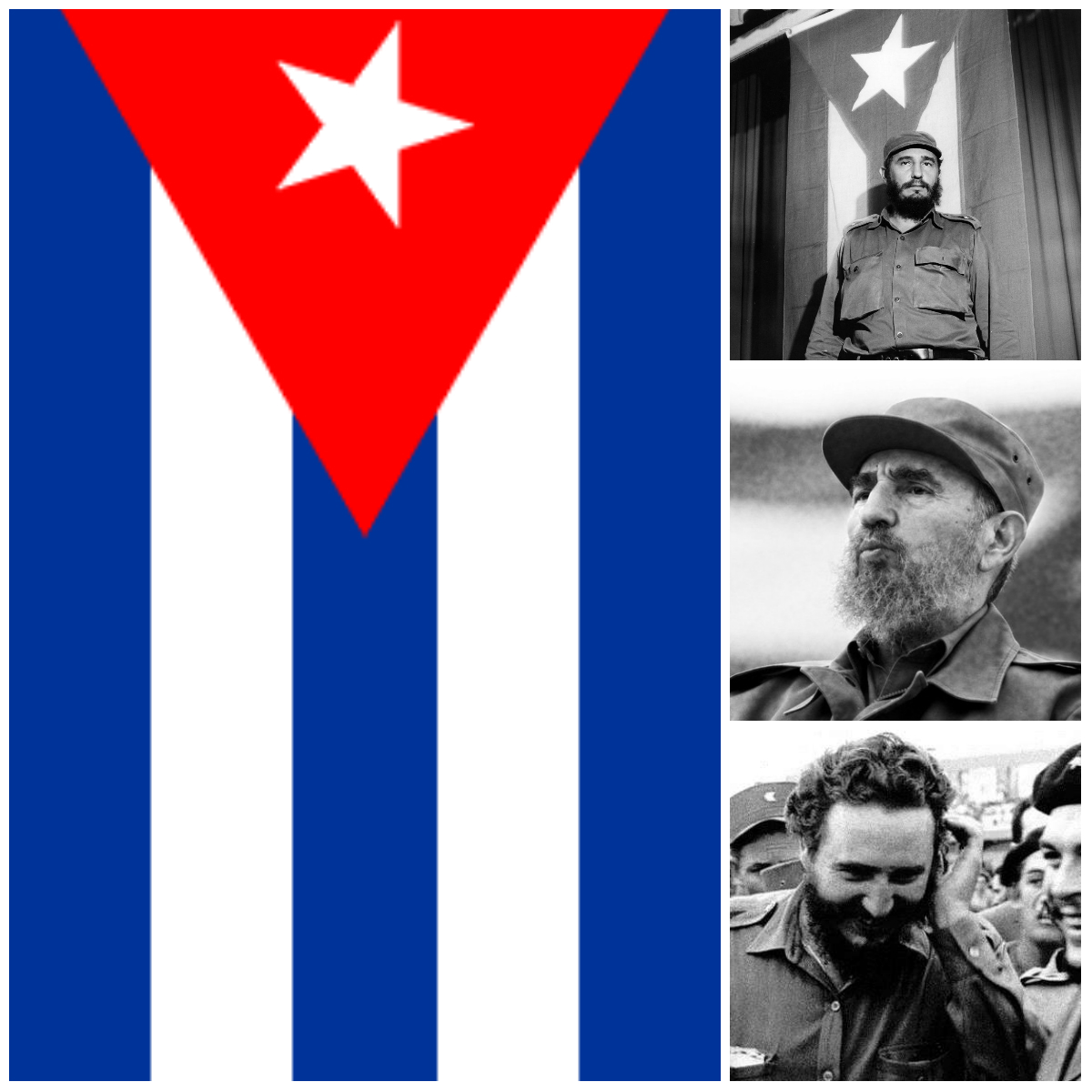