On the Africanisation of Psychology

With the current discourse on “decolonization,” it is likely that universities around South Africa will intensify their efforts—if not their rhetoric—to “Africanize” their respective curricula. For one discipline in particular, however, such efforts have been foundering for more than 30 years. This brief essay reflects on the hitherto failed attempt to “Africanize” psychology and suggests a possible route out of the current malaise.

While attempts to “Africanize” psychology in South Africa have failed for many reasons, present circumstances have endowed two of these reasons with special significance. The first pertains to White psychologists who recoil at the proposition that Black people are unique psychological subjects in need of a special—that is, “African”—psychology. They tend to steer clear of what, for them, signifies ideological terrain that is an awkward reminder of apartheid era discourses of difference.

Indeed, on attending any African psychology symposium at the annual congress of the Psychological Society of South Africa, one usually notices two things: first, that such symposia are standing room-only events, and second, that the number of White psychologists in the venue can be counted on one hand. In view of the fact that three-quarters of the psychologists in the country are White, significant institutional and intellectual resources that could have contributed to the invigoration of the African psychology project are lost.

The second reason that the Africanization of psychology in our country has failed revolves around the unhelpful obsession with what it means to be “African.” More often than not, definitions of “the African” are framed in racially and culturally exclusive ways that make it difficult for non-blacks to imagine a place for themselves in the field. Of course, one would expect nothing less with the field being dominated by Black psychologists. Perhaps the larger point is that academic psychologists engage frequently in the kinds of research that speak to them on a personal level while desisting from research that does not. That is precisely what Henri Ellenberger (1970) observed in his classic, The Discovery of the Unconscious, in which he presented a convincing argument regarding the autobiographical quality of much psychological research.

What is also being suggested, however, is that there is an essentializing bent at the heart of many writings on African psychology. Moreover, because of the pervasive sentiment that the so-called “African worldview” is the sine qua non of African psychology, African philosophy has come to assume pre-eminent status in the field. Nowadays, it is neither unusual nor distasteful for an African psychologist to claim that Africans think like this, like that, or however the case may be. Yet it is overlooked with some regularity that this now established practice of homogenizing the African mind is forever indebted to the publication of the Belgian missionary, Placide Tempels’ (1959) book, Bantu Philosophy, in which the churchman attempted to delineate a plan of action for “civilizing” Bantus. Although African psychologists have almost nothing to say about Tempels—he has been written out of the history of African psychology—the discursive function of his work was to mystify the political struggles in the Belgian Congo by means of abstract claims about Bantu ontology. Indeed, for Tempels (1959), the civilizing imperative was of crucial importance to “colonizers with good will” (p. 17) who, when armed with this priceless ontological knowledge, would “be able to tell them [i.e. Bantus], in precise terms, what their inmost concept of being is” (Tempels, 1959, p. 25). To be sure, if African psychology is to prosper, it will have to submit itself—in contemporary parlance—to a thoroughgoing process of “decolonization.” It is somewhat ironic that African psychology—by defining itself in cultural opposition to “Eurocentric” psychology—has ended up colonizing itself. 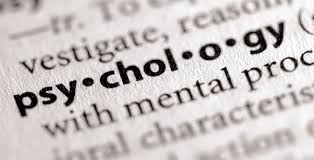 There can be little doubt that the science and profession of psychology has flourished among White, middle-class, English- and/or Afrikaans-speaking South Africans. But it is unwise to attribute psychotherapeutic failure—as frequently happens—to the black box of “culture.” Some clinicians take the view that if only patient and practitioner shared a similar racial or cultural background, the result might have been different. And yet research suggests that attempts to racially or culturally “match” patients and practitioners do not lead necessarily to better treatment outcomes (Ridley & Udipi, 2002)—not mentioning the fact that such matching would also lead to segregated mental health care systems.

The implication is not that cultural difference is irrelevant to the clinical encounter—although difference can make the suitably reflexive practitioner even more curious about the lived experiences of a given patient. Rather, psychology’s failure to launch among Black South Africans has less to do with questions of “race,” culture, or even language than with the enormous inequality that plagues life in our country. Consider, for the moment, the argument of the Foucaultian scholar, Nikolas Rose (1996), who has presented an eloquent and persuasive thesis that psychology tends to thrive in liberal democracies. His line of reasoning is that in these societies, the exercise of naked state power—for example, public beheadings, as is still the practice in Saudi Arabia—is unfeasible. However, with the liberal democratic state unable to control its citizens through such direct means, the stage is set for the rise of the so-called psy-disciplines (psychology, psychiatry, social work) that valorize governance of the self, by the self. “Am I depressed?”, “Am I happy in my work?”, “Am I a good parent?”: these are the kinds of routine, subjectifying questions the liberal democratic citizen asks herself, and by learning to interrogate and manage her internal world in this manner, she simultaneously decides her place in the social world.

What the Rosean scheme does not explain, however, is why psychology should also have thrived in countries such as Cuba, Nazi Germany, and wartime South Africa. Here, the forms of governance were anything but liberal democratic. Rather, the common denominator in the establishment of the discipline in these countries was a growing demand of modern and—in the Cuban instance, modernizing—nations for psychological expertise. In particular, the Cuban revolution of 1959 played an important part in science and technology coming to be viewed as vital tools for social development, and it was also after 1959 that Cuban psychology went from being the preserve of a social elite to becoming a distinctive part of everyday Cuban life. Nazi Germany and wartime South Africa are further examples of modern yet non-liberal countries whose psychologists accelerated the institutionalization of the discipline through their respective contributions to mobilization efforts. In fact, when one considers the history of psychology in the United States, one observes that the development of American psychology in the late 19th and early 20th centuries coincided with a period of rapid modernization in that country (Pickren & Rutherford, 2010). At
risk of laboring the point, it is not liberal democracy but modernity—or, in the words of the historian of psychology, Adrian Brock (2006), “a belief in the value of economic development, industrialization, rationality, science, and technology” (p. 159)—that offers a more credible explanation for the spread of psychology across the world.

There is an interesting caveat to the South African example. Modernization programs were never intended for Black South Africans whose “traditional” lifestyles, it was surmised, were sufficient for meeting their daily living requirements. It was only White South Africans who were encouraged to enter modernity, with Black South Africans providing the cheap labor that facilitated that transition. Black South Africans, that is, had no claim to the fruits of modernity, a situation a situation that persists into the present day. For it remains the case that there is a modern South Africa that is mostly White, affluent, and psychologized, and a pre-modern South Africa that is mostly Black, poor, and unpsychologized. It is not cultural insensitivity, then, but ongoing class oppression that explains psychology’s inability to insinuate itself into the lives of Black South Africans. That implies, in turn, that it is not the “whiteness” of psychology that leaves most South Africans cold, but its customary indifference to the question of class. The “decolonization” of the discipline cannot be achieved through the heady, though ultimately empty, rhetoric of “Africanization,” but only through a searching examination of the material conditions of oppression—and their disastrous psychological sequelae—that most of our fellow citizens continue to endure. 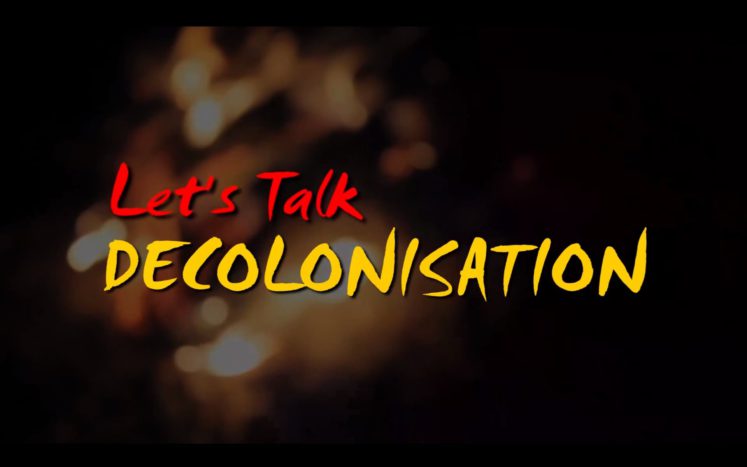 In the course of its short history, psychology has earned a reputation for being a follower— rather than a shaper—of public discourse. To a significant degree, that is the unavoidable result of its social embeddedness. The looming danger, however, is that the recent escalation of essentializing, racializing, and polarizing discourse in South African public life will spawn yet another round of essentialist attempts at “Africanizing” the discipline that—if the past is anything to go by—will result once again in theoretical and practical dead-ends. With politicians resorting to invocations of “race” in last-ditch attempts at papering over the cracks in their constituencies, we would do well to reflect, as psychologists, on the staggering levels of class inequality in our country. Being “African” has less to do, surely, with cultural uniqueness than material exploitation— and an “African” psychology that ignores this, does so at its peril.

By Wahbie Long Published in South African Journal of Psychology (2016)

Ellenberger, H. F. (1970). The discovery of the unconscious: The history and evolution of dynamic psychiatry. London, England: Allen Lane.