Capitalism Has Failed — What Next?

Capitalism Has Failed — What Next? 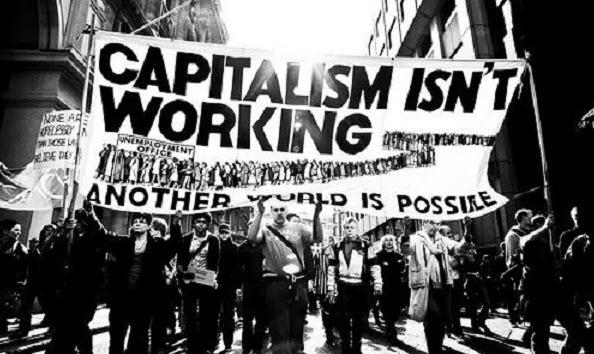 Less than two decades into the twenty-first century, it is evident that capitalism has failed as a social system. The world is mired in economic stagnation, financialization, and the most extreme inequality in human history, accompanied by mass unemployment and underemployment, precariousness, poverty, hunger, wasted output and lives, and what at this point can only be called a planetary ecological “death spiral.” The digital revolution, the greatest technological advance of our time, has rapidly mutated from a promise of free communication and liberated production into new means of surveillance, control, and displacement of the working population. The institutions of liberal democracy are at the point of collapse, while fascism, the rear guard of the capitalist system, is again on the march, along with patriarchy, racism, imperialism, and war.

To say that capitalism is a failed system is not, of course, to suggest that its breakdown and disintegration is imminent. It does, however, mean that it has passed from being a historically necessary and creative system at its inception to being a historically unnecessary and destructive one in the present century. Today, more than ever, the world is faced with the epochal choice between “the revolutionary reconstitution of society at large and the common ruin of the contending classes.”

Indications of this failure of capitalism are everywhere. Stagnation of investment punctuated by bubbles of financial expansion, which then inevitably burst, now characterizes the so-called free market. Soaring inequality in income and wealth has its counterpart in the declining material circumstances of a majority of the population. Real wages for most workers in the United States have barely budged in forty years despite steadily rising productivity. Work intensity has increased, while work and safety protections on the job have been systematically jettisoned. Unemployment data has become more and more meaningless due to a new institutionalized underemployment in the form of contract labor in the gig economy. Unions have been reduced to mere shadows of their former glory as capitalism has asserted totalitarian control over workplaces. With the demise of Soviet-type societies, social democracy in Europe has perished in the new atmosphere of “liberated capitalism.”

The capture of the surplus value produced by overexploited populations in the poorest regions of the world, via the global labor arbitrage instituted by multinational corporations, is leading to an unprecedented amassing of financial wealth at the center of the world economy and relative poverty in the periphery. Around $21 trillion of offshore funds are currently lodged in tax havens on islands mostly in the Caribbean, constituting “the fortified refuge of Big Finance.” Technologically driven monopolies resulting from the global-communications revolution, together with the rise to dominance of Wall Street-based financial capital geared to speculative asset creation, have further contributed to the riches of today’s “1 percent.” Forty-two billionaires now enjoy as much wealth as half the world’s population, while the three richest men in the United States—Jeff Bezos, Bill Gates, and Warren Buffett—have more wealth than half the U.S. population. In every region of the world, inequality has increased sharply in recent decades. The gap in per capita income and wealth between the richest and poorest nations, which has been the dominant trend for centuries, is rapidly widening once again. More than 60 percent of the world’s employed population, some two billion people, now work in the impoverished informal sector, forming a massive global proletariat. The global reserve army of labor is some 70 percent larger than the active labor army of formally employed workers.