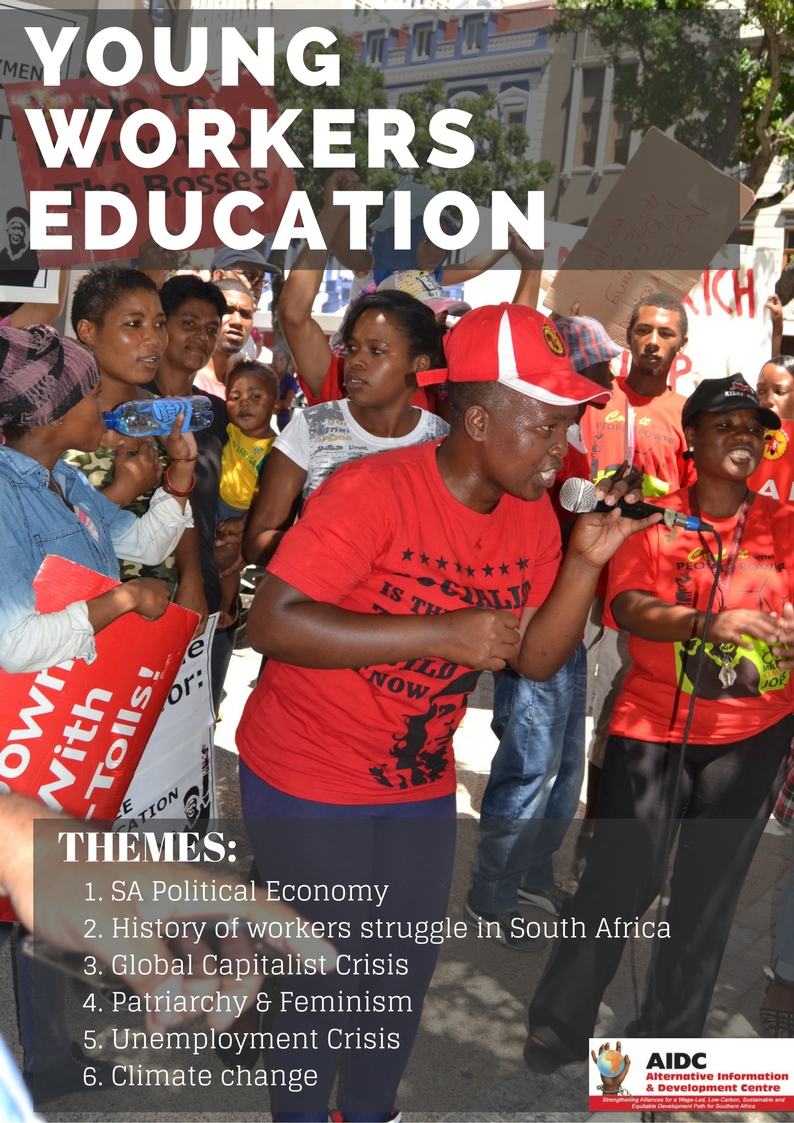 The Alternative Information and Development Centre (AIDC) works towards advancing a just transition to a wage led low carbon economy development path. To this end we have been working with several trade unions towards strengthening an independent militant worker controlled trade union movement. Key to this is trade unionists that have strong tools of political economic analysis. Bolstering workers ability to link their immediate struggles for decent work and the living wage to the broader struggles against neoliberal and predatory capitalism.

The program will run over 7 Saturdays from the end of August to the 11 November. It will be expected that all the sessions is attended.