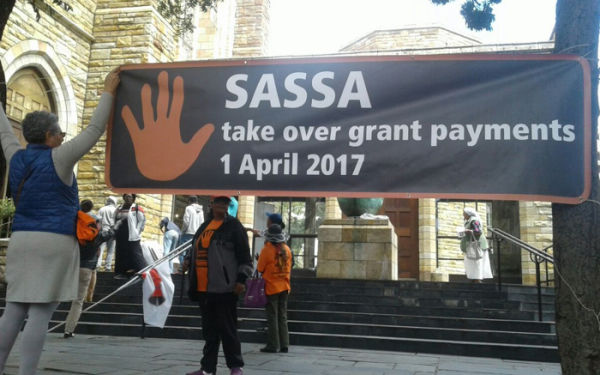 Net1 has contested the veracity of our report to Black Sash and CALS at Wits University. Our report focused on the inadequacy and inaccuracy of Net1’s subsidiary Cash Paymaster Services (CPS) Statement of Incomes, Expenses and resulting Net Profit to the Constitutional Court.

Our contention was three fold. Namely:

1) CPS inflated costs and underestimated incomes to provide a reduced picture of the actual profits made.

2)  CPS made greater profits from the 5 year SASSA contract than what they declared to the Court.

3) That the Statement to the Court has insufficient detail and should be resubmitted.

To reach these conclusions we examined Net1’s annual reports. We found a R455 million mismatch in revenue compared to the Statement. It indicated that CPS’ net profit should be upgraded by between R55 and R455 million.  It would now appear that this additional revenue is related to an earlier contract of CPS to distribute social grants before 1 April 2012.

The R117 million plus book-entry

We also reported that a R117 million book entry from a BEE deal had been deducted from CPS’ profits in 2014. We contended that this was a fictitious cost. We asked how it could end up in the books of CPS. The 12.5% BEE ownership in CPS was given up by Net1 SA, not CPS. The 1% of shares in Net1 was issued by Net1, not CPS.

This happened two years after the 5 year SASSA contract was won. and the “Subscription and Sale of Shares Agreement” indeed seems to indicate that this transaction is unrelated to the five year SASSA contract. The Agreement notes that SASSA after the judgement in 2014 plans to issue a new tender. In relation to this expected new tender the Agreement states in the recitals: “The Parties are in agreement that it would be mutually beneficial if BVI holds shares in CPS, so as to bolster CPS’s tender submission in relation to its black economic empowerment scoring.”[1]

Thus, we reiterate our opinion: When CPS erroneously includes this book-entry in its Statement, CPS’ net profits becomes underestimated by R117 million.

Nevertheless, the upward adjustment of CPS’ net profits earned from grant distribution may be even higher than the R117 million we mention above.

Last week, the Auditor General and a Panel of Experts filed their Second Report about the SASSA contract.[2]

Like most transnational corporations, Net 1 has firms registered in well-known tax havens (Luxembourg, Netherlands, British Virgin Island, Mauritius and Malta). Given that SARS is struggling for tax revenues, the public should inquire what the final destination of this more than R1 billion is.

AIDC drew one conclusion in our Critical Review. It was that “CPS has provided insufficient information to the Constitutional Court to draw a definite conclusion about how much CPS (and its fellow companies in South Africa) profited from the SASSA contract”.

This conclusion stands, as well as the long list of issues that require full disclosure of the CPS and the Net1 financial statements relevant to the SASSA contract.