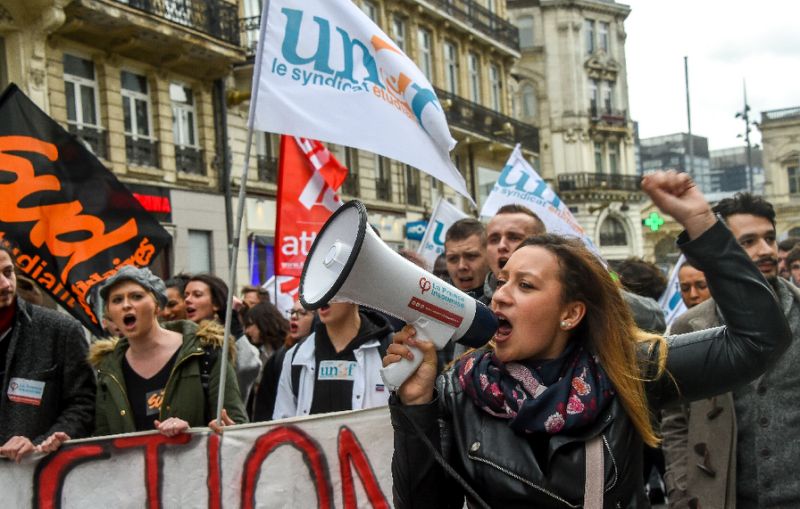 Much is and will be written comparing the student uprisings in the late 1960s in the United States and the current turmoil in some French universities. Like the nostalgia for the Cold War, the media is going back to what took place in the United States at a time when prestigious universities like Columbia and the University of California at Berkeley were shut down. Strikes by various unions accompanied and accompany the strikes in France so that, on the surface, comparisons between the late 1960s in the U.S. and 2018 in France seem to have some validity.

As someone who was a senior at an American university in 1968, I disagree with the comparisons. There are radical differences.

The comparisons miss several points, just as the reminiscing about the 50thanniversary of the death of Martin Luther King Jr. on April 4 missed the complex atmosphere of 1968. The argument at Columbia in 1968 was ostensibly about a new gym to be built in Harlem with proper access for those living in the neighborhood. But beyond the obvious, students were struggling against a university seen as a ruling class slumlord, a university that was involved in research for the United States army involved in the Vietnam War.

The student uprising at Berkeley in the 1960s was ostensibly about free speech. The students felt they had the right to protest against the segregated hiring practices at a local hotel. The dean of students ordered that a popular site in Berkeley could no longer be used for student activism, a long tradition on the campus. The students revolted.

While the cause of the unrest at Columbia was access to a gym and at Berkeley it was free speech, behind both protests were the issues of civil rights – undoing segregation – and the movement against the Vietnam War. The student groups involved in the protests were joined by members of CORE, SNCC, SDS, and more radical groups such as the Black Panthers. (If you don’t recognize the abbreviations, you’re part of the problem.) The atmosphere of student activism – marching in the South and protesting the war – were as much about what was going on as shutting down Sproul Hall and Hamilton Hall.

The current protests in France are different. Some students, in some universities, are protesting against changes in university admissions policies. Students are protesting to protect their rights and those of future students.

But what about world problems? There are no outrages at France’s participation in the illegal bombing of Syria. There are no uprisings against the Israeli shootings in Gaza. There are no organized marches decrying the shameful conditions of refugees sleeping under the bridges of the Seine or wherever they can find shelter after they were uprooted from Calais.

The French students are not organizing against the real dilemmas of our time. With a precarious job market and high unemployment, they are looking out for themselves and their future, unlike the massive student protests throughout France in May 1968. Those protests began with a series of university building occupations at the Sorbonne in Paris against capitalism and American imperialism, and then spread to factories, with strikes involving 11 million workers for two continuous weeks. Although there are some union strikes throughout France now, today’s French students, like much of their generation, are looking out for number one.

Should we blame them? My generation was not worried about finding employment after university. Jobs were not difficult to find then. And while our involvement in the anti-Vietnam War movement could be explained by the potential that many of us could be drafted and sent rather quickly “over there,” the civil rights movement was about social justice for all. There were no egotistical incentives for those who marched and put their bodies on the line. (If you don’t remember the murdered civil rights volunteers Schwerner, Goodman and Chaney, you’re still part of the problem.)

Much hope has surrounded the bravery of the Florida school children and their efforts to limit access to guns. One can only wish they will be successful in having candidates elected in November 2018 who will reform gun legislation.

But gun control is only one issue.  For those who struck in 1968 at Columbia, Berkeley and Paris, just as for Martin Luther King Jr., there was a larger picture. King spoke of a society that was imperialistic at home and abroad. The lack of social justice in the United States, for King, was intertwined with America’s unjust foreign adventures. Student demonstrations in 1968 were against the university as part of a societal/political injustice. The university was a small manifestation of that injustice.

When the German philosopher Ludwig Feuerbach (1804-1872), wrote “man is what he eats,” he was challenging the predominant religious beliefs of his time. But life is more than just what one eats. I would hope that today’s French students, as well as students elsewhere, would be able to mobilize around other issues than university admissions and guaranteeing employment. There are more than enough issues to be outraged about today, and their solution requires the energy and determination of the young. That activism is what should be highlighted as the legacy of May 1968 and any comparisons with May 2018.

Posted in AIDC Tagged with: Students