Activists from Latin America and Southern Africa arrested in Zimbabwe 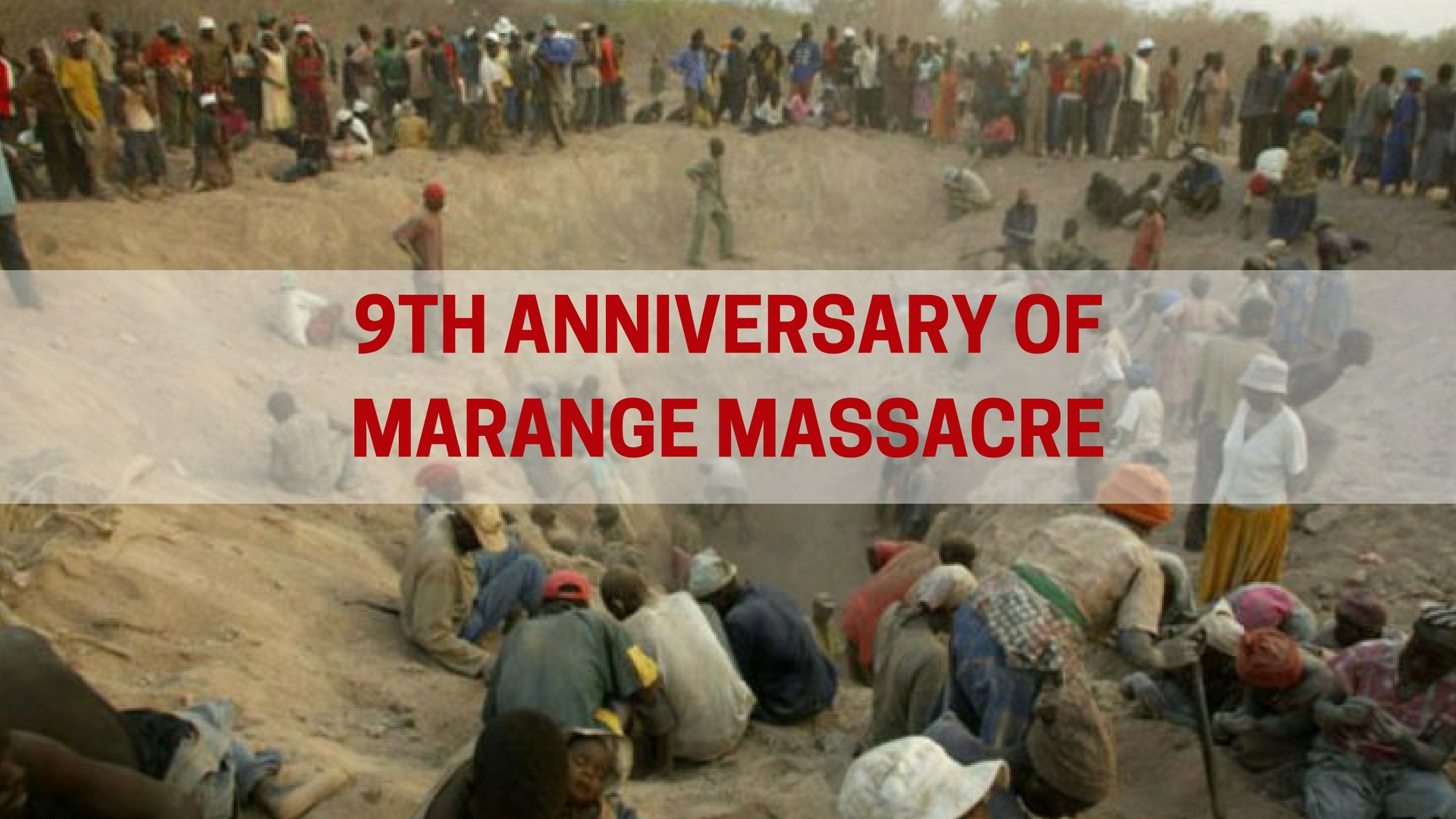 Yesterday (10 November 2017), the Centre for Natural Resource Governance (CNRG) hosted an event in commemoration of the 9th anniversary since the Marange diamond fields massacre. 2000 people attended the event to commemorate the deaths of more than 200 miners and community members, brutally killed during Operation Hakudzokwi (Operation No Return). The commemoration event was organised in conjunction with the CNRG by the People Dialogue a network of Latin American and Rural Women’s Assembly (RWA), who are currently on an exchange visit in Zimbabwe.

The killings and sexual assault of scores of women and children took place at the hands of the Zimbabwean national army. The purpose brought forth, for the killings was to clear the diamond fields of artisanal miners so that at the time two Chinese mining companies could plunder Marange. Till today there, haven’t been any prosecutions or any justice for those left behind.

After the commemoration event, activists from Latin America, Southern Africa and from Zimbabwe were arrested including: Rodrigo Peret, a militant of the Pastoral Land Commission of Uberlandia, Minas Gerais state, Maria Julia Gomes Andrade and Jarbas Vieira, the latter two members of the Movement of People Affected by Mining (MAM) and members of the secretariat of the Committee in Defense of the Territories Facing Mining.

The Southern African Campaign to Dismantle Corporate Power condemns their arrest and demands the immediate release of the activists. Moreover, the Campaign demands justice for the victims of the Marange Massacre and for the families of those slain. We also call on the international community to pledge solidarity; expose this injustice and make sure that the rest of the world is aware of the crime against humanity taking place in Zimbabwe!