Ahead of the Amandla! Forum on “Whither ANC: Zanufication or Renewal” , taking place in Cape Town today (19 April 2017), we thought we would republish the Amandla Editorial from Amandla Issue 48 “Dangerous Times”. The editorial was published in October/November 2016, but it is still very relevant for today. 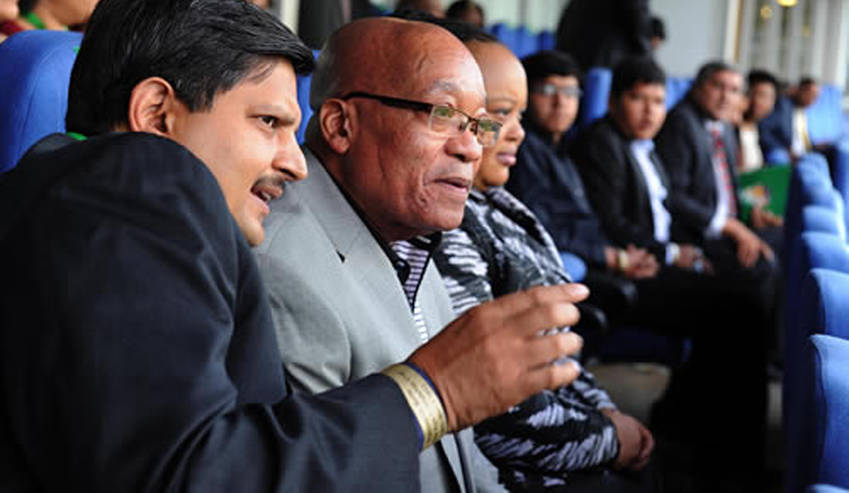 The ANC elective conference is just 13 months away and once again the organisation is deeply divided. Many factions have developed since its 2007 Polokwane Conference, where the centre of the ANC was defeated and removed from power. Those who saw themselves as representatives of the left and backed Zuma should now be questioning their analytical framework. They saw Zuma

as the candidate to lead a left bloc, along with the SACP and the Youth League. What happened in the real world? The SACP joined Zuma’s ANC in reinforcing Thabo Mbeki’s neoliberal policies, disbanding the Youth League and splitting COSATU. And this is what we are led to believe is “scientific socialism” and “the omnipotence of Marxism-Leninism”.

Even worse, Zuma has led a further degeneration into naked corruption and cronyism. The SACP only started opportunistically to resist this when it became clear that their comfortable seats at the cabinet table were under threat. Let’s not forget their efforts in defending Zuma’s Nkandla and demonising those who tried to hold Zuma to account. After “Secure in Comfort” was published, Blade called the story of Nkandla “lies perpetuated by white people”.

State capture is about how business interests have manipulated their relations with Zuma and his close allies in government, state agencies and enterprises to make money. Factions in the ANC are formed not to pursue political agendas but to advance business interests. Politics is subordinated to economics and redirected to advance the economics of the stomach.

The Guptas have been very effective in exploiting these opportunities. But they have not been alone. Let’s not forget Cyril Ramaphosa. How else do you get from trade union official to billionaire in a few years? Or Zuma’s friend Vivian Reddy, who helped to fund the first buildings at Nkandla in

According to “South Africa Wealth Review 2016”, there are 620 Ultra High Net Worth Individuals in South Africa. Those are people with assets of US$30 million (R420 million) or more. Interestingly,

45% of South Africa’s dollar millionaires are historically disadvantaged. “New World Wealth” estimates that figure will rise to 80% by 2030. Many will have become wealthy not from inheritance, which is the norm, nor from entrepreneurial innovation, which is the exception, but through state connections. These are the crony capitalists.

South Africa is not alone

As “The Economist” magazine put it in May this year, “The past 20 years have been a golden age for crony capitalists… As commodity and property prices soared, so did the value of permits to dig mines in China or build offices in São Paulo. Telecoms spectrum doled out by Indian officials created instant billionaires. Implicit state guarantees let casino banking thrive on Wall Street and beyond.”

And if there is any misguided thought that crony capitalism is the privilege of dependent or developing economies, let’s not forget the former US Vice President, Dick Cheney, Chairman and CEO of Halliburton Company from 1995 to 2000. After the Iraq war, it was Halliburton’s KBR subsidiary which was the main government contractor used to restore Iraq’s oil industry. KBR had an open-ended contract that was awarded without competitive bidding. Cheney of course denied he had anything to do with it.

But Agence France Presse reported on a Pentagon e-mail which showed that his fingerprints were all over it. And in case there is any doubt about whether Cheney benefited, he continued to receive US$1 million a year in deferred compensation for his efforts. As well as stock options comprising 433,333 shares. Halliburton’s share price is currently US$48. That’s another US$20 million he got for his pains.

From corruption to state capture

State capture, to the point where business interests can appoint Ministers and instruct them who to award contracts to, is quite clearly a fundamental poisoning of constitutional democracy.

The process of state capture does not stop at buying ministers and officials. Almost by definition it has to subvert the state. Officials who play by the rules and resist the offers of these predators must be removed. Conspiracies are hatched, intelligence agencies, police and prosecution authorities are captured, to be used in manufacturing and pursuing conspiracies.

The South African Revenue Service’s so-called rogue unit is an outcome of this process and Finance Minister Gordhan is a victim. So are the thousands of officials that have been driven out of the state to accommodate the accumulation needs of the predators.

• In order for the Passenger Rail Services of South Africa to be captured it was necessary to fire more than 200 engineers who had good knowledge of the railway and transport systems.

• In order to grab SAA’s procurement contracts of new airplanes and routes, hundreds of the most qualified SAA engineers and officials had to be removed.

The same is true at the level of local government. To win contracts to supply municipalities with bulk water, qualified officials have to be removed.

State institutions are systematically made dysfunctional in the service of the state capture agenda. This is what makes it so pernicious and frightening for poor and working people. Take the case of SASA, the Social Security Agency of SA. It has become a massive site of corruption and accumulation at the expense of the poor.

The response of the SACP

If the ANC gets captured, the South African Communist Party will be left with no other option but to build a new people’s national democratic revolutionary front and proceed with the objective of advancing the second radical phase of its democratic transition”. So says the SACP General Secretary, Blade Nzimande.

It seems that he has learned nothing from his time embedded in the ANC. Somehow he still  believes that “state capture” is an aberration, a mistake of the “National Democratic Revolution” rather than its inevitable consequence. So he draws the wrong conclusion. For the SACP, the problem is not the BEE strategy, which is the engine of crony capitalism. We know that because if it was the problem they could hardly support one of BEE ’s greatest beneficiaries, Cyril Ramaphosa, as the next president. For them, it is somehow still possible to ally themselves with some capitalist elements to advance “the second radical phase”.

Who are these fragments of capital, we wonder? The BEE layer are all beholden either to transnational capital or home grown monopoly capital, or to the state, or to all of them. They are, in fact, the crony capitalists. So who are their allies in the National Democratic Revolution?

And if there are no cross-class allies, why are they talking of a National Democratic Revolution instead of an anti-capitalist struggle?

And what of the left?

The right wing, in the form of the Democratic Alliance, is much better placed to take advantage of the ANC crisis, especially if we on the left abstain from the struggle and try to keep our hands clean. And that is what is happening now. Despite the noises made by Zwelinzima Vavi on behalf of the new Federation, it is Sipho Pityana, Chairperson of AngloGold Ashanti, who is making the running in the latest round of the “Zuma must fall” campaign.

It is easy to take an abstract view – “capitalism captures the state, by definition. That was what the 1994 settlement was all about”. But that position allows capital to sweep up its own mess and claim that “good” capital is cleaning out the bad. And the political crisis is much more than just a fight to stop corruption and cronyism. There is a real danger that if the left abstains from mobilising around a clear strategy to deal with the economic, social and political crisis, South Africa will be like Turkey under Edorgan, where corruption and cronyism are embedded and activists are in jail.

The contribution of the left We have a particular understanding of this phenomenon. As we have said in previous issues of this magazine, it is not something caused by immoral individuals. It will not be solved by replacement with other individuals. It is a regime of accumulation, built on Black Economic Empowerment while dominated by monopoly capital.

BEE has nothing to do with overcoming the legacy of Apartheid. It is designed to construct the leading layers of the black middle class. We must oppose it vigorously. But we must do so with the clear understanding that, in fighting crony capitalism, we are also fighting capitalism itself. We may have temporary allies among other fractions of capital, but they are only with us momentarily, so that they can become the future beneficiaries. As the proponents of the National Democratic Revolution still seem unable to learn, our enemies’ enemy is not our friend.