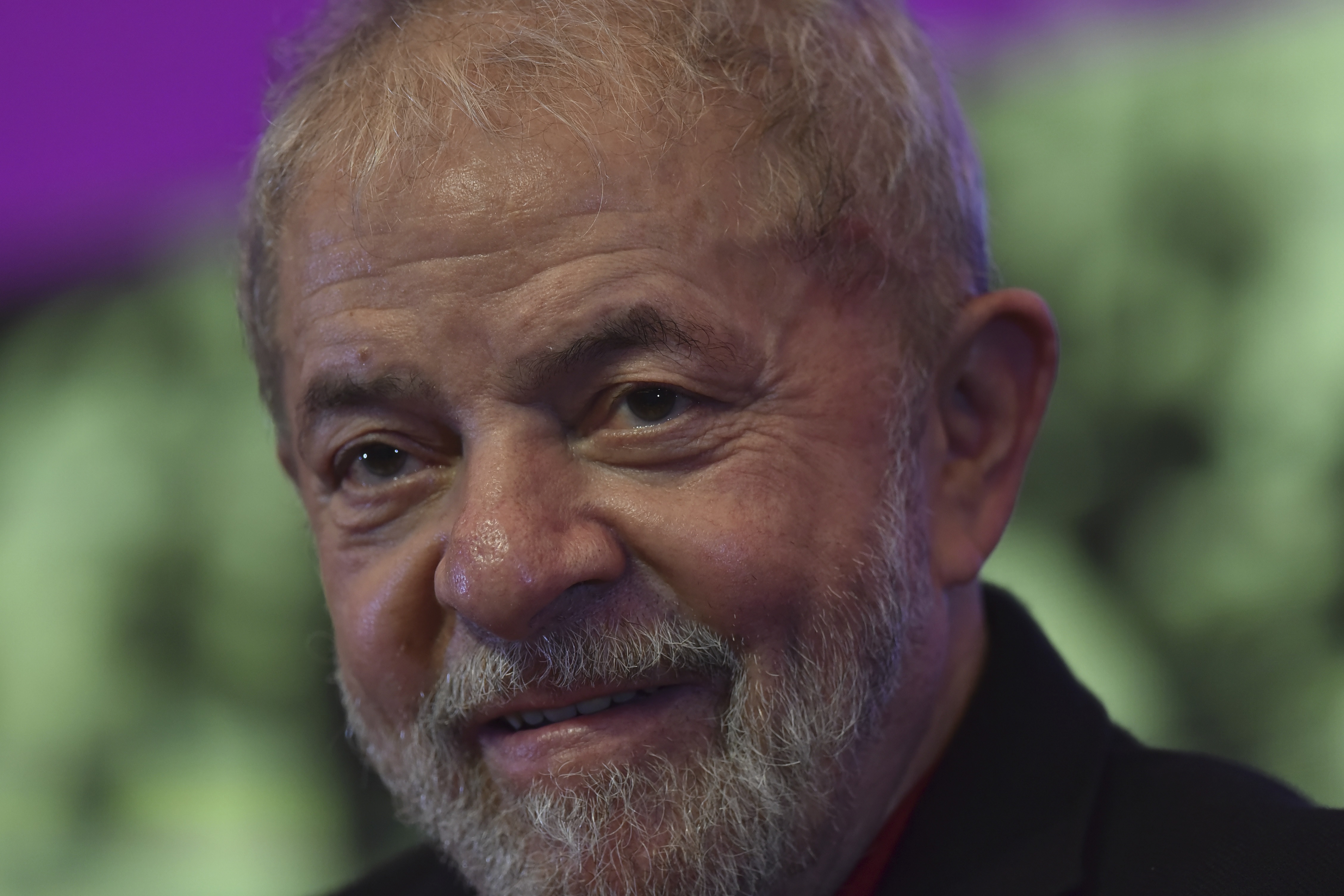 The prisoner we visited, Luiz Inácio Lula da Silva – “Lula,” as he is universally known — has been sentenced to virtual life imprisonment, in solitary confinement, with no access to press or journals and with limited visits one day a week.

The day after our visit, one judge, citing press freedoms, granted the request of the nation’s largest newspaper, Folha of São Paulo, to interview Lula. But another judge quickly intervened and reversed that decision, despite the fact that the country’s most violent criminals — its militia leaders and drug traffickers — are routinely interviewed in prison.

To Brazil’s power structure, imprisoning Lula is not enough. They want to ensure that the population, as it prepares to vote, cannot hear from him at all, and are apparently willing to use any means to accomplish that goal.

The judge who reversed the permission wasn’t breaking any new ground. One predecessor was the prosecutor at the 1926 sentencing of Antonio Gramsci by Mussolini’s Fascist government, who declared, “We must stop his brain from working for 20 years.”

We were encouraged, but not surprised, to find that despite the onerous conditions and shocking miscarriage of justice, Lula remains his energetic self, optimistic about the future and full of ideas about how to turn Brazil from its current disastrous course.

The alleged crime is almost undetectable by Brazilian standards. The sentence is so totally disproportionate to the alleged crime that it is quite appropriate to seek reasons. Candidates are not hard to unearth. Brazil is facing an election that is of critical importance for its future. Lula is by far the most popular candidate and would easily win a fair election. Not the outcome preferred by the plutocracy.

Although his policies while in office were designed to accommodate the concerns of domestic and international finance, he is despised by elites. This is in part, no doubt, because of his policies of social inclusion and benefits for the dispossessed, though other factors seem to intervene: primarily simple class hatred. How can a poor worker with no higher education, who doesn’t even speak proper Portuguese, be allowed to lead our country?

With Lula barred from running, there is a good chance that the right-wing favourite, Jair Bolsonaro, can gain the presidency and seriously escalate the harshly regressive policies of President Michel Temer. Temer replaced Dilma Rousseff after she was impeached in ludicrous proceedings in an earlier stage of the “soft coup” now underway in Latin America’s most important country.

Bolsonaro presents himself as a harsh and brutal authoritarian and an admirer of the military dictatorship, who will restore “order.” Part of his appeal is his pose as an outsider who will dismantle the corrupt political establishment, which many Brazilians despise for good reasons. This is the local equivalent of the bitter reaction in much of the world to the effects of the neoliberal assault of the past generation. Bolsonaro affirms that he knows nothing about economics, leaving that domain to ultraliberal economist Paulo Guedes.

Guedes is clear and explicit about his solution to Brazil’s problems: “privatise everything,” the whole national infrastructure, in order to pay off the debt to the predators who are robbing the country blind. Guedes worked for a time in Chile under the Pinochet dictatorship, so it may be useful to recall the results of this first experiment in extreme neoliberalism.

The experiment, initiated after the 1973 military coup had prepared the ground by terror and torture, was conducted under near optimal conditions. There could be no dissent. It was supervised by the superstars of neoliberal economics. It had enormous support from the US, the corporate world, and the international financial institutions.

For a few years, the experiment was highly praised, and then silence reigned. By 1982, the ultra neoliberals had succeeded in crashing the economy. The state had to take over more of the economy than under the Allende years.

It is important to bear in mind the overwhelming power of finance in the Brazilian political economy. Brazilian economist Ladislau Dowbor reports that as the Brazilian economy sank into recession in 2014, major banks increased profits by 25 to 30 percent: “the more banks profit, the more the economy is stalled…The financial machine is living at the expense of the real economy.”

The phenomenon is worldwide. The consequences are the prime source of the resentment, anger, and contempt for governing institutions that are sweeping over much of the world, commonly mislabelled “populism.”

This is the future planned by the plutocracy and its favoured candidates. It would be undercut by renewal of Lula’s presidency, which did cater to the financial institutions and the business world generally, but not sufficiently, in the current era of savage capitalism. 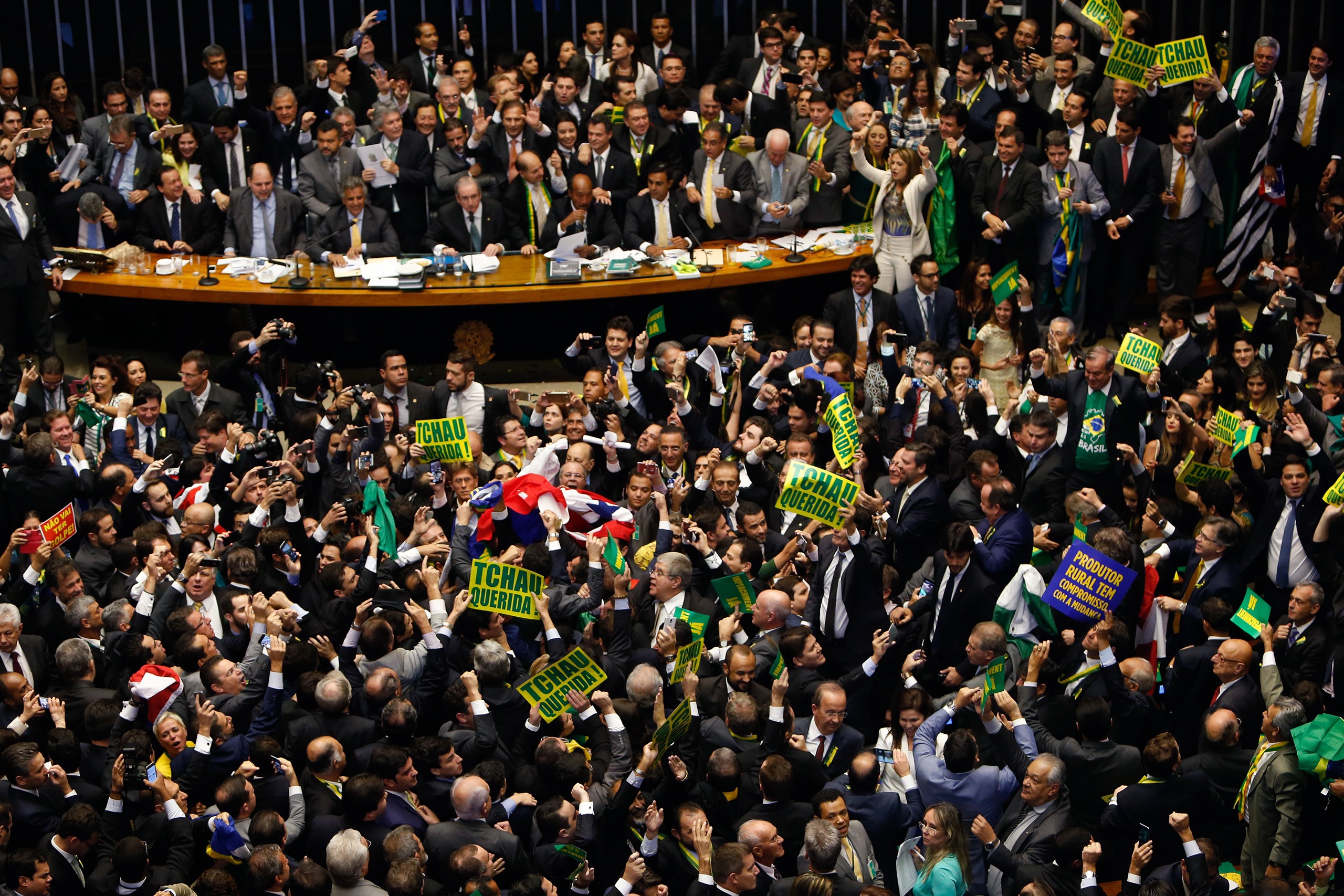 During these years, the World Bank’s study reports:

“Brazil’s socioeconomic progress has been remarkable and internationally noted. From 2003, the country has become recognised for its success in reducing poverty and inequality and its ability to create jobs. Innovative and effective policies…have lifted millions of people out of poverty…Brazil’s development path over the past decade has shown that growth with shared prosperity, but balanced with respect for the environment, is possible. Brazilians are rightly proud of these internationally recognised achievements.”

Some Brazilians at least, but not those who hold economic power.

The World Bank report rejects the common view that the substantial progress was “an illusion, created by the commodity boom, but unsustainable in today’s less forgiving international environment…There is no reason why the recent socioeconomic gains should be reversed; indeed, they might well be extended with the right policies.”

During the Lula-Dilma years, the demands of the financial community were accommodated. They included the low taxation of the rich (often avoided entirely by massive capital flight to tax havens) and absurdly high interest rates. This led to huge fortunes for a few, while attracting capital to finance, instead of productive investment. It was the financial rent from extortionate interest rates and other gifts to finance that were the real cause of the crisis of 2013 – a crisis that could have been overcome by “the right policies.”

Throughout modern Brazilian history, challenges to the reactionary structural framework have led to coups. Much the same has been taking place during the “soft coup” that has been underway since 2013. That was when Rousseff sought to reduce the outlandish interest rates to some civilised level, threatening to reduce the flood of easy money to the small sector able to indulge in financial markets.

The current campaign to preserve the structural framework and reverse the achievements of “the glorious decade” is exploiting the corruption in which Lula’s governing Workers’ Party (PT) participated. The corruption is very real, and serious, though singling out the PT for demonisation is pure cynicism, considering the escapades of the accusers. And as already mentioned, the charges against Lula, even if one were to credit them, cannot possibly be taken seriously as a basis for the punishment administered to remove him from the political system. All of which does qualify him as one of the most significant political prisoners of the current period.

The plague of corruption is hardly confined to the “developing world.” Huge banks are fined tens of billions of dollars (JPMorgan Chase, Bank of America, Goldman Sachs, Deutsche Bank, Citigroup), typically in “settlements,” so no one is legally culpable for the criminal activities that destroy millions of lives. The London Economist  noted that “corporate America is finding it increasingly difficult to stay on the right side of the law”. In 2014 it reported 2,163 corporate convictions from 2000 to 2014.

Corruption ranges from the massive scale just illustrated to the most petty cruelty. It is estimated that in the US, two-thirds of low-wage workers have pay stolen from their wages every week, while three-fourths have part or all of their overtime pay stolen. There is virtually no enforcement.

But the major corruption is legal. For example, the resort to tax havens drains an estimated a quarter or more of the $80 trillion global economy, creating an independent economic system free from surveillance and regulation, a haven for all sorts of criminal activities, as well as taxes. Or Amazon, which just became the second trillion-dollar corporation, and benefits enormously by exemption from sales taxes.

Corruption is indeed a plague in Brazil and Latin America generally, but these are small players in the competition.

All of this brings us back to the prison, in which one of the most significant political prisoners of the current period is kept in isolation so that the “soft coup” in Brazil can proceed on course, with likely consequences that will be severe for Brazilian society, and for much of the world, given Brazil’s potential role can proceed on course, that is, if what is happening is tolerated.

This is an edited version of an article that first appeared in The Intercept on October 2, 2018 https://theintercept.com