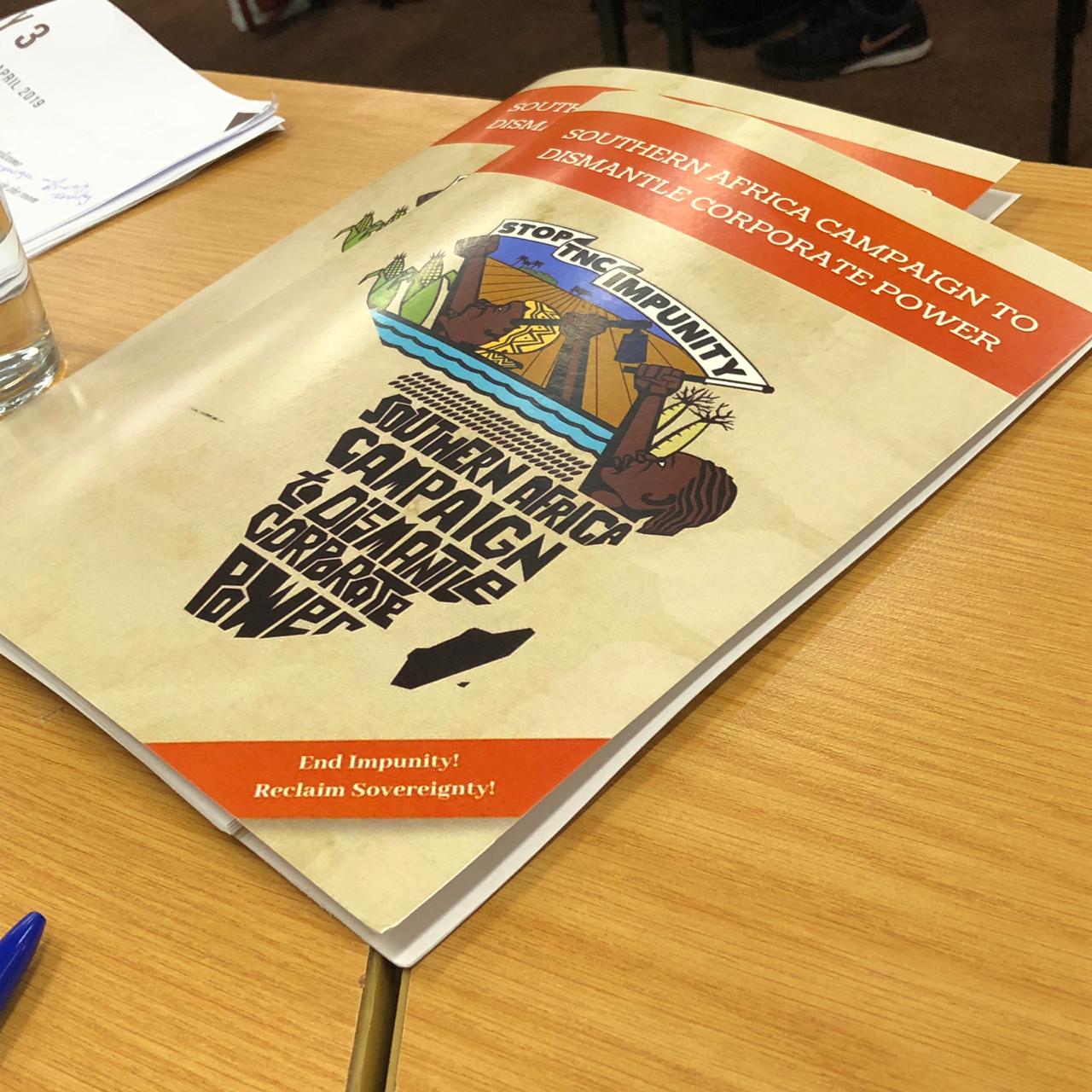 “There is a huge asymmetry of power between African governments and the global TNCs” says Brid Brennan, from the Transnational Institute (TNI) “many of whom have larger budgets than entire African nations. National laws and policies are also limited as to how much they can do to protect national populations from TNC pressure and power. Seeing the ever evidence f impunity of TNCs in Africa.” As explained by Erica Mendes, from Justiça Ambiental TNCs also understand this treaty as a big threat to their profits and monopolies. Governments need to work together to ensure treaty is build, approve and implemented. HR are of primacy important for all international trade agreement. The UN Binding Treaty on the responsibilities of TNCS is aimed to guarantee the rights of affected peoples.

The African group has been instrumental in the driving of this process in the UNHRC. Unfortunately, African missions often do not have the human capacity to be involved in all the sessions; they have limited or unclear mandates from national governments to engage; also, the implications of this treaty are also wide and complex, which can hinder decisive actions. We commend the efforts of the South African Government is this, as well as the growing support of other African members states. We call on the Government of the SEAf region, as well as other African governments to increase positive engagement in this Treaty process. Social movements and civil society in the continent are also crucial for the success of the Binding Treaty.

It is crucial that we mobilize and strategize at national regional and continental levels. It is urgent that we revive endeavours on trade and trade agreements, and increase the interaction and integration of the different sectors (trade unions, peasants, health workers, and others) in order to understand the complexities and expose the abuse and end the impunity of TNCs. According to Ngoni Chikowe, a Zimbabwean peasant farmer and member of the Zimbabwe Smallholder Organic Farmer Forum (ZIMSOFF) “this treaty is very important because sometimes governments are uncapable [sic] of reacting to certain violations. The treaty is an important tool for the protection of local communities in the face of current and potential violations and subsequent impunity of TNCs.”

The TNC campaign has presented 6 concrete proposals for the binding instrument: on the obligations for TNCs, extraterritorial obligations; the instrument of enforcement, the responsibility of TNCs in the global supply chains; the architecture of the global corporate law (International Financial Institutions, the World Trade Organisation and the investment and trade regime); as well as the rights of the affected communities.

Southern and Eastern Africa have some of the countries most affected by climate change and climate disasters. The direct and indirect impacts of climate extremes are highly aggravated by the destructive activities of TNCs in terms of land-use, environmental degradation and the overall resilience of local communities and territories.

As members of the Southern African Campaign to Dismantle Corporate Power, Stop Impunity, and Reclaim Peoples’ Sovereignty, we welcome you to join us in collectively building this process of mobilization towards a campaign against the power of corporations and their crimes against humanity.

WE FEED THE PEOPLE AND BUILD THE MOVEMENT TO CHANGE THE WORLD!