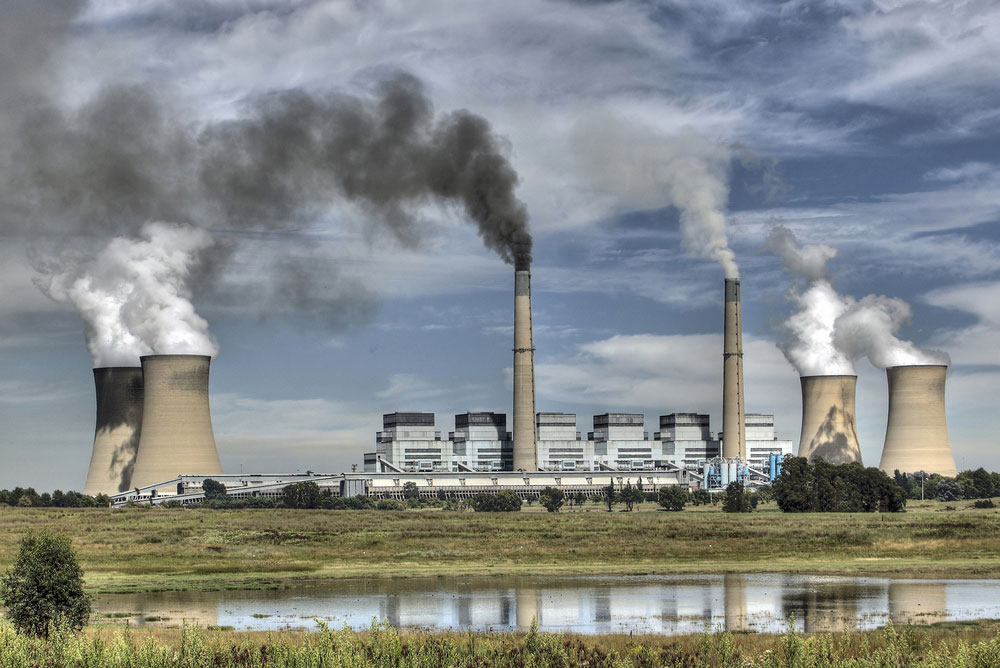 In danger of being overlooked by the Eskom catastrophe is the crisis confronting the Public Investment Corporation. Until load shedding started, it was the PIC and its finances that occupied news pages. The PIC’s crisis, however, is not financial. It is political and moral. The struggle against corruption that is destroying the ANC and utilities like Eskom is political. It is, in fact, a class struggle. It could not be more ‘classical’. It is about material interests.

About 87% – R87 out of every R100 – under the Public Investment Corporation’s (PIC) management belongs to the Government Employees Pension Fund (GEPF). The GEPF is also controlled by the government, but with union representatives on the board. As far as is publicly known, the GEPF board and managers are not yet subject to any criminal investigation. This gives hope to optimists, but we will see.

Whatever will happen on that point, the GEPF is financially fine. The payment of pensions and other defined benefits to its members is not in danger, as we will show in more detail below: Even when disregarding the increase in share prices that affect the valuation of the GEPF funds (having an “estimated fair value” of R1,802-billion in March 2018), the GEPF is running with a huge and increasing net income surplus every year.

Despite increasing pensions by 5.5% in the 2018 financial year, R50.6-billion in actual net income was handed over to the PIC to “manage”.

So, while PIC and the GEPF are decidedly healthy, the same cannot be said of Eskom. This invites asking: Who should be the dominant creditor of the government and of a public company such as Eskom, which is about to go bust?

It is the GEPF that must be that creditor, if we are not derailed by ideology or stuck in neoliberal path dependency.

This would also be important for the national budget, to make an understatement. We are bracing for the 2019 Budget Speech. The growing debt service cost of the government and corrupted state-owned enterprises (SOEs) provide business-as-usual arguments for worsening austerity, not the least if a large chunk of Eskom’s debts, amid neoliberal sleep-walking, are moved to the balance sheet of the national budget. Budget austerity means continued under-funding of education, health, housing programmes, land and mineral reform and transport systems. What will soon to be described as social murder will be expected to continue, outside heavily protected and privileged small spaces in society.

But there are alternatives.

Let us take a closer look at the GEPF. The Treasury started to use a “true income” approach in the 2016 Budget Review when reporting about the GEPF’s finances. The following financial data from the 2018 financial year become relevant when (1) assessing whether the GEPF pensions and benefits are in danger, and (2) considering whether the gigantic funds of the GEPF can be used to solve Eskom’s acute debt crisis and wrest government finances out of the grip of the finance industry and the credit rating agencies. During the financial year ending 31 March 2018, we had:

Contributions of about R70.4-billion from the state employees and their employer (with the latter in practice paid by the employees because employers see these contributions as a labour cost).

Dividends actually paid to the GEPF in the role of a shareholder in listed and unlisted companies in the amount of R30.6–billion.

Interest actually paid to GEPF holdings in bonds and bills of R577-billion (long-term and short-term loans to the government, SOEs and corporations) in the amount of R44.6-billion.

Total amounts paid out to pensioners and other beneficiaries in the amount of R95-billion.
The net income surplus after these payments in and out from the GEPF in 2018 was R50.6-billion. This was after all beneficiaries had been paid and after the decision by the GEPF board to increase pensions paid to beneficiaries by 5.5% during 2018. The government employee pensions cannot be in danger, if incomes actually received by the GEPF every year are greater than what the GEPF is paying to beneficiaries, and if this net surplus after true incomes minus costs increases every year and the defined benefits paid out has been increasing at a rate above inflation. Full stop.

Now comes the question: What to do with this growing surplus that the GEPF accumulates and puts in the hands of PIC, notwithstanding the ever-increasing evidence of corruption at the latter institution (where also the Unemployment Insurance Fund has a R200-billion surplus placed ‘”under PIC management”, equally invisible in the debate about the debt crisis).

Let’s first consider that the R30.6-billion in actual incomes paid out to the GEPF in the form of dividends represented a return of 3% from the GEPF’s gigantic shareholding of R1,033-billion. We repeat that we disregard overall increases in share prices, just like the Treasury did in their changed reporting: Incomes received as payments are the actual incomes. No forward-looking “fair evaluation”. This is a prudent approach. Paper values can fall, as the Steinhoff and the Resilient Group scandals show, not to mention the 2008 global crash.

The incomes paid to the GEPF from the more secure, but smaller pile of R576.7-million in interest-bearing loans (bills and bonds) corresponded to an average interest of 7.8% on those financial assets.

Excluding “estimated fair value” (which principally concerns market values of shares) the average investment return from these two types of assets was about 4.6%. This is the norm. The “real income return” on these two types of assets weighted together has been between 4.1% and 4.8% since 2011, which was how far the Treasury’s new accounting for the GEPF’s finances went back. The dividend part of the direct incomes paid to the GEPF always pulls down the average.

Dividend incomes from the GEPF’s large shareholding have been decreasing by half a percentage point since 2015. Incomes from interest on loans to the government, SOEs and corporations have increased by one percentage point. One reason is growing overall indebtedness, for which sin the lender pays higher interest, especially Eskom.

Eskom pays an average of 10% interest on its R419-billion of rising debt, (according to Eskom’s CFO in SAFM on 10 February), or more than R40-billion a year and rising. Eskom is about to fail, due to corruption, mismanagement, impugned business deals and the politically misdirected and failed building of two mega coal power stations. But it cannot fail, and it should be instrumental in an honest “just transition” from fossil fuel-based electricity production to renewable energy (yes, President Ramaphosa stole the concept for his own purposes in his SONA speech).

The GEPF holds R87.6-billion worth of Eskom bonds through PIC, which means that the GEPF holds 21% of the Eskom R419-billion debt.

If the relation between loans and shares in the GEPF’s asset portfolio had been the exact opposite to what it was in 2018, all else being equal, actual incomes would have been R97.9-billion instead of R75.2-billion. The difference of R22.7-billion is a little more than Eskom’s estimated loss during the 2018/19 financial year, to have one benchmark.

The reason is, of course, the 7.8% average interest on bonds and bills compared to the 3% in dividend payout from the more than R1-trillion shareholding. Indeed, from Treasury’s newly found “true income” perspective on the GEPF’s finances, a policy shift from shareholding to lending is rational and justifiable in the current reality. And given the higher actually paid “return” on loans, a shift would increase the GEPF’s net income surplus every year.

But Eskom needs a bigger rebate than R20-billion to R30-billion on its loans to stay afloat. Eskom doesn’t only pay interest. Just like a house owner with a bond, Eskom must also constantly pay back the loans. This pay-back amounts to R30-billion in 2019. The annual debt service, therefore, amounts to R70-billion and it is increasing. Eskom doesn’t have incomes to cope with this. The utility takes new loans to pay off the old, and bankruptcy is near.

In Business Day (17 January) Magda Wierzycka suggested “zero coupon bonds” issued by the GEPF. These are loans that run at zero interest for a number of years. But when the bond “matures” — the year when Eskom has to pay back the whole amount it borrowed — it will pay back more than the original loan amount. It depends on the deal, but Eskom will, for example, pay back R140-billion on a loan of R100-billion it got when it “sold” the bond to the GEPF five years earlier. One can say that a “zero coupon bond” is a loan with a delayed interest payment. In this example, the yearly interest would be 7%.

Wierzycka’s proposal made a crack in an ideological closure. It had the merit of pointing to a paradox. A gigantic state-controlled finance resource is disregarded in the debate about Eskom’s acute crisis: To split it up is “the only solution”. The government is under pressure from profit-maximising creditors — finance capital. Budget austerity is “the only solution”.

Still, the GEPF enjoys a net income surplus of more than R50-billion a year. There is no need for it to invest in zero coupon bonds with their delayed interest payments. The GEPF doesn’t need this to fulfil its first mandate, which is to pay pensioners and other beneficiaries. The GEPF’s second mandate should of course be to promote social stability, not to provide venture capital through the PIC, some of it to firms that hardly exist. To strive for maximised financial returns at the GEPF disregards that this pension system is a defined benefit system. It also turns a blind eye to the whole picture (which is the hallmark of finance under capitalism).

A collapse for Eskom would hit the R1-trillion “estimated fair value” of the GEPF’s shareholding with a sledgehammer (and reveal that financial paper claims on future earnings are, after all, fictitious).

The GEPF also holds R359-billion in state bonds. This could be much more, and the interest rate on that debt should not be set high by the market. It should be set only with the eye on the GEPF fulfilling its first mandate.

The deepening of budget austerity is disastrous, for society at large, for all public sector employees who try to do their job and eventually, in fact, also for the GEPF. Retrenchments in the public service sector increase the number of GEPF beneficiaries and decrease the number of contributing members.

The unions are campaigning against the splitting up of Eskom. Their suspicion that this is a privatisation step is well founded. They can add to their campaign that there is a rational measure to take against the debt crisis as such. They should do that without fear of this step being labelled socialist. It is imperative. Eskom’s debt should not be put on the government’s balance sheet, which will maybe trigger one more credit rating downgrade.

The members of the GEPF and its board representatives should work to change the investment policy of the state pension fund. The resulting relative scarcity of available cash to buy more equity will be an advantage in the struggle against corruption and State Capture.