More than 20 years after the end of the Apartheid regime, most of South African cities are still highly segregated; the Urban Areas Act (1923) and the Group Areas Act (1950), despite being abolished, still has a huge impact. Of course, high unemployment rates coupled with a relatively low economic growth, lack of social housing projects and huge inequalities are definitely to blame for the absence of geographic mobility of people within our cities.

But, this lack of spatial mobility of people between neighborhoods also comes from another main contributing factor: the lack of modern and efficient public transportation systems. By breaking usual space barriers between neighborhoods, it could be a game changer that could help to accelerate and increase social and racial diversity of urban areas in our cities, especially in those areas where jobs are located. Besides the need to address urban land inequalities – included in this would be putting a cap on rent prices as well as building affordable housing in the city centre, a modern and efficient public transport system can go a long way in opening up some neighbourhoods currently still reserved for the privileged elite. This can be an effective way of providing access to economic opportunities that may translate into a real redistribution of wealth from the wealthy to the poor.

A more efficient, effective and affordable modern public transport system is also game changing in that it will reduce travel time between places and provide even more economic opportunities to people living in remote and unconnected areas within our cities, and that’s what is needed to reconnect our cities, that has been fragmented by the Apartheid era. 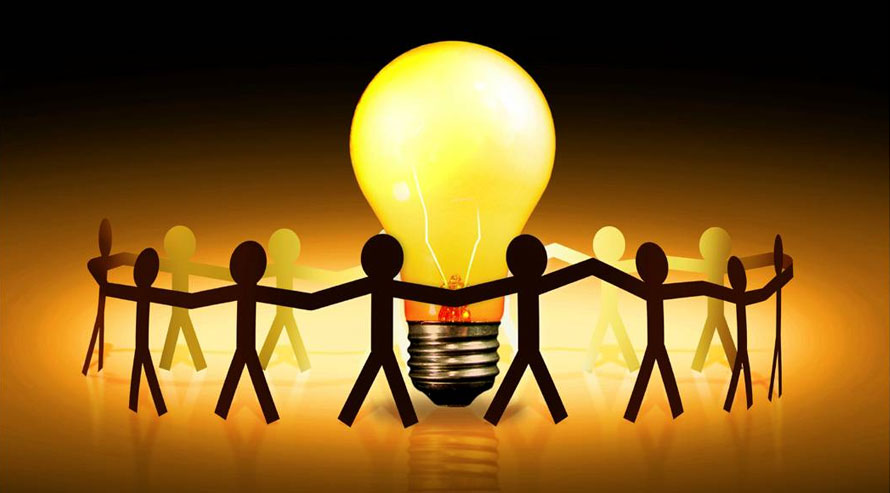 Beyond that, South Africa, by joining back the international economic competition, is seeking to attract to its cities the ‘creative class’, this group of highly skilled workers such as engineers, artists and researchers. To do so, SA cities will need to be attractive enough to gather people, usually expecting good living conditions beyond basic facilities. Here, once again, public transportation is a key element: beyond the enhanced social cohesion it could bring, it also means lower air pollution, fewer hours wasted in traffic jams and safer streets by increasing people’s presence.

However, tied public budgets at local and national level means that no ambitious public transportation policy will be implemented unless it becomes a political priority. However, alternative methods of fundings and a dynamic approach to land and tax system could greatly ease the equation.

An inspiring example: the construction of the England railway tracks

As soon as the end of the 18th century, England started to build its first railway tracks. In order to answer the need of its new-born industries, railways became required to be able to increase production by linking greater and greater factories to a growing number of workers and far away sources of raw materials. However, the cost of such infrastructure was huge for the newly industrial power that England was at that time. In order to still be able to build such infrastructures one method reveals itself to be particularly profitable. Buying much larger swatches of land than needed, by increasing debt, it reveals to be a smart move: they were able later on to sell the land back at much higher rates and could therefore compensate for the incurred debt rising from buying that land and the costs resulting from the building of the infrastructure. 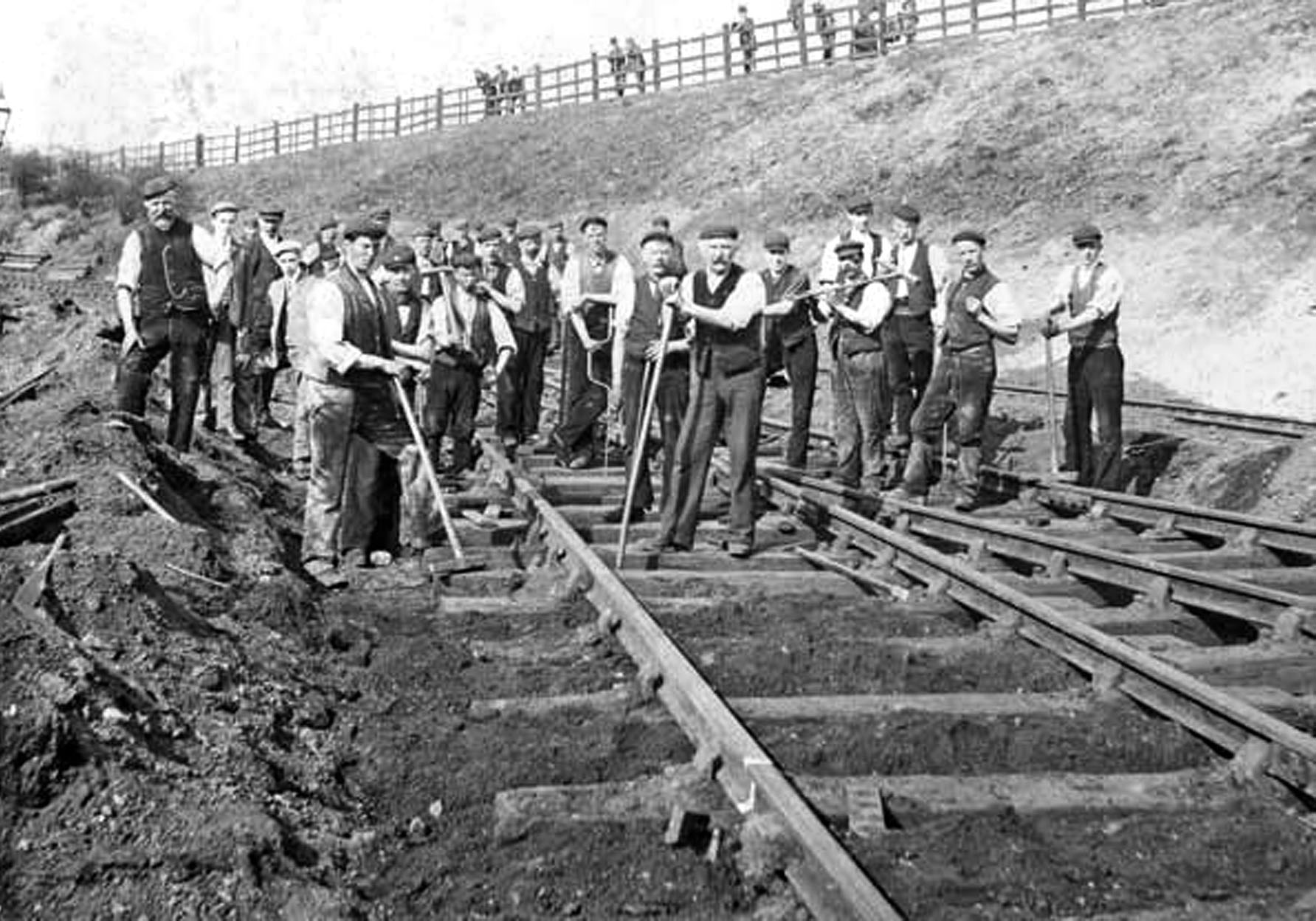 How? Simply because land is a very specific kind of capital: its value is not much dependent on its inherent value, but much more on its market value. As a result of several people wanting access to the same piece land pushes up its value. By building railways stations, the price of the land nearby  skyrockets mechanically since it means that access to the city or the factory would be much quicker from those locations. In other words, building the railway was mostly a self-funding mechanism.

A necessary updating of this principle

But isn’t this solution an illusion since there is hardly any space left within cities? This does raise a challenge to the initial approach used by the British, necessitating amending the approach to our context.

The first amendment to consider would be a land tax. This is a more modern approach to the principle implemented by the British. If you consider that building public transportation infrastructure such as subways and railways are increasing the value of the land, instead of buying it to sell it back later, you can impose in those areas an extra tax on future transactions. Some may argue that this would unfairly deprive the owners of the land from its value, however one should keep in mind that the price of the land would have increased due largely to the public investment on that land. Therefore, seeing local or national public funders claiming back the surplus they have created is nothing but legitimate.

Another option to consider is to see that businesses and companies, who are huge beneficiaries of such public investments: by increasing the life of its workers and employees, and by the increase in people using these infrastructures. Making retail businesses and shops more attractive. A short increase of their taxes would only be a fair compensation for the increase in sales and improvement of public infrastructures that they use both directly and indirectly.

A challenge: the desirability of public transportation

If one argues that public transport is undesirable for the rich and that mostly South Africa working class people use it, and therefore falsely concludes that investing in public transport would be wasteful. This phenomena only occurs because of the lack of political will to make public transportation, the best option, for both rich and poor. 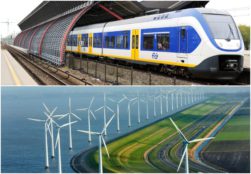 Netherlands running its all electric trains by wind energy; can we do that too?

If well-off people and families still use cars in most of the cities, conditions for a reduction of traffic and its inherent pollution (noise and air) within city centers cannot be met. This means first that modern transportation infrastructures will need to be put in place. It has to be faster and more convenient to use public transportation than your own private transport. Increasing bus lanes, investing in modern busses, constructing tramways and subways are some of the options, but it should be kept in mind that most of all, it will have to be safe, reliable and regular enough to attract all categories of the population. It also means that those who use cars instead of modern public transport systems in cities should be penalized for the environmental burden caused  as a result of added pollution. Individuals will have to pay for the effective cost of such use, either through toll, higher oil price, or some other manner that specifically to target those ‘bad samaritans’.

There no miracles or silver bullets. However, to make people believe that building an efficient and modern public transportation system is unaffordable is a lie. Of course, it means that public expenditures in those infrastructures will impact public funds, but, as I tried to demonstrate here, a bit a creativity could largely diminish such constraints. What is lacking is not public funds but political will. Solutions exist, they just need a leadership good enough and strong to promote them.