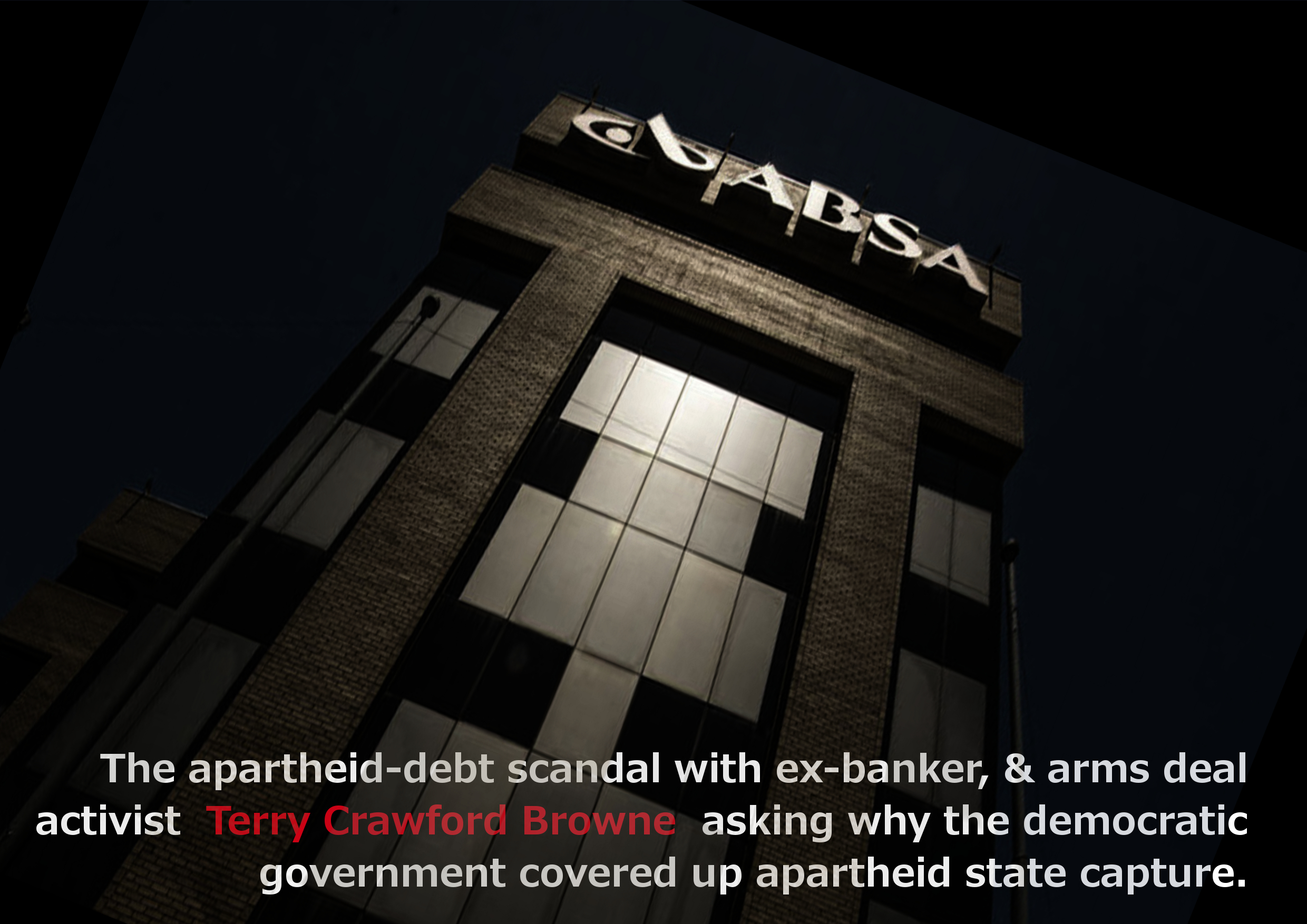 Amongst the wider allegations of the CIEX report are that after the 1985 debt standstill Swiss banks demanded South African gold reserves be held in Zurich as collateral for loans, but that the gold was never returned to SA and was “disappeared.” Minority shareholders in SARB have demanded a full and independent audit of the SA’s gold reserves, but were blocked by Governors Gill Marcus and Tito Mboweni.

Then there are the billions pumped into Armscor plus other sanctions-busting operations in collaboration with SARB and Barend du Plessis, as Minister of Finance.  The Cameron Commission of Inquiry in 1994/95 reported that Armscor was both incredibly corrupt and incredibly incompetent, but regrettably failed to recommend recovery of monies and properties held overseas.

SARB acknowledged during the Truth And Reconciliation Commission’s business hearings in November 1997 that rational banking principles had been subordinated to supporting a political ideology. Since then, quite extraordinarily, all four of SA’s banking groups plus the SARB itself have become foreign-controlled.

SARB is itself an anomaly by world standards in being privately rather than state-owned.  Being foreign-controlled is even more bizarre, and is a contradiction of its constitutional obligation to “function independently and without fear, favour or prejudice.”

The Trust Bank/ABSA lifeboat issue now regains relevance because Trevor Manuel whilst Minister of Finance in 2005 inexplicably authorized the takeover of ABSA by Barclays Bank.  Before withdrawing from SA in 1986 in response to the anti-apartheid campaign and the 1985 debt standstill, Barclays International was by far the largest foreign bank creditor.

Barclays is not only financing the BAE and BAE/Saab contracts for the arms deal but, having been repeatedly fined in the US and Britain for numerous and various irregularities, now proposes to dump its ABSA and Africa operations to raise R73 billion to remedy its capital deficiencies.  The 20 year Barclays Bank loan agreement for the BAE contracts, and in my possession, was described by Manuel’s own legal counsel in 2003 as “potentially catastrophic for South Africa.”

The proposed Barclays dumping of ABSA is one of the factors leading to SA’s prospective investment downgrading to “junk status.” The loan agreement is a textbook example of “third world” debt entrapment by European banks and governments.

And into this saga, there is Maria Ramos (Mrs Manuel) as CEO of both ABSA and Barclays Africa.  The conflicts-of-interest are massive and, independently of the Gupta debacles, warrant a thorough investigation into South Africa’s banking system. Are we serious about dealing with corruption and money laundering during both the apartheid and present eras?