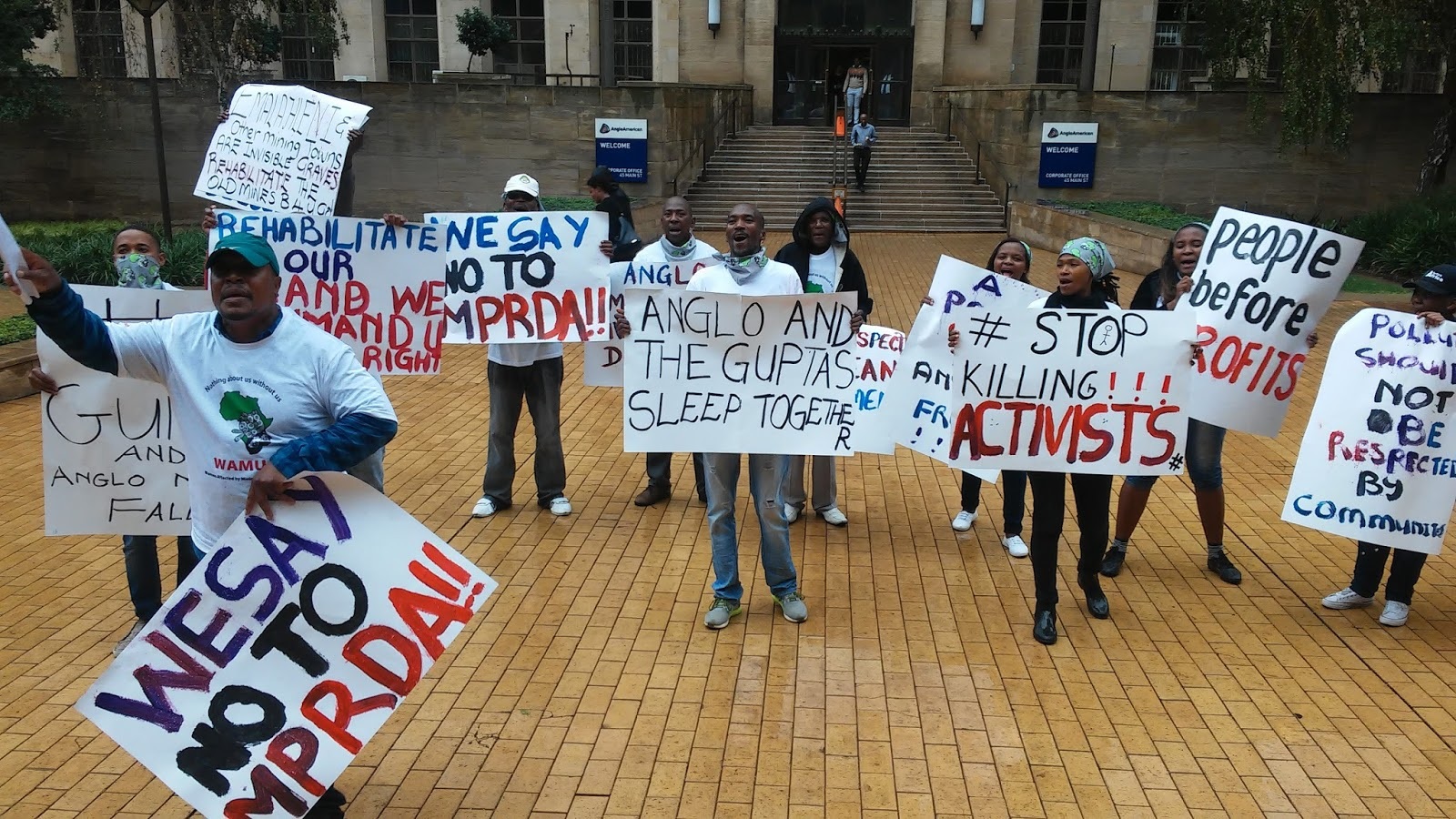 Minister Gwede Mantashe and the Ramaphosa Cabinet have withdrawn the Minerals and Petroleum Resources Development Act (MPRDA) Amendment Bill from the parliamentary process. Simultaneously, they have watered down the provisions of the Mining Charter. These decisions appear once again to signal a decisive move by the current government towards an overtly pro-market approach in which the myth of trickle-down economics is sold to us at the expense of some of the most marginalised and impoverished South Africans.

Embedded in the new urgency of the Ramaphosa government to woo international capital, is the unspoken return to the hegemonic idea that has underpinned the ANC`s governmentality since it came to power. The economic logic of the ANC government has consistently revolved around the idea which was best expressed by the famous neoliberal economist Ludwig von Mises, who declared his love for the anti-egalitarian, anti-democratic message of Ayn Rand’s Atlas Shrugged. He wrote to Rand in 1958: “You have the courage to tell the masses what no politician told them: you are inferior and all the improvements in your conditions which you simply take for granted you owe to the efforts of men who are better than you”.

In its essence, the cabinet decision to set aside the current MPRDA Amendment process is not so much a victory for policy certainty as claimed by the Minister. It is a smashing down of the popular will and of the struggle for dignity and agency by the most marginalised of society.

Over the course of the last six years that the Bill has been floating between Parliament and the Provincial Legislatures, civil society organisations have worked tirelessly to shift the debate within the mining sector. They include MACUA, the Amadiba Crisis Committee and the Coalition on the MPRDA, which includes organisations such as Centre for Applied Legal Studies, Bench Marks Foundation and ActionAid South Africa among others.

Their collective efforts have seen a seismic shift in the way in which the mining question has been viewed by Legislative Members of the governing Party and a consequent reimagining of the hegemonic ideas that have informed much of the ANC`s mining policy post 1994. Much of the post 94 logic of the state was informed by outdated notions of top-down economics in which the agency of marginalised citizens would be sacrificed at the altar of a vanguard party. The meteoric rise of a new black elite, connected closely to the governing party, was intimately linked to the mining sector. The idea of transformation of the sector was limited to the promotion of a black capitalist elite.

The fate of citizens who were directly impacted by the toxic outcomes of mining was sacrificed to the promotion of a black capitalist class. A systemic programme of legislative dispossession was surreptitiously introduced. The pivotal laws at play are the MPRDA and the Traditional Leadership and Governance Framework Act 41 of 2003 (TLGFA).

These laws were developed as separate but interconnected pieces of legislation. Their central aim was to enable politically connected business and traditional leaders to use the framework of the Apartheid homelands and their political connections to access South Africa’s most significant source of wealth, the mining industry. They would do this on terms that exclude the people who own the land on which mining takes place.

Through the work of organisations in the sector, the brutal reality of the deepening inequality and the continued marginalisation of the historically oppressed brought about by the current legislative framework, Provincial Legislatures started to agitate for change in the way the sector is legislated. At the centre of the mandates that Provinces were articulating was the issue of including more rights for communities and greater protection of the environment.

The Eastern Cape Legislature went so far as to include in their mandate the proposal to include a concept that mining interests are dead set against – “Free Prior and Informed Consent” for any community faced with the threat of mining on their land.

The idea that communities must have a greater say in the issues that affect them is a central theme of our Constitution. It has been affirmed by the Constitutional Court in numerous judgements. Yet the current MPRDA does not recognise communities as stakeholders who have the right to land and dignity.

Instead, the Cabinet decision has condemned communities like those in Dingleton in the Northern Cape, and Xolobeni in the Eastern Cape, to forced evictions and loss of land and well-being. The current law only requires that Mining Rights Holders give a community 21 working days’ notice before they start mining in and around their community and homes. In Dingleton in the Northern Cape, Anglo has acquired a right to mine on occupied land. The company has cut the water and electricity supply to the community and started blasting highly dangerous explosives, meters away from the homes of those who chose to remain.

The ugly, apartheid-like forced evictions of the Dingleton community are repeated in many similar communities across the country, and the Xolobeni case before the Pretoria North High Court is set to expose the unconstitutional nature of the current MPRDA.

Not only does the Cabinet decision condemn South African citizens to be victims of the bullying tactics of large Transnational Corporations. Not only does it try to ignore efforts to resist the subjugation of over 6 million rural inhabitants to the undemocratic rule of traditional leaders. The decision also entrenches the worst forms of colonial subjugation and denial of agency to the people affected by mining. 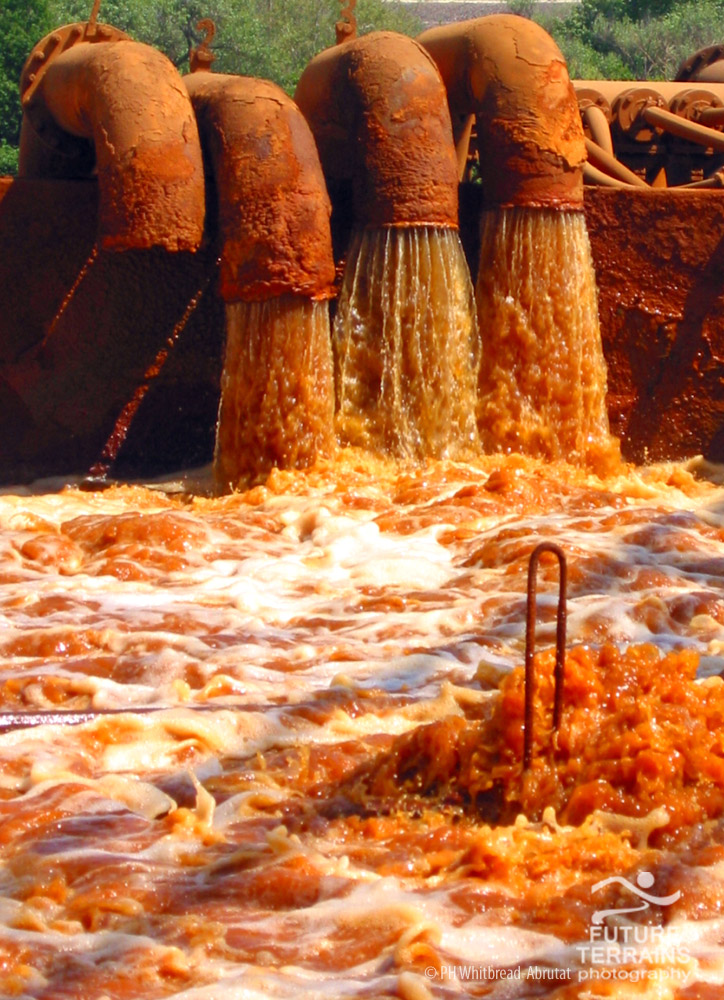 The decision by the Cabinet furthermore ignores a wealth of evidence that has been placed at its disposal. None more so than the Motlanthe Report of the High-Level Panel on the Assessment of Key Legislation and the Acceleration of Fundamental Change (HLP). Among the many useful and rational recommendations in the HLP is the recommendation that; “The MPRDA must be amended to ensure that both revenues from mining-related activities and opportunities generated by such mining activities are shared in an equitable and transparent manner among people whose land rights are directly affected.”

The recent report by the South African Human Rights Commissions (National Hearing on the Underlying Socio-economic Challenges of Mining-affected Communities in South Africa) called on government to remedy some of the fundamental shortcomings in the current legislation.

Other evidence collected by civil society organisations have shown clear evidence of a systemic model of inequality which appears to be built into the legislative environment around mining. Dr. Aninka Claasens of UCT, produced a recent working paper which forms part of a forthcoming publication from the Mapungubwe Institute for Strategic Reflection (MISTRA) on Traditional Leadership and Customs in a Constitutional Democracy. It is due to launch early next year. It is unequivocal that the “law has been used to entrench structural inequality in post-apartheid South Africa”.

In an earlier Research report in which researchers studied the structural effects of mining on the community of Mapela in Limpopo, clear evidence of how structural violence impacts on the community was exposed. Kathleen Ho, (2007) in her paper Structural Violence as a Human Rights Violation, locates the unequal share of power to decide over the distribution of resources as the pivotal causal factor of structural inequalities. “Recognizing that structural causes are responsible for constrained agency is pivotal in making the transition from structural violence to structural violations of human rights. It is the effect of structures on individual agency that results in this gap between potential and actual fulfilment of rights.”

The Cabinet decision to water down the Mining Charter and withdraw the MPRDA Amendments in favour of a more business friendly legislative structure for the mining sector, not only continues the trend of colonial dispossession and elite capture of mineral wealth, it also sends a clear message to mining affected communities and those who are marginalised through structural inequality, that it is only through claiming their agency and through confronting the purveyors of elitism that they could hope to free themselves from the centuries of colonial dominance.

To paraphrase the words of Paulo Freire: “No ‘legislation’ which is truly liberating can remain distant from the oppressed by treating them as unfortunates…the oppressed must be their own example in the struggle for their redemption.”