Global climate policy in an uncertain state of flux

Global climate policy in an uncertain state of flux 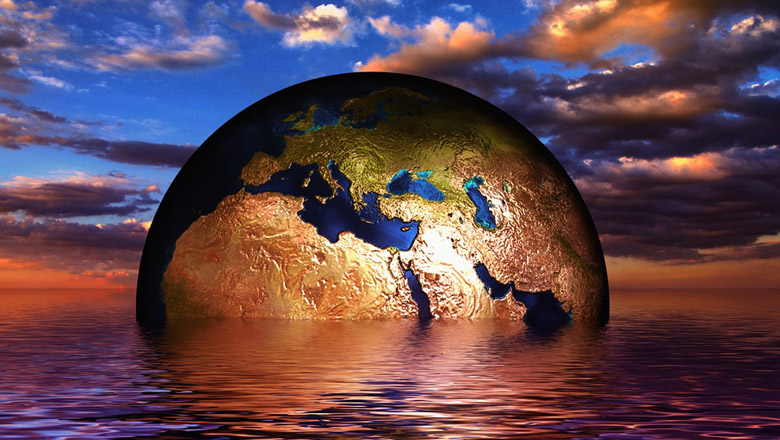 Global climate change policy is in a state of flux, with all other countries waiting for the United States to decide whether to leave or remain in the Paris Agreement.

That treaty, adopted by 195 countries with great fanfare in December 2015 and  came into force in November 2016, symbolizes the efforts of governments to cooperate to avert disastrous global warming that threatens human survival.

On 29 April, the 100th day of Donald Trump’s presidency, thousands marched in Washington and other cities in the US and around the world to protest against the administration’s about-turn in climate policy.

Trump signed an executive order at the end of March unraveling former President Barack Obama’s clean power plan, the centerpiece of his policy to reduce emissions causing global warming.  The plan would have closed hundreds of coal-fired power plants and replaced them with new wind and solar farms.

Further reflecting the policy changes, the Environmental Protection Agency last week removed climate change information from its website, saying it would be undergoing changes to better reflect the administration’s priorities.

The UN Framework Convention on Climate Change is now meeting for two weeks in Bonn to discuss rules to follow up on the Paris Agreement. Uppermost in the minds of the thousands of delegates and NGOs will be the uncertainty caused by the new US position.

Trump is expected to soon announce if the US will exit the Paris Agreement.  The administration is split, with one camp (that includes EPA chief Scott Pruitt and Trump’s chief strategist Steve Bannon) wanting the US to quit while others (including Secretary of State Rex Tillerson and Trump’s son-in-law and advisor Jared Kushner) advocate that the US remains.

The big change in US climate policy comes at a very bad time. Last month, the concentration of carbon dioxide in the atmosphere for the first time reached 410 ppm (parts per million) in the Mauna Loa observatory in Hawaii. 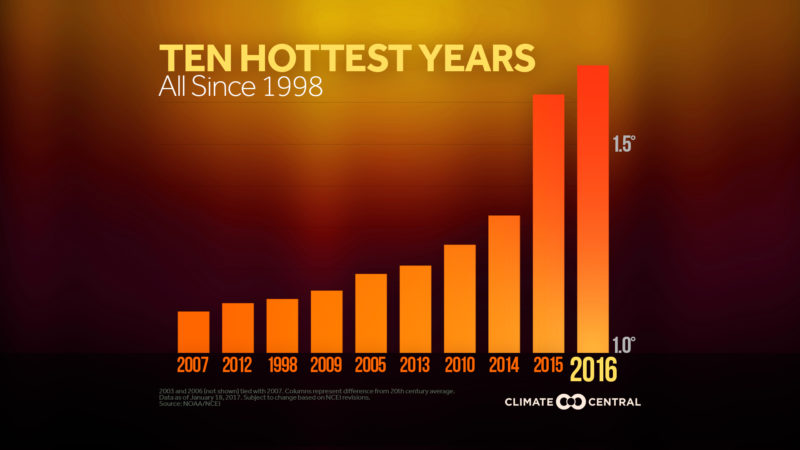 The year 2016 is the hottest on record.  Many recent signs of climate change effects include sea level rise; changes in rainfall; more flooding, storms, and drought in different parts of the world; and the melting of glaciers.

The hard-fought Paris Agreement has many flaws, but it is an important achievement. One drawback is that the mitigation pledges made by countries fall far short of limiting warming to 1.5 or 2 degrees.  Instead they would bring about 2.7 to near 4 degrees temperature rise, according to various estimates, and the effects would be catastrophic.

The agreement also does not contain concrete commitments or plans by developed countries to assist developing countries to tackle climate change.  There remains the old promise to jack up climate finance to $100 billion a year by 2020, but no road map on how to get there, nor even an agreed definition of what constitutes North-to-South climate financing.

There is also little left of the old commitment to transfer climate technology to developing countries.  And while there is interest to help developing countries to curb their emissions (which is known as mitigation), there is less appetite to help them cope with the effects of climate change (which is termed adaptation and loss and damage).

Despite these deficiencies, the Paris Agreement has positive aspects which make it an important treaty. Almost all countries made pledges to take concrete actions. While participation is thus widespread, differences in obligations as between developed and developing countries remain in the Paris agreement, in line with the Climate Convention.

Most important, the Paris agreement is a symbol and manifestation of international cooperation to tackle the climate crisis. Although the overall level of ambition is too low, the agreement has mechanisms to urge members to increase the ambition in both mitigation and in assistance to developing countries in the future.

Without a Paris agreement, there would be no global framework or action plan for the coming decades. The world would be adrift even as the crisis worsens. 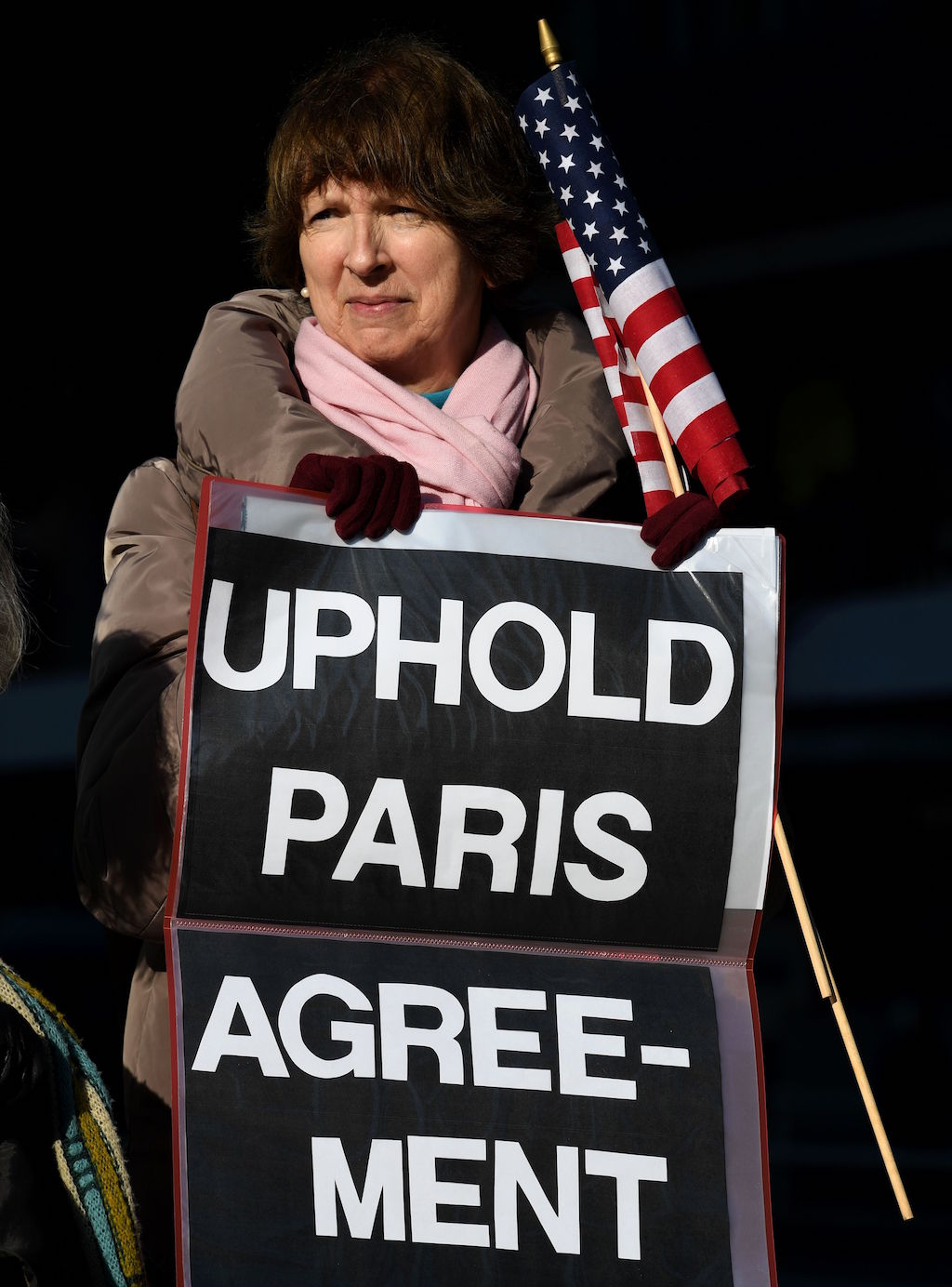 What would happen if the US leaves the Paris agreement?  It would be a big blow to global cooperation, especially since the US is the top emitter after China, and is also by far a bigger emitter per capita than China and most other countries.

There is also a fear of a contagion effect. Some other countries may follow the US and quit the agreement too.

There is also a fear of a contagion effect. Some other countries may follow the US and quit the agreement too.

In an opinion article, former UN Secretary General Ban Ki-moon and Harvard University professor Robert Stavins have strongly argued that the US must stay inside the Paris agreement, for the sake of the world and for its own interests.

They also point out that even if Trump decides to pull the US out, this withdrawal will only take effect after four years, due to the rules of the agreement.

They add that if the US wants a quicker exit, it can quit the Climate Convention, under which the Paris agreement is established. This exit will take effect after a year. But if it leaves the Convention, the US would really become a “pariah” and thus it is unlikely to do so.

In any case, the US will still be a member of the Paris agreement during the rest of Trump’s present term.

It is unlikely to be a passive member, whether or not it gives notice to exit from Paris.  There is a growing consensus among Trump’s advisers that the US can’t stay in the Paris agreement unless it negotiates new terms, according to a report in Politico.

While it is impossible to renegotiate the Paris deal, Trump’s officials are ‘discussing leveraging the uncertainty over the U.S. position to boost the White House’s policy priorities in future discussions,’ said the article.

If this happens, the effect may be really adverse.  Since the US will be in the Paris agreement for the next four years at least, it may use this period to weaken further the already low level of ambition of its own actions as well as those of other countries.

The US will also try to weaken or eliminate the commitments of developed countries to support the developing countries. Trump has already made clear there will be no more US contributions to the Green Climate Fund.

It will also dampen any discussions on how climate financing can be jacked up in the years ahead towards the promised $100 billion by 2020.

Some people have argued it may better if the US leaves the Paris agreement and that prevents it from discouraging all the others that remain from taking action.

There might however be a situation of the worst of both worlds: The US announces it is quitting, thus already damaging global cooperation, then plays a spoiler’s game inside, since it will still be a member for four more years.

It was thus heartening that US citizens are protesting against their government’s climate change policies.

It is also important for people and governments in the rest of the world to strengthen their resolve to fight climate change, rather than to relax now that the US leadership is refusing to do its part.

The best solution would be for the US to remain in the Paris agreement, and go along with other countries to meet and improve on their pledges and enable international cooperation to thrive.

That is not going to happen. So we may have to wait at least four years before another US administration rejoins the rest of the world to tackle climate change.  Let’s hope it will not be really too late by then to save the world.

This was published by Inter Press Service (IPS) on 8 May 2017 |  Author: Martin Khor is the Executive Director of the South Centre.