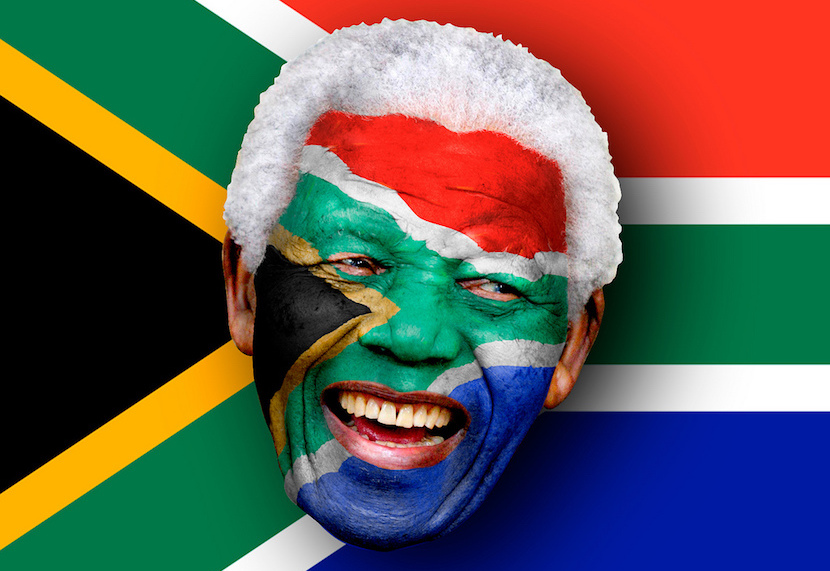 Since 1994, people have loved to marvel about South Africa having a relatively peaceful transition to democracy. Indeed, they love to consider how it was relatively peaceful, despite the brutal and sick nature of our history of racial oppression and firm resistance to it. This ‘peaceful’ transition won the heart of the international community and we were held in high esteem.

Little did people know that this ‘wonderfully miraculous’ transition was not what it was perceived to be. Looking back at those transitional negotiations in the early 1990’s, it’s as clear as daylight that what caused so much excitement and seemed too good to be true, was an illusion.

It’s easy to have a peaceful transition to democracy if it involves little more than a change of faces regarding political leadership. If there has not been significant economic/socio-economic transformation, then regarding a ‘peaceful’ transition, the question is what’s the ‘big deal’?

Looking back at apartheid times, it’s interesting to consider the irony of how in a sense, there was a stronger sense of the black and white races reaching out to each other than there is now. This was despite gross division and the fact that the black and white races were effectively at war. This is because whites with progressive mindsets were readily welcomed into African solidarity and brotherhoods because the integration concerned, suggested the demise of apartheid and therefore the demise of the poverty and suffering that came with it. As oppression was called apartheid, integration was seen as key to victory. There was a peak of euphoria when Nelson Mandela announced the ‘rainbow nation’ and expectations of socio-economic improvement ran high.

These expectations were not met and desires for integration were dismissed. We became a cordial society, rather than a socially integrated one. Thereafter, there was even further deterioration and racial tensions emerged, as socio-economic expectations were still not met and white racism remained prevalent. Let us not hide from the reality of what this could mean as we have seen what the anger of masses can result in. It has been known to result in spontaneous outbursts of violent xenophobia and violent protestation. One is compelled to face the possibility that if there is not significant socio-economic improvement, masses (have-nots) who are becoming increasingly impatient, could exercise violence against whites (haves). Let us not fail to face up to the anger among the oppressed masses as a sore that should be becoming a scar still bleeds profusely.

We need to see mass revolutionary action for the liberation of the oppressed and marginalised and we need to see it exercised relentlessly. We need it for the restoration of the oppressed peoples’ dignity and for the sake of peace. We need large-scale strike action and massive scale protest action that is not sporadic but relentless and perpetual. The media has a crucial role to play in our desperately needed revolution, a role of highlighting the voice of the desperate and impatient masses. We need to see movements building on what South African Federation of Trade Unions (SAFTU) is doing regarding their uniting of struggles that have been divided, into one united mass working class movement.  Shack dwellers movement Abahlali  baseMjondolo deputy president Mqapheli Bonono, expressed his contempt for the marginalised not having the security of tenure for land ownership. He also declared “We in Abahlali baseMjondolo don’t celebrate freedom, because freedom is experienced only by a minority. People are still living in shacks with no electricity and sanitation. We have to fight for freedom because the current one is for a minority”.

What does it take for people to realise that mass free markets and the mass accumulation of capital by individuals does not make for a society that can be liberated economically/socio-economically? This is why the Freedom Charter spoke of people sharing  the country’s wealth. South Africa needs to be transformed into a society in which markets are less free. These markets would include the mining and finance industries. For this to be viable, strong anti-corruption measures are needed – more specifically an anti-corruption ministry. For this to be implemented, the size of our cabinet must be reduced for the reduction of expenditure. As a supplement to an anti-corruption ministry, we need full transparency regarding state expenditure and budgets.

As it is known, the share-holders of our most productive corporations are predominantly white. They have an obligation to invest more regarding Corporate Social Investment (CSI). As a tool for the people’s liberation, we need to see more CSI placed into community development, food provision, housing and sanitation, education etc. According to a consultancy regarding corporate community involvement called Trialogue, their estimated amount of South African CSI in 2018 was R9.7 billion. This amount of money is insufficient and appalling. Whites should realise that CSI can be considered a form of returning to people what was taken from them.

Whites need to accept expropriation of land without compensation and not resist it. They have a golden opportunity to build race relations by expressing willingness to share land, as the prospect of land sharing is set to characterise the expropriation process. What wonders it would do for reconciliation and healing if whites were to express recognition that compensation is not viable and that people were indeed dispossessed. Sharing would be key to build partnerships and a great and rich humanity of friendship and brotherhood.

Government, churches and NGOs need to partner in the implementation of mass race-based social cohesion projects. Such projects need to be highly prioritised and implemented on a massive scale across South African communities for the sake of combating racial disharmony and the securing of peace.

For the sake of a peaceful and potentially united nation, government partnering with media for social cohesion should manifest in the creation of a culture in South Africa of the appreciation of South African achievers in whom South Africans across the racial divide can share pride. This is potentially great for much-needed peace and building the foundation of a rainbow society. Performers in the field of arts is an example. This is because achievers concerned debunk the myth that the Americans are elite and South Africans measure well against the international community. Our sport stars would also be the ultimate regarding this purpose. Examples would be musicians, actors and sport stars such as, Makhaya Ntini, Mthembeni Ndevu and Moshidi Motshegwa.

The field of science would also be effective for this particular reconciliation tool in pursuit of securing a peaceful united society. Palaeontological science (the study of prehistoric nature) is an example because scientists like internationally renowned Eastern Cape palaeontologist Dr Robert Gess have shown South Africa stands out globally in terms of prehistoric natural development. Such was the extent of national pride associated with a recent discovery at an Eastern Cape excavation site – a discovery that warranted global prestige – that the discovery was named after Archbishop Emeritus  Desmond Tutu. This Archbishop is another example of someone who we as South Africans can unite in relishing for the sake of honouring him. He worked up a history in the dark years of ghastly oppression of standing for peace and freedom.

Nelson Mandela’s rainbow nation was not a realistic one. However a genuinely free society can indeed make for a more realistic rainbow society, in fulfilment of a clause of the Freedom Charter that says that friendship and peace will be a reality by means of equality and provision of human rights. South Africans need to stand together for the implementation of mass revolution on a scale South Africa has never seen before. What could be more magnificent than seeing our people free? Forward with a liberated society forward! Forward with mass united revolution forward!