the elected forget them 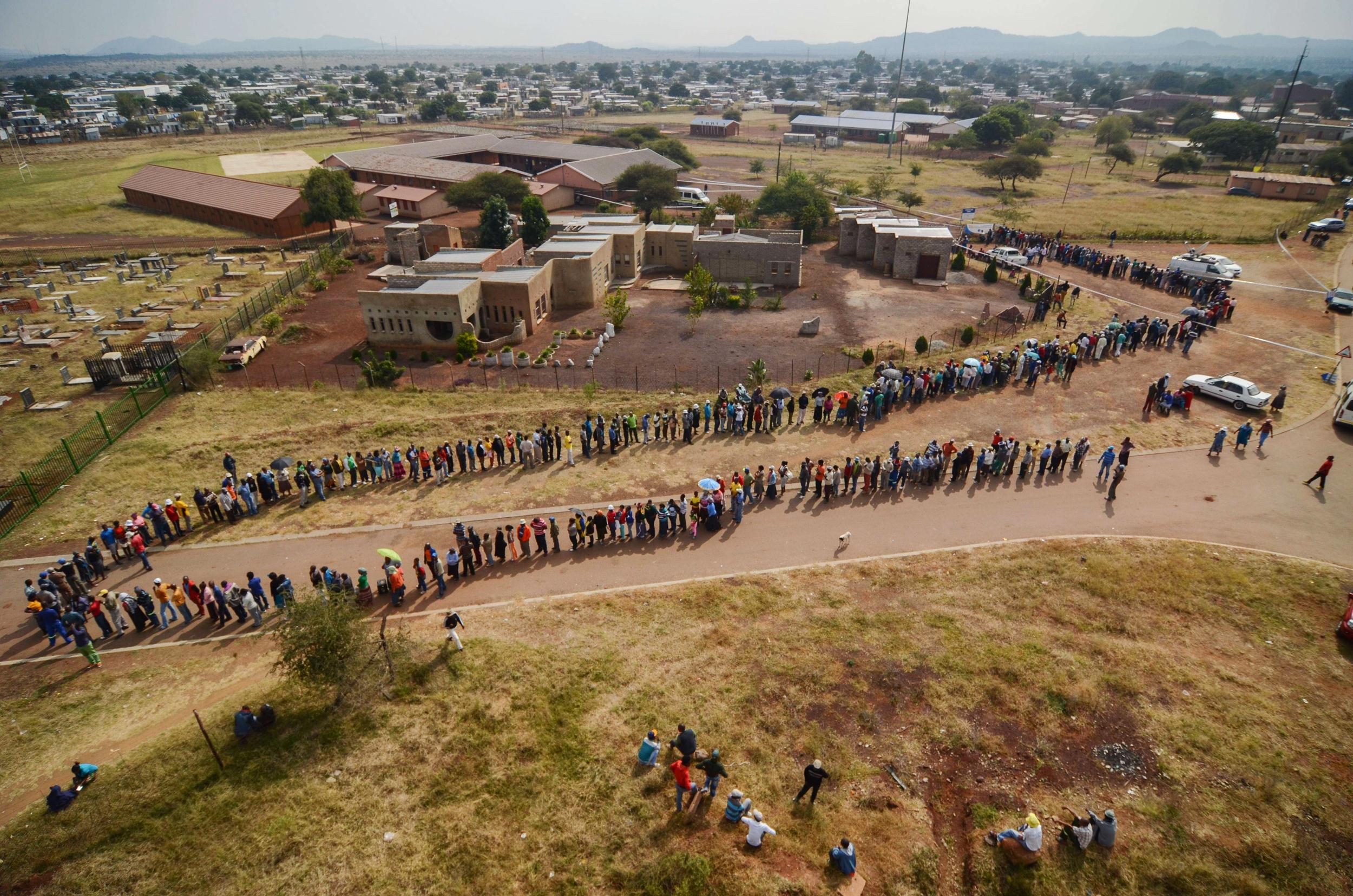 In December 2015, I went to my rural home in Keiskammahoek, Eastern Cape, as I usually do during holidays. Then, one rainy night at about 2am, we were woken up by desperate knocks on the door. An eight year old girl had braved the rain and the dark to wake us up because her grandmother was seriously ill and needed to be taken to hospital, 12 kilometres away. Our first struggle was how we were going to get the granny to the car, because when it rains in rural Eastern Cape, most homes are inaccessible by car. We overcame this obstacle by loading her, a critically ill 72 year old, onto a wheelbarrow, then into the car.

On our way to the hospital, we drove on a dangerous gravel road that had potholes that have been turned to ponds. For over twenty years, the municipality has forgotten that roads need to be maintained. On the journey we had to replace a burst tyre. When we got to the hospital, after much fighting to get attention, we were attended to by a young, hopelessly exhausted Indian doctor. He told me that he had been working since 6 six o’clock the previous morning, alone. He later took me on a tour of the hospital, and showed me broken windows, dysfunctional medical machines, lack of medicine, and so on and so forth.

I went back home again, a few months before the 2016 local government elections, and observed a hive of activity, with ANC and DA posters and activists all round. They were promising everyone who cared to listen about the manna that would fall on them if their parties were voted into power at the chronically dysfunctional Amahlathi Local Municipality. Almost three years later, life has remained constant for the residents of that municipality, as much as it has remained constant for many rural dwellers across the country.

The story above represents the sum total of the struggles faced by rural people, which have been left unresolved, ignored and forgotten since 1994. The systematic, structural and functional problems encountered by rural people have remained constant for decades. Rural dwellers have become the surplus people of the land, remembered only when it is time for elections:

Granted, the former homelands were designed to be native labour reserves, with very little potential for sustained and vibrant economic activity. But successive ANC administrations have not developed any new vision for rural development for the past 25 years. Rural people are only good in as far as they are voting fodder for political parties, and they are very important voting fodder. According to Statistics South Africa, at least 65% of the population in South Africa lives in urban and peri-urban areas, with about 25% of the entire urban population residing in Gauteng. Just over 30% of the population still lives in rural areas, locked in by the deficiencies highlighted above.

These population dynamics pose some strategic challenges for political parties, particularly for the ruling party. The ANC lost a significant majority of urban voters during the 2016 local government elections. They were completely decimated by the DA in Cape Town, lost the symbolically important Nelson Mandela Bay, lost control of the capital City of Tshwane, and lost the economic centre of the country, the City of Johannesburg. It is unlikely that they will ever manage to claw back support in these. A further significant drop in ANC support in Gauteng alone will have serious ramifications for its overall national support. Notable reductions in support in KwaZulu Natal, Eastern Cape and Limpopo would spell the end of ANC rule. So, reorienting their election machinery to revitalise their rural base is very important for their future electoral survival. 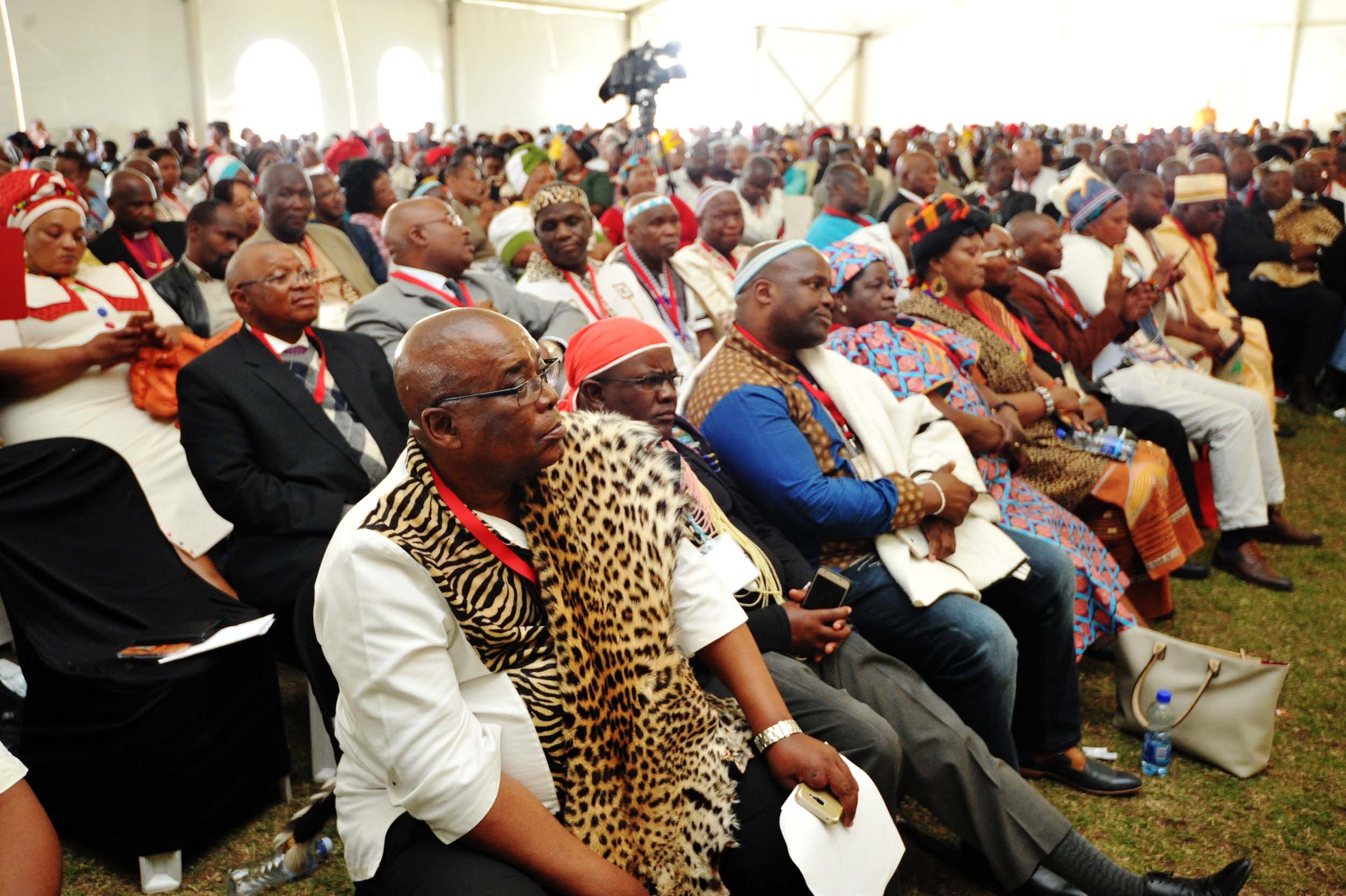 At the centre of political strategy to attract voters is appeasement of traditional leaders. They have the misguided belief that traditional leaders are gateways to rural voters. This is not backed up by any empirical evidence. Quite to the contrary, when parliament was conducting public hearings for the Traditional Leadership and Khoisan Bill, there were in total over 500 people who made submissions. Most of them noted the hell-like conditions they were forced to live under by their so-called traditional leaders. Among other issues, they all raised the following:

Seen against these submissions from a myriad of people, political parties have capitulated to the whims and manipulation of traditional leaders. This demonstrates a spectacular failure to respond to some of the most pressing issues raised by rural people. What they propose for traditional leadership is what can best be described as cosmetic. It is an attempt to reconfigure the institution of traditional leadership, without taking the power and giving it to the people. This leaves rural people locked into second class citizenship. They are condemned to be led by feudal lords who are used by politicians and unscrupulous mining companies for their own selfish ends.

This only perpetuates the continuing domination of rural people by a small feudal and mainly male rural oligarchy. It only cements the exclusion of women from decision-making processes. And it further entrenches the power of rogue traditional leaders to sell off pieces of land and make deals with multinational companies, as with the Xolobeni community in the Eastern Cape.

The strategy of appeasing traditional leaders will surely not do anything for democratisation and development of rural areas. It will only create distance between political parties and the rural electorate.

There are also rural areas, such as the area I come from, with no history of traditional leadership for at least the past 50 years. Governance in these areas has completely disintegrated too, with thoroughly inept municipal councils, completely detached from the people. In the absence of these structures of governance, civil society movements play a crucial role in plugging some of the gaps, and in facilitating alternative forms of economic participation, from the ground up. These civil society movements, such as Ntinga Ntaba ka Ndoda in Keiskammahoek, despite their noble ideals and supernatural determination, are also locked in another struggle, the struggle to merely survive. One day, perhaps we may write about the tragic hypocrisy of the civil society movement, the gatekeeping and the attempt to control the struggles of rural people by urban based people with access to huge donor funds, whose work in entrenching rural democracy is only superficial.

As things stand, rural people are caught. On the one hand politicians who are woefully out of their depth in terms of understanding what needs to be done. On the other, established civil society organisations who only see rural people as a means through which they can access money and prestige, while stunting authentic development of rural-based civil society organisations. Rural people remain alone, locked in grinding poverty and imposed underdevelopment. But they persist, as they have always done, to live their lives in dignity. Rural people are truly on their own.