In the first of a two part series, Stephen Faulkner explores some of the factors that have provided the ground for corruption to take hold within the trade union movement. In the second part he will look at responses from those who are fighting corruption and the lessons they have accumulated for restoring workers control from below.

Political commentators and activists on the Left have tended to lay the blame for corruption at the door of neoliberalism. We understand the insistence on privatisation of public services, and the opportunities it provides for dubious ‘tenderpreneurs’. We have read about the unbridled use of ‘facilitation fees’. They have regularly been a tool of big business to capture contracts. They surfaced during the notorious arms deal.

Making government ‘lean and mean’ has undermined its capacity to police transactions and to insist on accountability and transparency. Poverty and insecurity allow a growing culture of corruption to take root, even in our own communities and organisations. Little seems to have been written about it, but it’s time to pay attention to it.

Defensiveness is understandable but damaging
Trade unions have been under a long and sustained attack by capital and its governments. So some defensiveness within workers’ movements is understandable. We are reluctant to lay bare the problems of corruption within our own ranks because it might weaken our organisations. The ruling class and the bourgeois media relish a scandal that exposes the hypocrisy of popular leadership, and which can serve to undermine solidarity and trust.

The problem, however, is that corruption within our movement does exist. Like all denialism, refusing to acknowledge it eventually leads to chronic disempowerment, paralysis and the undermining of class confidence.

‘Corruption’ can be used as a weapon by the corrupt
Corruption is a peculiar creature. It takes time to prove. It often requires expert intervention to assemble the facts and establish the truth. This allows those in power to use accusations of corruption to ruin the reputations of those who are politically challenging them. This tactic is often used by the corrupt themselves.
Look at the accusations that have been levelled against Comrade Zwelinzima Vavi, for example. The outcome of the audited reports was used to try and destroy his credibility, despite the fact that any sensible reading of those reports cleared him of any personal responsibility.

Anonymous statements to the media, false leaks, innuendos and rumours flew around before the audited reports were finalised. Screaming headlines accusing union leaders of corruption have an impact. There is not the same coverage later, when those headlines prove false and malicious.

Understanding corruption
We need to look at a number of factors to understand how corruption works within our movement and how to begin to tackle it and build safeguards against its continuation.

Worker control has declined. Most of the unions in the Cosatu tradition have worker control embedded in their constitutions. Worker controlpractices were all designed to ensure that paid union officials did not become bureaucratic elite and usurp the power of elected workers. These practices included report-backs from meetings to members, frequent general meetings and taking decisions on the basis of mandates. Certainly the decline of these practices has paved the way for levels of unaccountability to rise and be consolidated.

So why has this decline happened? One of the most compelling explanations points to the demobilisation and, some would argue, the de-politicisation of the working class, given the outcomes of the democratic dispensation and the absence of a clear working class agenda.

The promotion of the NDR (National Democratic Revolution) must also be critically examined, together with its largely inflexible two-stage theory of advancing towards a socialist South Africa. Put bluntly, Stage 1 is primarily concerned with removing the dead weight of the legacy of apartheid, and overcoming its racial imperatives. Advancement of distinctive working class interests is held in abeyance until this process is completed. This must contribute to levels of demobilisation. As one shop steward put it recently in a workshop, ‘while we were waiting for the management of our plant to change colour, we lost our redness!’

Social distance has opened up between the leadership of unions and the rank and file they represent. Many union leaderships no longer live, work, educate their children or play in the same social settings as their members, as they once did. They have aspired to, and in the process have acquired higher salaries, benefits, invisible perks and access to additional means of income. One example is receiving allowances for sitting on boards. It would take an exemplary leader to renounce the scrabble towards this type of accumulation, and to opt instead for a life of simplicity and modesty. 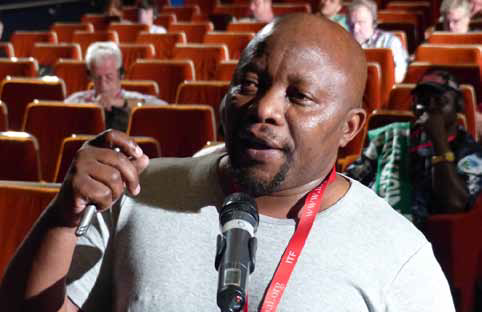 SATAWU general secretary, Zenzo Mahlangu, was arrested with several other union leaders in connection with the
disappearance of millions from the union’s trust fund.

The scale of union undertakings and business unionism is another issue. Unions are now huge organisations. They handle millions of rands. They employ sometimes hundreds of people. They manage substantial property portfolios. Some increasingly appear to be in the business primarily of making money through their investment arms, rather than through increased membership subscriptions. Business unionism distorts the very purpose of trade unionism. It moves the emphasis away from building collective membership power through engagement, and towards expanding bank accounts on behalf of, not with, the members.

Trade union leaders are not trained in managing large organisations, containing huge amounts of human and material resources. They often tend to ‘subcontract’ this area of responsibility to so-called professionals, who do not share sensitivity to accountability and transparency. The activities of investment arms become removed from membership accountability. In many cases they dictate to unions instead of the other way round. It is a short step from establishing an investment arm to being a recipient of its largesse.

There are extreme cases. CEPPWAWU is an example. A senior union leader is also the CEO of his own business. That business invests for private profit in the same company where members are employed and exploited. This union has not held an NEC for four years, in flagrant disregard of its own constitution. Yet it is still welcomed into the Cosatu fold because it votes with the leadership faction.

Fighting corruption and rebuilding accountability
Corruption in other parts of society is tolerated, excused and covered up. The perpetrators are bought off, even promoted and escape conviction or being held to account. So why should it be any different with trade unions?

In Samwu for example, membership action, followed by police investigations, have helped to uncover serious irregularities. But for the last two years the main perpetrators have escaped arrest and conviction. In the recent Satawu case, it took four years to secure a conviction. In the meantime, membership cynicism grows, demobilisation deepens, levels of representation diminish. The prospects for rooting out the corrupt become increasingly poor as money continues to change hands to buy and sell political support. The growth of what can only be described as gangsterism then emerges, where even violent and illegal actions are used to silence dissent.

In the case of Samwu, the purging of literally the cream of the union’s provincial leadership, even when it represented a clear majority of the membership, has left the union in tatters. It is incapable of fulfilling the most basic functions of a trade union: defending members’ interests and improving their terms and conditions.

Meanwhile the besieged national leadership zigzag politically to secure the protection of the Federation. Samwu is now a long, long way from being the militant, worker controlled, independent and democratic union it once was. This shows in its abject capitulation to the employers in the latest wage negotiations.

Many who wanted to preserve the integrity of Samwu’s original tradition have broken away and formed a new union, the Democratic Municipal and Allied Workers Union of SA (Demawusa). Thousands of municipal workers have received it with enthusiasm. 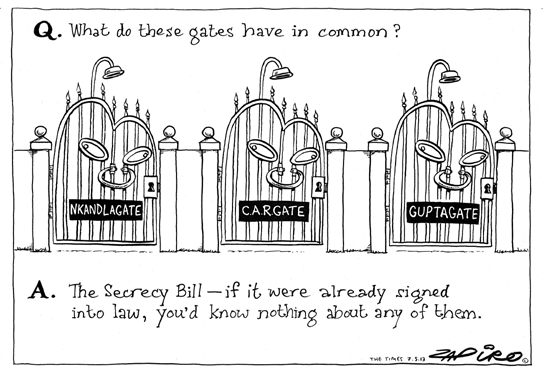 September 23! on your feet against corruption
The Nine Plus Unions recognised the need to tackle and defeat widespread corruption and have initiated the ‘United Against Corruption’ Campaign. This is a deliberately broad-based campaign involving unions, communities, faithbased organisations and civil society. It promises to organise one of the largest mobilisations of recent times on September 23 in Pretoria and Cape Town and many other places.

More than 300 organisations and over 700 prominent individuals have endorsed the call for the campaign. Amongst them will be those unionists who have suffered at the hands of corruption themselves, and those who want to ensure that democracy, accountability, and worker control, are reasserted in their own unions as an indispensable part of rebuilding workers power. Not a day too soon.

Stephen Faulkner is one of the co-coordinators of SAFTU. He writes in his personal capacity.