Issue 43/44 of Amandla magazine ran a special feature on climate change ahead of COP 21 in December 2015. An Amandla correspondent wrote this piece which gives an introduction to the issue of climate change. Read this short article to get a good idea of seriousness and scale of the ecological crisis. 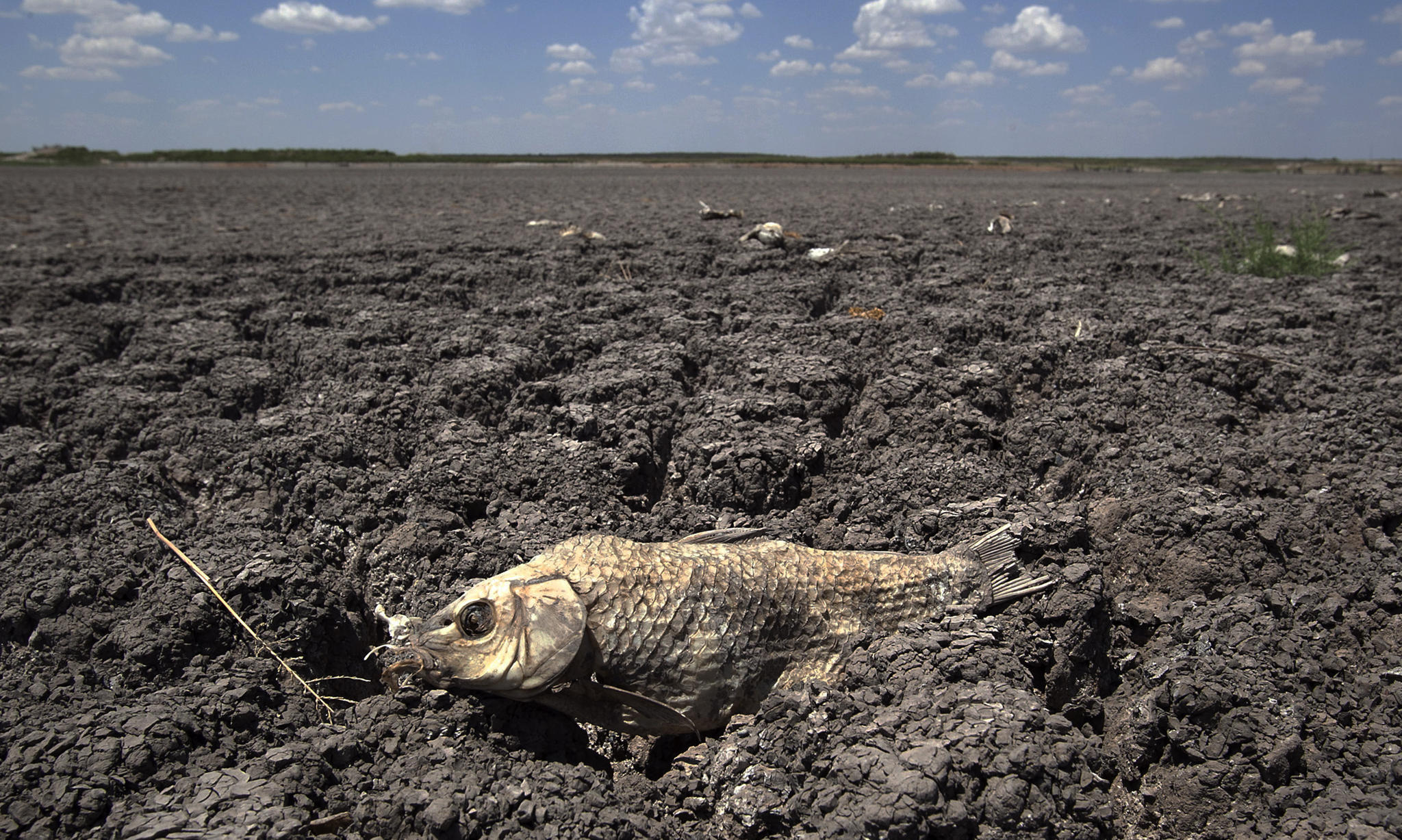 The remains of a carp is seen on the lake dried out lake bed of O.C. Fisher Lake Wednesday, Aug. 3, 2011, in San Angelo, Texas. A bacteria called Chromatiaceae has turned the 1-to-2 acres of lake water remaining the color red. A combination of the long periods of 100 plus degree days and the lack of rain in the drought -stricken region has dried up the lake that once spanned over 5400 acres. (AP Photo/Tony Gutierrez)

Global Warming
The planet is warming and this threatens life as we know it. Already the rise in temperature by just 0.8 degrees has created devastating weather events – droughts, floods and killer storms. Hundreds of thousands have already been killed and millions have become refugees. If temperatures rise by more than 1.5 degrees, millions of mostly poor people will die, and vast parts of our planet will no longer be able to sustain life.

The burning of coal, oil and natural gas (fossil fuels) creates carbon dioxide gas, which stays in the earth’s atmosphere for hundreds of years. It
creates an insulating blanket which traps the sun’s heat in the atmosphere and makes the earth warmer. That’s why carbon dioxide, and other gases (methane, water vapour, nitrous oxide, ozone), are called greenhouse gases (GHG s).

Rising temperatures melt the ice sheets of Greenland, and Antarctica and lead to rising sea levels. People in low-lying areas get flooded. Several island states, such as the Maldives, Marshall Islands, Tonga, Antigua and Nevis will disappear under the sea. Millions living in low-lying areas will have to flee their homes. 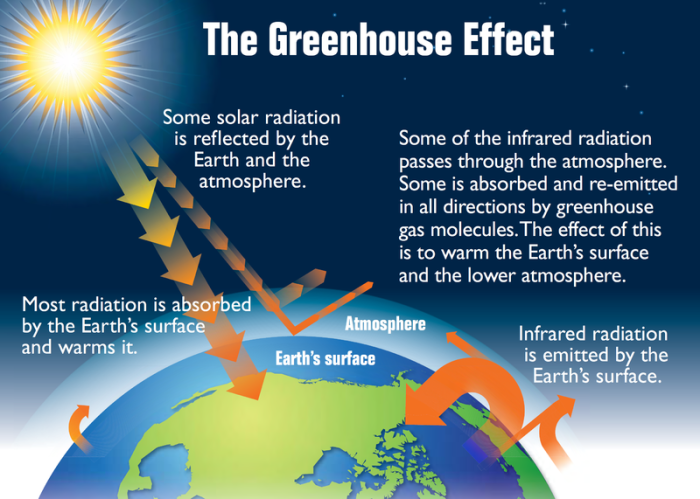 We must stop our emissions
To save life on planet earth we have to stop pumping GHG s into the atmosphere. This means we must stop using coal to create electricity and oil and gas to power our vehicles and machines and heat our homes. We also have to stop using fertilisers and pesticides to grow food.

The most important is the United Nations Framework Convention on Climate Change (UNFCCC), which is an international environmental treaty. The objective of the treaty is to “stabilize greenhouse gas concentrations in the atmosphere at a level that would prevent dangerous anthropogenic (human impact) interference with the climate system”.

Almost all countries of the world are members of the UNFCCC. They meet annually in a Conference of the Parties (COP) to assess progress. In 2011, the 17th COP was held in Durban. COP21 takes place from 28 November to 12 December 2015 in Paris. It is tasked with reaching a binding agreement to cut GHG emissions so that the average temperature does not rise more than two degrees above the level at the beginning of the industrial period (around 1750).

Although it is the common responsibility of all countries to prevent climate change, developed countries, such as USA , Britain and Germany, are required to make the biggest cuts as they have polluted the most. This is known as the principle of “common but differentiated responsibility”.

During the last 20 climate summits they have done everything to avoid cutting their emissions. COP 21 in Paris was to be the summit where an ambitious and binding agreement would be signed that would cut emissions to a level required to remain under the 2 degrees. However, the USA and other developed countries have used their power to undermine common and differentiated responsibility.

Countries have been asked to submit voluntary commitments, known as Intended Nationally Determined Contributions (INDCs). They cannot be held to account on these INDCs. But even if they could, what they have promised will ensure an average temperature increase of between 3 and 4 degrees by the end of the century.

Capital is committed to increasing emissions
To prevent a 2 degree increase, much of the remaining fossil fuels must remain in the ground and under the sea. In addition, the clearing of millions of hectares of forests and grasslands for big industrial agriculture must be reversed. 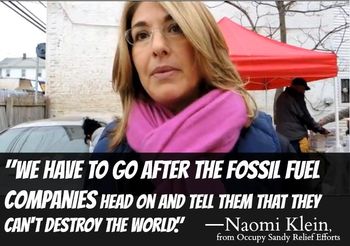 This is where the objectives of stopping climate change comes into conflict with capitalism. The biggest and most powerful capitalist firms are transnational corporations like ExxonMobil, BP, Shell, Anglo American, BHP Billiton and Glencore Xstrata. They own huge reserves of coal, oil and gas and their future depends on extracting these. Extremely powerful financial institutions have heavily invested in this extraction. They are joined by the major motor vehicle, airline and shipping companies. Apart from transport, the food and agricultural industries are responsible for the greatest emission of greenhouse gases.

Competition forces corporations to constantly seek ways to produce more things and to grow. Growth is part of the DNA of capitalist production. Capitalist competition and the thirst for profits stand as the biggest obstacle to preventing catastrophic climate change.