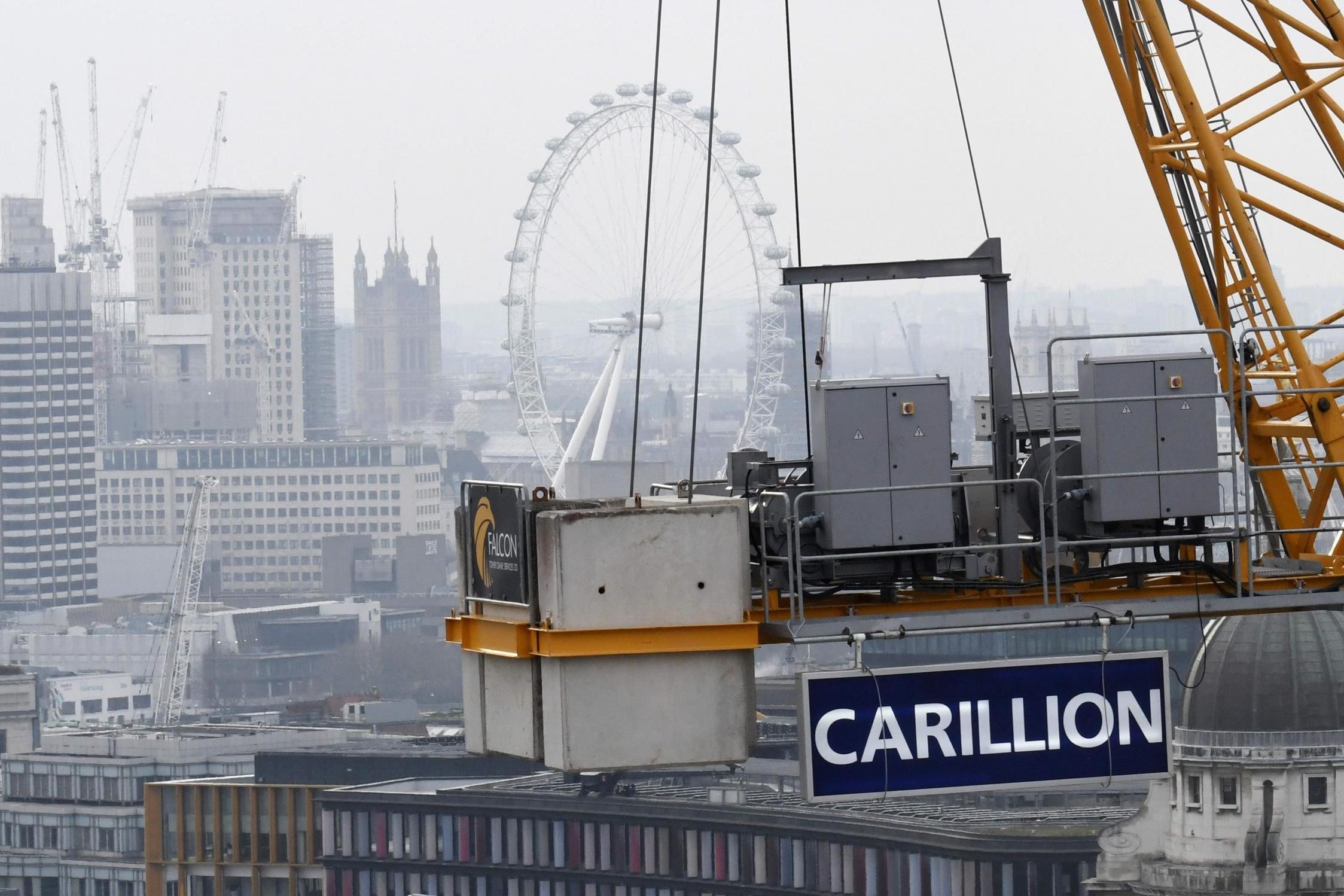 Carillion employed about 20,000 people in the UK and had more staff abroad. It specialised in the construction of public roads, rail and bridges and “facilities management” and ongoing maintenance for state schools, the armed forces, the rail network and the UK’s national health service.

A few weeks ago, Martin Wolf, Keynesian economics journalist for the UK’s Financial Times, wrote a piece arguing that the renationalisation of privatised state companies was a ‘dead end’. It would not solve the failures of privately owned and run public services in the UK and elsewhere.

And yet within a week or so, it was announced that one of the leading construction and service companies in the UK that has got much of the “outsourced” previously publicly owned projects had gone bust. Carillion, as it likes to call itself, employed about 20,000 people in the UK and had more staff abroad. It specialised in the construction of public roads, rail and bridges and “facilities management” and ongoing maintenance for state schools, the armed forces, the rail network and the UK’s national health service.

The workers pay with jobs and pensions

But it seems that it had taken on too many projects from the UK public sector at prices that delivered very narrow margins. So, as its debt and its profitability disappeared, it began to run out of cash. Carillion ran up a huge debt pile of £900m. But this did not stop the Carillion board lying about their financial state, continuing to pay themselves large salaries and bonuses and fat dividends to their shareholders.

In contrast, the company did little to reduce a mounting deficit on the pensions fund of their 40,000 global staff, putting their pensions in jeopardy. Indeed, Carillion raised its dividends every year for 16 years while running up a pensions deficit of £587m. It paid out nearly £200m in dividends in the last two years alone. The recently sacked CEO took home £660,000 a year plus bonuses.

But eventually, the bank creditors had enough and pulled the plug on further loans and Carillion has closed. With the liquidation of the company, thousands of jobs are likely to go, while pension benefits could be cut and the British taxpayer will have to pick up the bill of maintaining necessary services previously provided by Carillion.

The government has announced it will guarantee the salaries of employees in 450 public sector contracts run by Carillion. So the taxpayer will be covering these. But over 60,000 employees working on private sector jobs are likely to receive no more wages from now, while up to 30,000 sub-contractors have invoices of £1bn that are unlikely ever to be met.

Outsourcing is a nonsense

Carillion is a very graphic confirmation that outsourcing public services and sectors to private companies to “save money” on “inefficient” public sector operations is a nonsense. The reason for privatisation and outsourcing has really been to cut the costs of labour, reduce conditions and pension rights for employees and make a quick buck for companies and hedge funds. But such is competition for these contracts that, increasingly, private companies cannot sustain services or projects even when they have cut costs to the bone. So they just pull out or go bust, leaving the taxpayer with the mess. It’s a microcosm of capitalist economic collapse.

Carillion is not the first example in the UK. The 2007 failure of Metronet, which had been contracted to maintain and upgrade the London Underground, cost the taxpayer at least £170m. In the UK, outsourcing of public sector operations has reached 15% of public spending or about £100bn. So more may be under threat. Indeed, half a million UK businesses have started 2018 in significant financial distress, according to insolvency specialist Begbies Traynor, as the UK economy felt the effects of higher inflation, rising interest rates, growing business uncertainty and weaker consumer spending.

For the last 25 years, the UK government, starting with Thatcher and continued by right-wing Blair and Brown Labour governments, has resorted to “private finance initiatives” to fund public sector building of schools, hospitals, rail and roads. Under the PFI, banks and hedge funds fund the projects in return for interest and income paid by the operators of the projects, with payments spread over 25 years. The idea was to keep down “public debt” levels. But of course, this was at the expense of future generations of taxpayers.

According to the UK’s National Audit Office in a new report, taxpayers will be forced to hand over nearly £200bn to contractors under PFI deals for at least the next 25 years. And there was little evidence that there were any financial savings in doing PFI – indeed the cost of privately financing public projects can be 40% higher than relying solely upon government bonds, auditors found. Annual charges for these deals amounted to £10.3bn in 2016-17. 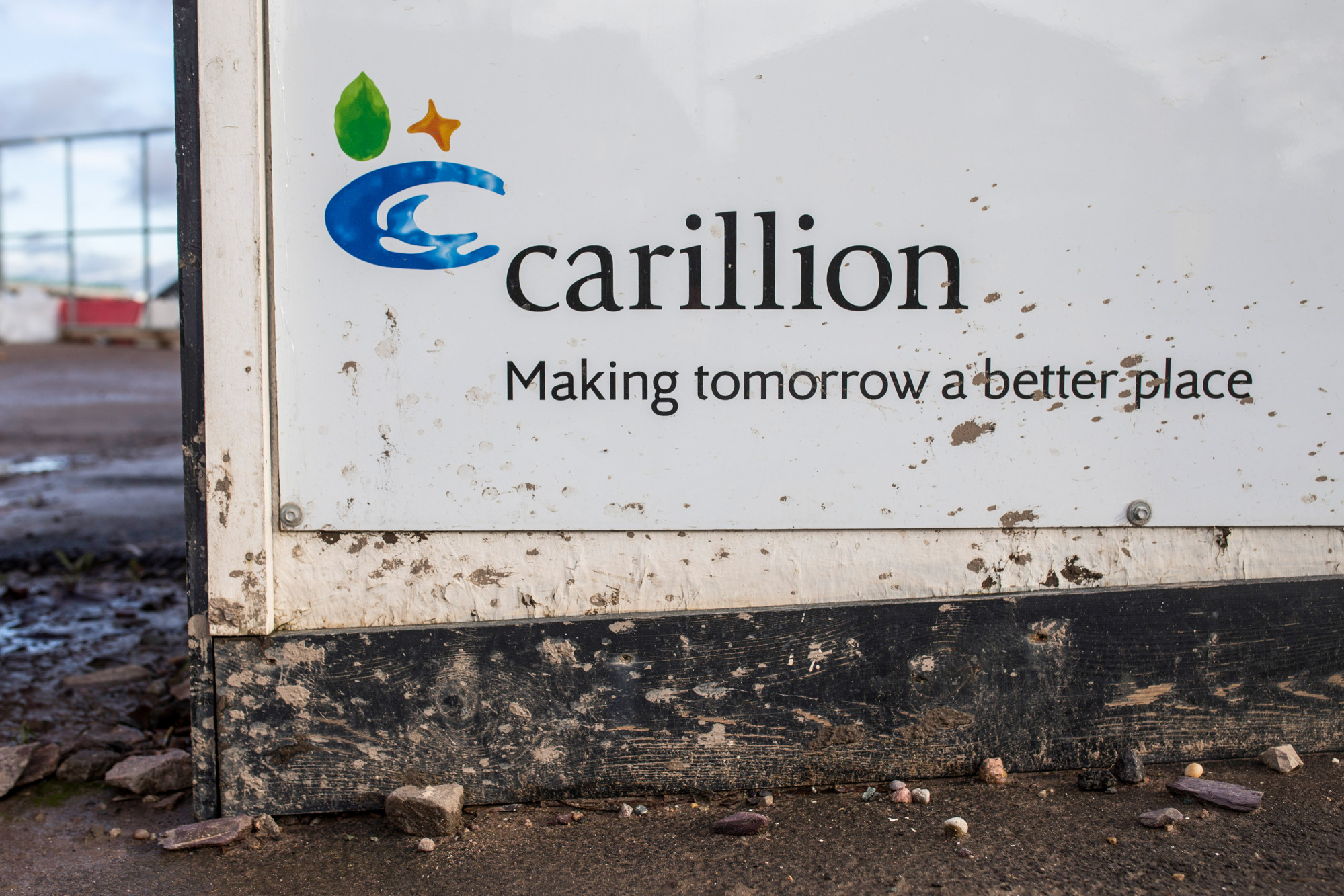 The Carillion Plc logo sits on hoarding surrounding the Midland Metropolitan Hospital construction site, operated by Carillion. Carillion is a very graphic confirmation that outsourcing public services and sectors to private companies to “save money” on “inefficient” public sector operations is a nonsense.

Even if no new deals are entered into, future charges that continue until the 2040s amount to £199bn. “After 25 years of PFI, there is still little evidence that it delivers enough benefit to offset the additional costs of borrowing money privately,” … many local bodies are now shackled to inflexible PFI contracts that are exorbitantly expensive to change.”

And yet Martin Wolf reckons that it does not make sense to renationalise privatised state operations. He makes the usual claim that state companies were huge, inefficient behemoths that were not accountable to the public, “chronically overmanned and heavily politicised. They either underinvested or made poor investment decisions”. Oh, unlike the private profit monopolies that now run Britain’s utilities, rail and energy and broadband!

Wolf digs up some research from the 1980s and 1990s by William Megginson of the University of Oklahoma who argues that public companies were more inefficient than the private counterparts. Wolf also cites research from 2002 that British railways have been more efficient under the nightmarish private franchise experiment that rail travellers have experienced since 1997 along with the disastrous collapse of RailTrack, the private company that took over the maintenance of the track. Tell this to rail travellers and staff.

Privatisation does not work

There is, however, a pile of research that reaches opposite conclusions from Wolf’s sources. I quote from the recent report of the Public Services International Research Unit (PSIRU): “there is now extensive experience of all forms of privatisation and researchers have published many studies of the empirical evidence on comparative technical efficiency. The results are remarkably consistent across all sectors and all forms of privatisation and outsourcing: there is no empirical evidence that the private sector is intrinsically more efficient. The same results emerge consistently from sectors and services which are subject to outsourcing, such as waste management, and in sectors privatised by sale, such as telecoms.”

Detailed studies of the UK privatisations of electricity, gas, telecoms, water and rail have also found no evidence that privatisation has caused a significant improvement in productivity. A comprehensive analysis in 2004 of all the UK privatisations concluded: “These results confirm the overall conclusion of previous studies that …privatisation per se has no visible impact …. I have been unable to find sufficient statistical macro or micro evidence that output, labour, capital and TFP productivity in the UK increased substantially as a consequence of ownership change at privatisation compared to the long-term trend.”

Evidence from developing countries points to the same conclusion. A global review of water, electricity, rail and telecoms by the World Bank in 2005 concluded: “the econometric evidence on the relevance of ownership suggests that in general, there is no statistically significant difference between the efficiency performance of public and private operators”.

Public ownership is not of “totemic significance” to the left, as Wolf harps. It is based on clear evidence that delivering services that people need is best done within a plan and not based on the level of profitability for the likes of Carillion. Yes, public ownership and state companies that become just milk cows for the profits of the private sector, without any democratic control, are not what we require. But democratically run public companies as part of a plan for production for need are not “a dead end”, but the future.

Michael Roberts is a Marxist economist. He blogs at https://thenextrecession.wordpress.com/