Trial in Mbizana on Tuesday 13 June for the attack during Xolobeni funeral of Bazooka Radebe.

On 6 June, Mining Minister Mr Zwane finally decided an 18 month moratorium for mining applications in Xolobeni on the Wild Coast. It was in September last year he announced “the intention” to do that.

On this Tuesday 13 June, the Mbizana Magistrates Court has scheduled the trial against the leader of an attack during the funeral of Sikhosiphi ‘Bazooka’ Radebe. Mr Radebe was murdered by two hitmen in March last year. He was the chair of Amadiba Crisis Committee.

During Radebe’s funeral, two journalists from The Citizen were guided by two locals to see the red dunes of Xolobeni. Leaders of the mining lobby, Mr Ntethelelo Madikizela and Mr Mpetha Ndovela, followed them from the funeral. They organised a crowd to attack when the journalists’ car got stuck close to the two homesteads of the Qunya family. Mr Zamile Qunya leads the mining lobby since a decade. He is also a director of the Australian mining company MRC’s mine in Tormin, Western Cape.

Both Ms Simnikiwe Hlatshaneni and her journalist colleague, Mr Nigel Sibanda, were beaten. Mr Sibanda was admitted for injuries in the legs. Mr Moses Mbuthuma from Sigidi village was bush-knifed in the head and suffered a broken arm. He has still not been able to resume his work as fisherman in PE. 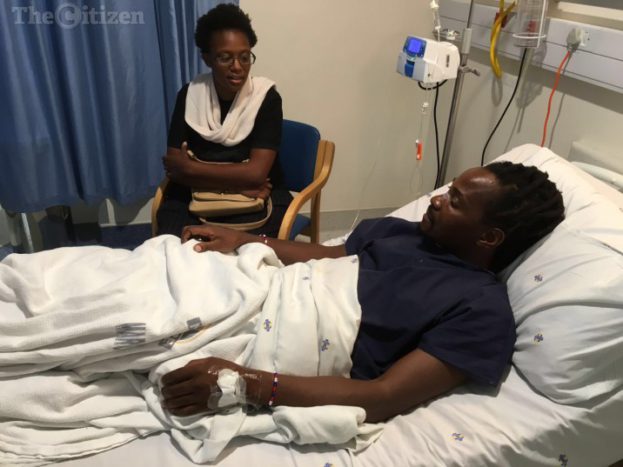 The funeral and attack took place 2 April last year. At a big “SAPS imbizo” 19 July, the Deputy Minister of Police was made aware that the medical reports from the attack (called “J88”) had not been picked up at the Margate hospital by local SAPS. After this embarrassment, the investigation was moved from the local police to an investigator in PE. As a result, SAPS officers did come from PE to interview witnesses in Xolobeni as well as the two journalists in Pretoria.

Moses appeared in court a first time four weeks ago. So did the accused. The journalists also opened cases after the attack last year. They have not been called or even informed. Neither have other key witnesses been called to attend.

All similar cases have been dropped. The Xolobeni community does not hope much from the Magistrates Court in Mbizana.

Still, the Amadiba Crisis Committee will come in numbers to support Moses on Tuesday and demand that justice is made.

For the legal case against the N2 “Green Route” Toll Road through coastal Amadiba area on the Wild Coast: Cormac Cullinan 0829299055 (C.Cullinan and Associates).