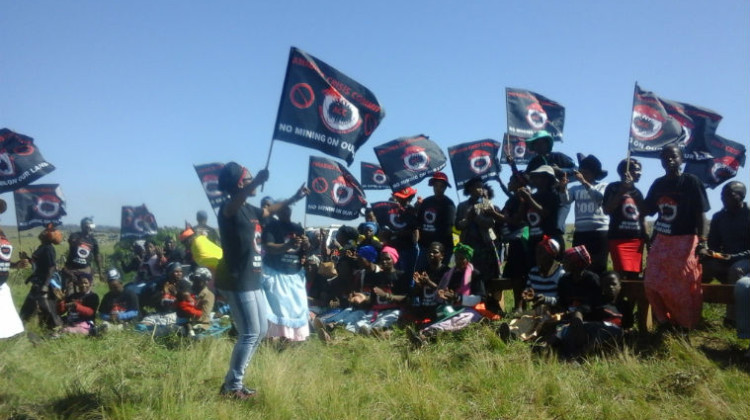 Invited in February by Umgungundlovu Traditional Authority, SANRAL’s new CEO Skhumbuzo Macozoma has confirmed he will visit the Umgungundlovu Great Place in Xolobeni. This will be this Thursday, 6 April. The meeting will be joined by a large delegation from the Royal House of Qaukeni led by the Queen of AmaMpondo, LoMbekiso Sigcau.

SANRAL’s “Green Fields” section of the N2 High Way Toll Road will divide Sigidi and Mdatya villages 3km from the coast. It will directly affect over 60 homesteads in Umgungundlovu area: 20 in Lurholweni Township and over 40 in the coastal rural area. In addition, 20 homesteads in the inland part of Amadiba will be directly affected. This plan is opposed by the traditional authority on the coast that hosts Thursday’s meeting. In court, SANRAL’s plan is challenged by Umgungundlovu villages Mdatya and Sigidi, as well as conservationist Mr Sinegugu Zukulu from Baleni village in Amadiba.

The close-to-coast N2 Toll Road is however supported by Amadiba chief Lunga Baleni. Chief Baleni joined the application for Xolobeni mining in 2013. He became director in the Australian subsidiary TEM in 2015. Last year, Mr Baleni also registered a “N2 Wild Coast Development” company together with SANRAL’s N2 consultant Mr Ntsizakalo Ngalo. Mr Baleni has tried to “withdraw” the court case against SANRAL — “on behalf of” Mdatya and Sigidi villages, as it were. SANRAL argues in court that only mining director Baleni can represent the affected community.

The matter of representation has still after more than three years not been decided by a court. This has delayed the main case against ‘Green Fields’ N2..

SANRAL also argues that all necessary consultations have been done. For this reason, Thursday 6 April is not a public consultation. Instead, coastal Amadiba residents will inform the AmaMpondo Queen’s delegation and SANRAL’s new CEO what SANRAL has done in the community so far, what they think about the “Green Fields N2” and what they think Mr Macozoma should do with it.

Distance to Komkhulu in Xolobeni from Port Edward is about 1 hour. Meeting is scheduled to start 10.00 a.m. For more information and closer road description: